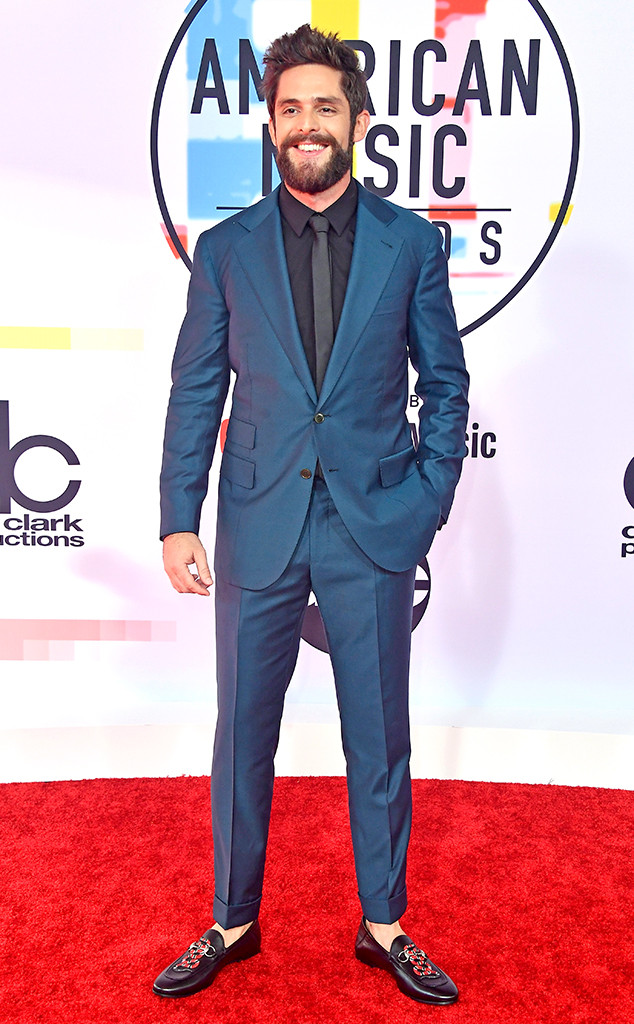 Music that moves you!

This year’s American Music Awards is shaping up to be one of the best awards show lineups this year. Performers include Lizzo, Selena Gomez, Dua Lipa, Taylor Swift, and now, Thomas Rhett. The country singer will take the stage on Nov. 24 at the Microsoft Theater in Los Angeles, Calif. However, he’s not just going to do any old performance, Thomas is teaming up with Wells Fargo to make sure his musical number is also a way to give back to the community.

The country crooner will be partnering up with the company to help raise awareness for its Holiday Food Bank benefiting Feeding America®. Thomas has decided that he will volunteer with Wells Fargo team members at a local food bank prior to performing on the American Music Awards stage. It may be unconventional, but Thomas made a career out of playing by his own rules.

Thomas’ performance we’ll be one of many outstanding performances throughout the evening. Taylor Swift will also be the toast of the town that evening, because along with her performance, she’s also the 2019 American Music Awards Artist of the Decade recipient.

“She’s won more #AMAs than anyone this decade…She’s a five-time 2019 #AMAs nominee…AND she’s performing at this year’s #AMAs LIVE on Nov. 24… @taylorswift13 is our ARTIST OF THE DECADE,” the AMAs Twitter posted when they announced the news. Plus, this year marks Billie Eilish‘s first ever awards show performance.

Safe to say, this year’s American Music Awards are going to be a night to remember.