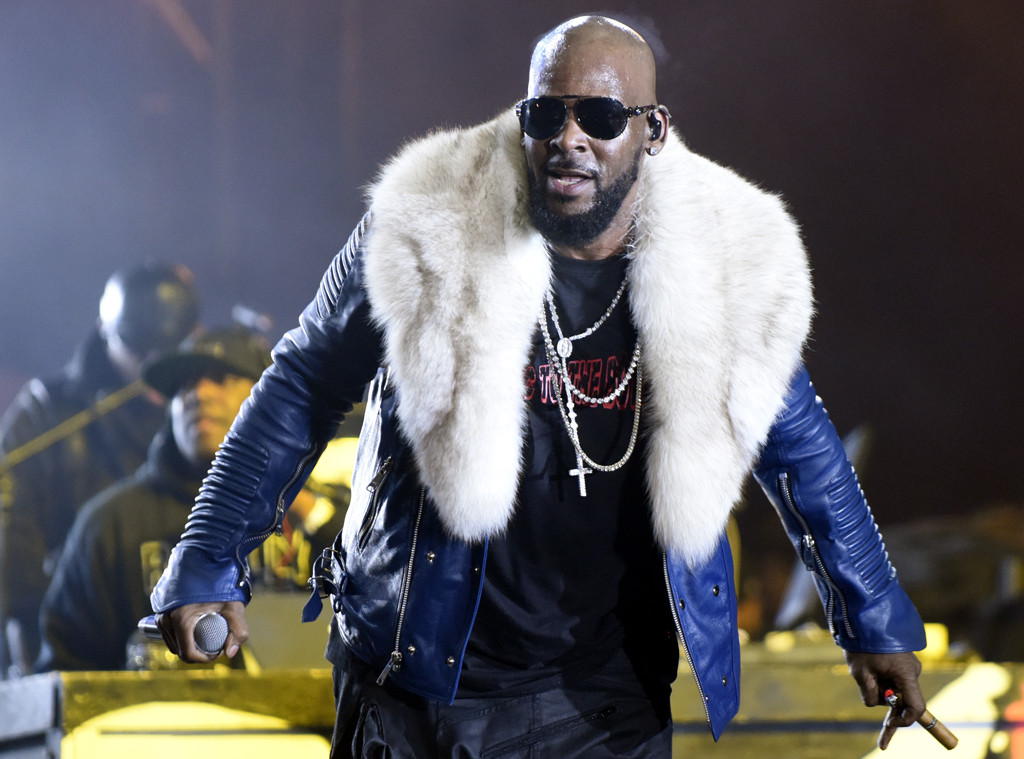 The singer, who pleaded not guilty to 10 counts of aggravated criminal sexual abuse last month, has spoken out for the first time about the charges he’s facing and the various misconduct allegations waged against him in recent years in a sit-down interview with CBS This Morning‘s Gayle King.

After sharing teaser clips on Tuesday night, the network aired the first few portions of the lengthy conversation on Wednesday morning. The interview has not gone unnoticed by the public as the three-time Grammy winner grew emotional during the interview, eventually raising his voice and breaking down in tears as he denied the claims about him. “This is not me! I’m fighting for my f–king life!” he said directly into the camera.

Here are more bombshell moments from what we’ve seen of the interview so far:

While addressing all of the alleged “lies” about him, R. Kelly told King he doesn’t really know what a cult is, but “I know I don’t have one.” Allegations that he was running a “cult” arose in 2017.

“Correct me if I’m wrong, that you have never held anybody against their will,” King asked the star. “I don’t need to,” the singer responded. “Why would I? How stupid would it be for R. Kelly, with all I have been through in my way, way past to hold somebody, let alone 4, 5, 6, 50 you said, how stupid would I be to do that? That’s stupid guys!”

Speaking directly to camera, he continued, “That’s stupid! Use your common sense. Forget the blogs. Forget how you feel about me. Hate me if you want to, love me if you want, but just use your common sense. How stupid would it be for me, with my crazy past and what I’ve been through…Oh, right now I just think I need to be a monster and hold girls against their will, chain them up in my basement and don’t let them eat and don’t let them out unless they need some shoes down the street from their uncle. Stop it. Quit playing.”

After Kelly claimed all the women who came forward in Lifetime’s Surviving R. Kelly docu-series were “lying on me,” King asked how all of the women’s accounts of his alleged abuse could be so similar. Kelly blamed social media.

“You can start a rumor on a guy like me or a celebrity just like that. All you have to do is push a button on your phone and say so and so did this to me, R. Kelly did this to me. If you get any traction from that, if you’re able to write a book from that, if you’re able to get a reality show, then any girl that I had a relationship in the past that it just didn’t work out—she can come and say the exact same thing,” he told King. “I’m talking about the power of social media.”

After denying that he has ever broken the law when it comes to women, Kelly reflected on the Lifetime show. “If you really look at that documentary…everybody said something bad about me. Nobody said something good. They was describing Lucifer. I’m not Lucifer,” he said. “I’m a man. I make mistakes, but I’m not a devil and by no means am I monster.”

In the course of the interview, Kelly repeatedly denied every doing anything illegal with women or having sex with women under the age of 17. “Absolutely not,” he told King. During the interview, he also pointed out that there are “real girls out there being abducted, being raped.”

“I need help. This is the kind of help I need. I need somebody to help me not have a big heart because my heart is so big,” he told King. “People betray me and I keep forgiving them.”

When King told him he was playing the victim card, Kelly told her he was just telling the truth and acknowledged this was the first time he could speak out.

Later on in the interview, he  agreed he needed to go to therapy. “At this point, I’m definitely talking about that.” When asked about being molested in the past, he told King it has “absolutely not” affected his behavior, but any struggles he’s had in the past have affected his music.

During the interview, Kelly was asked about his relationship with the two women he currently lives with, Azriel Clary, 21, and Joycelyn Savage, 23. “I love them and it’s like they’re my girlfriends, it’s like we have a relationship. It’s real and I’ve known guys all my life to have five or six women, ok, so don’t go there on me because that’s the truth.” As for their age, Kelly said, “I don’t look at ‘much younger’ than me, I just look at ‘legal.'”

He denied having sex with Clary when she was 17 years old, an allegation made by her parents. “Although her parents wanted me to,” Kelly retorted. Elaborating further on his claim against Clary’s parents, Kelly told King, “What kind of father, what kind of mother will sell their daughter to a man?…How come it was ok for me to see them until they weren’t getting no money from it? Why would you take your daughter—if I’m going to take my daughter and she’s 19 years old to a 49-year-old icon, whatever, celebrity R. Kelly concert or whoever it is…I’m not gonna put her on the stage and leave her. I’m gonna take her to the concert. Their father is more into my music and know about my music than they do.”

Trying to clarify, King asked, “You’re saying the parents handed their daughters Azriel and Jocelyn over to you? Is that what you’re saying to us?”

Clary and Savage were also interviewed and a portion of that aired on Wednesday, showing a very emotional Clary expressing criticism.

“I’m crying because you guys don’t know the truth. You guys are believing some f–king facade that our parents are saying. This is all f–king lies for money. If you can’t see that, you’re ignorant and you’re stupid.”

8. “I want a relationship with my kids.

During the interview, Kelly told King it’s not his career he’s really concerned with, but rather to fight for his rights and to have a relationship with his children. He has two sons and a daughter with ex-wife Andrea Lee. “I want a relationship with my kids because I’ve missed a lot of years of their life. They love me. I love them,” he told King, though he acknowledged they’ve been “pressured” to not have a relationship with him. His 21-year-old daughter, who goes by Buku Abi, previously spoke out about Kelly, stating it has been years since she’s seen or spoken to him and would never condone anything negative he has allegedly done. When asked what he would do if his daughter experienced the type of behavior he’s accused of, Kelly said, “I would have to arrest myself after I did what I had to do.”