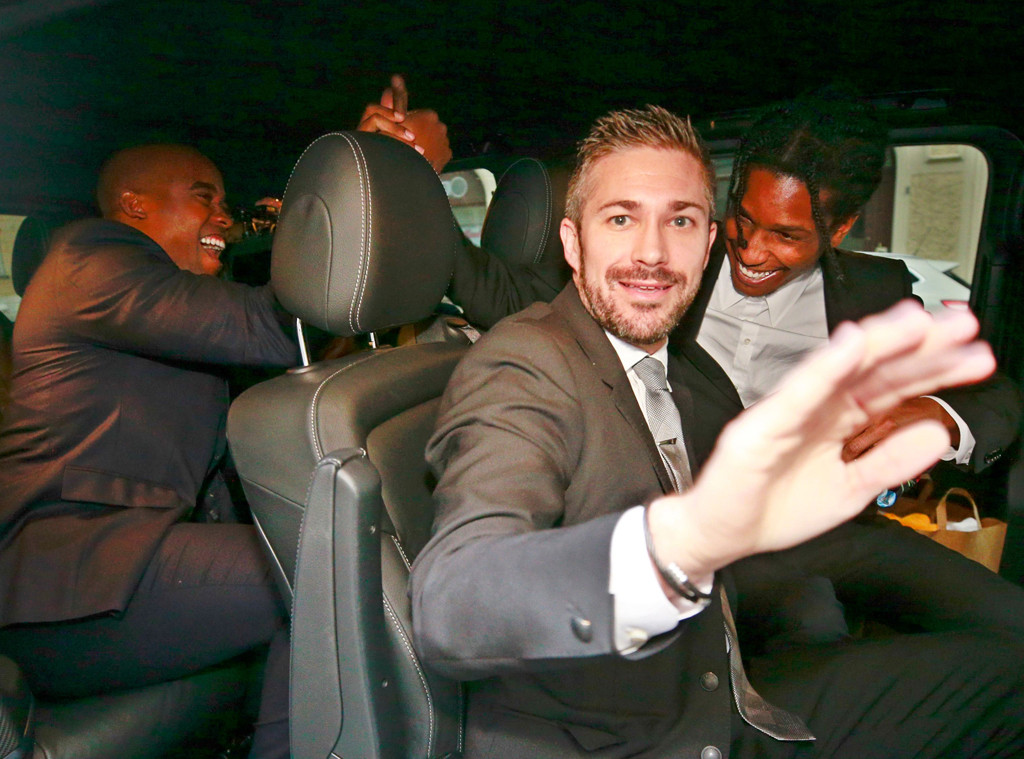 UPDATE: A$AP Rocky‘s ongoing, headline-grabbing legal case has finally reached a conclusion. On Wednesday morning, he was found guilty of assault by a Swedish court. However, he will not serve time behind bars.

Rather, the rapper, along with two members of his entourage, were handed conditional sentences after judges found that the assault was not “of such a serious nature that a prison stance must be chosen.”

Rocky, who said he was acting in self-defense when he engaged in a street fight in June, was released from jail in early August and quickly returned to the U.S. He will have to pay damages to the victim and repay the state for its expenses throughout the legal battle.

UPDATE: After a month in jail in Sweden, A$AP Rocky was released on Friday until a judgment in his trial on August 14. “We are satisfied. My client is a free man today,” the rapper’s attorney told the press. “We are hoping for an acquittal in 14 days, but we will have to wait and see.”

The star took to social media, telling fans, “THANK YOU FROM THE BOTTOM OF MY HEART TO ALL OF MY FANS, FRIENDS AND ANYONE ACROSS THE GLOBE WHO SUPPORTED ME DURING THESE LAST FEW WEEKS I CANT BEGIN TO DESCRIBE HOW GRATEFUL I AM FOR ALL OF YOU THIS HAS BEEN A VERY DIFFICULT AND HUMBLING EXPERIENCE I WANT TO THANK THE COURT FOR ALLOWING ME BLADI AND THOTO TO RETURN TO OUR FAMILY AND FRIENDS THANKS AGAIN FOR ALL OF THE LOVE AND SUPPORT.”

President Donald Trump, who has been a vocal supporter of the star during the case, tweeted, “A$AP Rocky released from prison and on his way home to the United States from Sweden. It was a Rocky Week, get home ASAP A$AP!” It’s unclear if Rocky plans on leaving Sweden in the interim.

UPDATE: While appearing in court on Tuesday morning, A$AP Rocky pleaded not guilty to assault charges in Sweden. His lawyer told the judge that the rapper was acting in self-defense, according to Reuters. The trial, which began today, has garnered international attention.

UPDATE: After nearly 3 weeks behind bars abroad, A$AP Rocky has been charged with assault by Swedish prosecutors.

He will remain in custody until the trail begins next week. He faces a maximum of two years in prison or a fine based on his daily earnings. Two members of the rapper’s entourage are also facing trial.

According to public prosecutor Daniel Suneson, the June 30 attack constitutes “a crime…despite claims of self-defense and provocation.”

UPDATE: Nearly 130,000 individuals, including prominent figures within the music industry, have signed a petition demanding the release of rapper A$AP Rocky from Swedish officials following his arrest on Wednesday, July 6.

Travis Scott, Shawn Mendes, Tyler the Creator, G-Eazyand more artists have expressed support for the social media movement #JusticeForRocky after news broke that he would remain in custody for two more weeks while authorities investigated the assault claims against him.

The hip-hop star’s manager addressed the incident on Instagram, claiming Rocky is being held in a “horrific” facility with “24/7 solitary confinement” and “unsanitary conditions.”

A$AP Rocky was arrested for gross assault in Sweden on Wednesday.

According to the Swedish Prosecution Office, the arrest took place around 1:00 a.m.

The rapper is currently in custody. Under Swedish law, he could be held for up to three days before seeing a judge.

The arrest appeared to be in relation to an incident that took place on Sunday and seemed to stem from a dispute over a pair of headphones. The “Kids Turned Out Fine” star posted footage from what appeared to be the same incident on Instagram Tuesday.

The clip showed the artist and his crew interacting with two men on the streets of Stockholm and then attempting to walk away.

“We don’t know these guys and we didn’t want trouble,” part of his caption read, adding that the men allegedly followed them for four blocks.

The Grammy nominee also shared a second clip in which things got physical between one of the men and a member of A$AP Rocky’s security team.

“Hits security in [the] face with headphones then follow us,” he captioned the footage.

The celebrity also wrote “I’m innocent” in the comments section, as well as “They trynna arrest me out here now, smh.”

TMZ also obtained footage that appeared to show the rapper grabbing and throwing one of the men.

According to CBS News, three other people have been arrested in relation to the incident.

E! News has reached out to A$AP Rocky’s rep for comment.