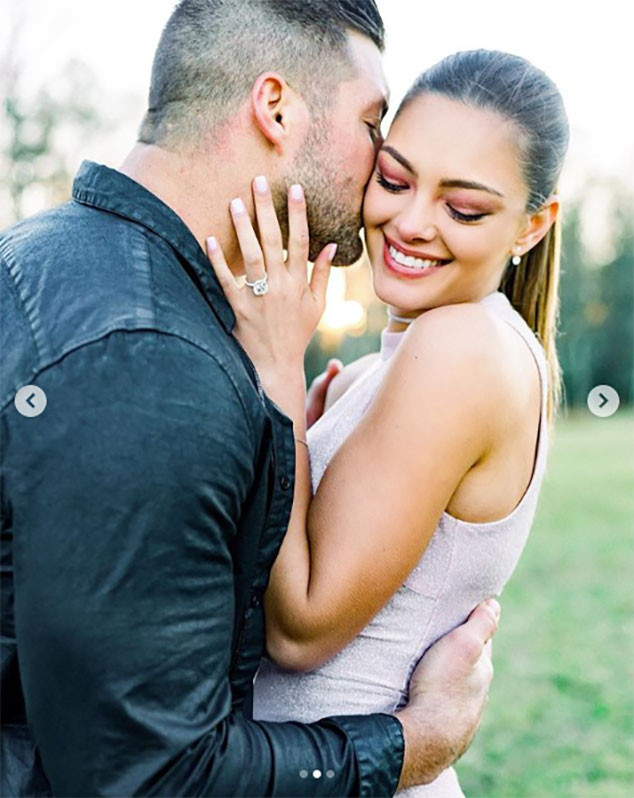 Andrew Brown, president of WP Diamonds, suspected the athlete “sprung for the best diamond out there” for his fiancée and went with “an internally flawless stone.”

The former football-turned-baseball player gave his followers a peek at the shiny new sparkler on Thursday when he announced the engagement.

“@demileighnp Thank you for saying YES and making me the happiest man in the world,” he wrote on Instagram alongside a few proposal pics. “You’re the love of my life, and I can’t wait to spend the rest of my life with you.”

The 2017 Miss Universe winner also shared a few snapshots from the big day and expressed her excitement over her new relationship status.

“Any dreams I’ve ever had, you’ve exceeded them all!” she wrote. “I love you and I can’t wait to spend forever with you! @timtebow.”

According to People, Tebow popped the question on Wednesday at his family’s farm outside of Jacksonville, Fla. The sports star and pageant winner had gone for a stroll and paused besides a lake, where Tebow had set up an arbor and bench that featured the date of when the lovebirds first met. Per the magazine, they were then serenaded by singer Matthew Mole. The couple’s family and friends were also reportedly there for the big moment and celebrated with dinner at a club. Tebow confirmed his relationship with Nel-Peters’ over the summer during an interview with ESPN.

“She is a really special girl, and I am very lucky and blessed for her coming into my life,” he said. “I am usually very private with these things, but I am very thankful.”

Since then, the two have given fans glimpses into their romance via social media. For instance, they recently posted pictures from their trip to South Africa, where the model was born, as well as shots from their Christmas and New Year’s Eve celebrations.

Congratulations to the happy couple!