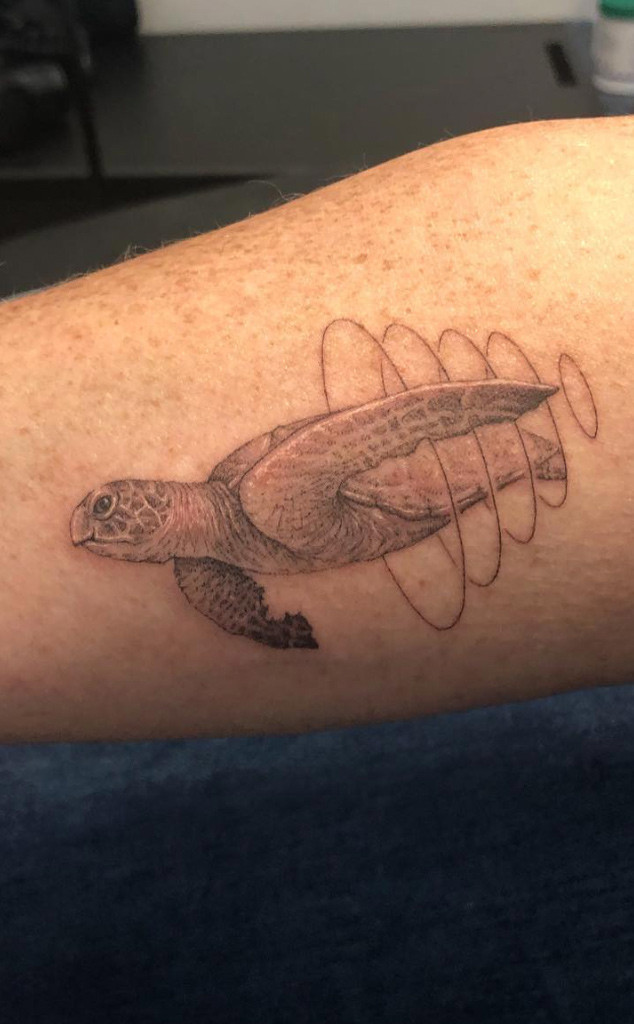 The 57-year-old actor took to Instagram on Thursday to post a picture of his very first tattoo.

The Back to the Future star got the design at Bang Bang NYC in New York on Wednesday. The tattoo parlor posted pictures of the celebrity encounter, and the artist, Mr. K, gave a little insight into what the design really means.

“Represents his life and himself,” he wrote on Instagram. “Can’t decide how I feel today @realmikejfox it was an honor.”

It looks like Fox was able to repay Mr. K for his work, too. The Marty McFly character gave a slight nod to his old flicks by signing a hoverboard and pair of Nikes.

“Thank you for the trust as well as letting us fan out a bit after!” a post from Bang Bang NYC’s official Instagram account read. “Thank you for sharing the story of your tattoo with me. Keep following that turtle.”

The business’ owner, Keith “Bang Bang” McCurdy, opened up about the experience to Inked magazine. He told the publication Fox’s team reached out via email and set up a consultation with Mr. K in October.

“He got a sea turtle,” McCurdy said. “He was telling me that there was a transformation for him with his career decisions when he was swimming in Saint John. He spotted this turtle with a chunk missing from its fin and a scar on his face and that turtle let him swim with him for about a half an hour. He made a transcending decision right after that. So, that turtle was pretty significant to him.”