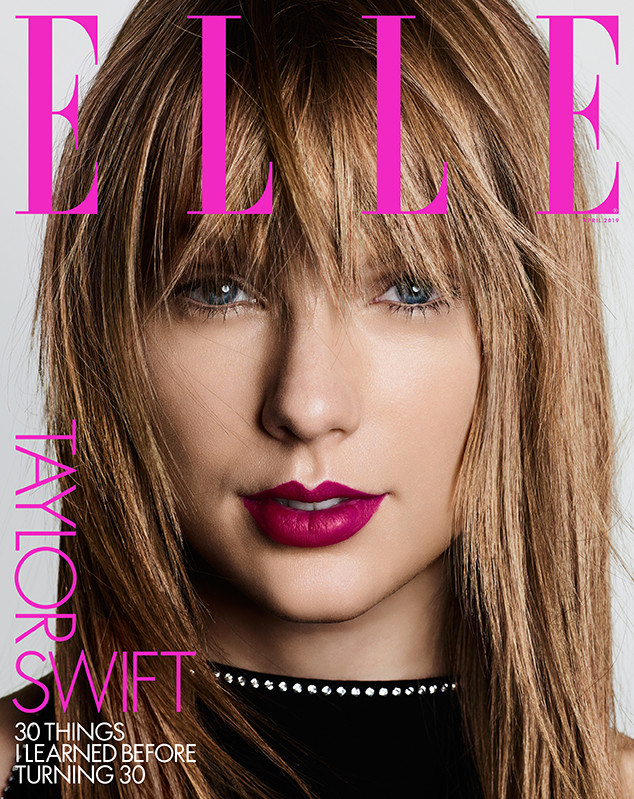 Taylor Swift is not holding back in her most personal gift to her fans yet, a letter on the lessons she’s learned over the years.

In “30 Things I Learned Before Turning 30,” appearing in her cover story for Elle‘s April issue, the superstar singer opens up about the family, fears and feuds that have made her the person she is today.

“According to my birth certificate, I turn 30 this year,” Swift writes in the intro of her letter. “It’s weird because part of me still feels 18 and part of me feels 283, but the actual age I currently am is 29. I’ve heard people say that your thirties are ‘the most fun!’ So I’ll definitely keep you posted on my findings on that when I know. But until then, I thought I’d share some lessons I’ve learned before reaching 30, because it’s 2019 and sharing is caring.”

Let’s take a look at some of the biggest revelations T.Swift shared in her deeply personal letter.

There’s a Reason Why She Turned Off Her Instagram Comments: In her first lesson, the reputation singer addresses why she doesn’t want to read comments on her Instagram posts, explaining she’s learned to block out “some of the noise” that way.

“Yes, I keep comments off on my posts,” Swift writes. “That way, I’m showing my friends and fans updates on my life, but I’m training my brain to not need the validation of someone telling me that I look [fire emojis]. I’m also blocking out anyone who might feel the need to tell me to “go die in a hole ho” while I’m having my coffee at nine in the morning.”

“Be like a Snake—Only Bite If Someone Steps On You”: Swift explains that being sweet to everyone all of the time can “get you into a lot of trouble.” From her experience, this can lead to someone taking advantage of you.

“Grow a backbone, trust your gut, and know when to strike back,” she advises.

She Was “Terrified” to Go on Tour Because of Safety Concerns: Swift explains that after the devastating Manchester Arena bombing and the Las Vegas concert shooting, “I was completely terrified to go on tour this time because I didn’t know how we were going to keep 3 million fans safe over seven months. There was a tremendous amount of planning, expense, and effort put into keeping my fans safe.”

“My fear of violence has continued into my personal life,” she goes on to write. “I carry QuikClot army grade bandage dressing, which is for gunshot or stab wounds. Websites and tabloids have taken it upon themselves to post every home address I’ve ever had online. You get enough stalkers trying to break into your house and you kind of start prepping for bad things.” 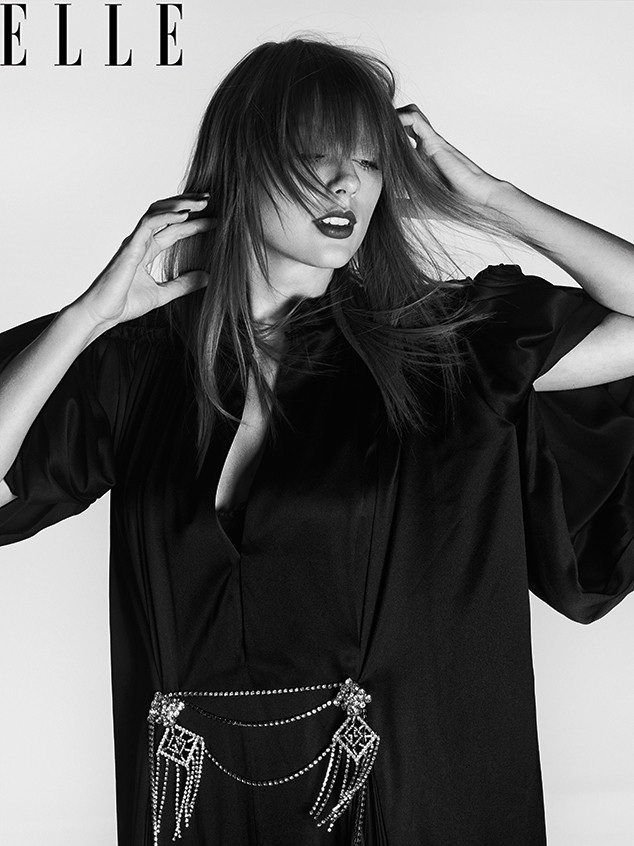 She Let the Opinions of Others Influence Her Relationship Choices: The Grammy winner shares that she used to let the opinions of strangers influence how she viewed her own relationships. “Whether it was the general internet consensus of who would be right for me, or what they thought was ‘couples goals’ based on a picture I posted on Instagram. That stuff isn’t real,” Swift says. “For an approval seeker like me, it was an important lesson for me to learn to have my OWN value system of what I actually want.”

Beware of the “Solid First 15”: When it comes to relationships, Swift notes that first impressions aren’t everything, writing, “Before you jump in headfirst, maybe, I don’t know…get to know someone!”

“It’s impressive when someone can charm people instantly and own the room, but what I know now to be more valuable about a person is not their charming routine upon meeting them (I call it a ‘solid first 15’), but the layers of a person you discover in time,” she writes.

Not All Friendships Are Meant to Last Forever: “Something about ‘we’re in our young twenties!’ hurls people together into groups that can feel like your chosen family,” Swift writes. “And maybe they will be for the rest of your life. Or maybe they’ll just be your comrades for an important phase, but not forever. It’s sad but sometimes when you grow, you outgrow relationships. You may leave behind friendships along the way, but you’ll always keep the memories.”

Her Mother Is Battling Cancer Again: “Both of my parents have had cancer, and my mom is now fighting her battle with it again,” Swift tells her fans. “It’s taught me that there are real problems and then there’s everything else. My mom’s cancer is a real problem. I used to be so anxious about daily ups and downs. I give all of my worry, stress, and prayers to real problems now.”

She’s Found Happiness and Musical Inspiration: Possibly a nod to her relationship with Joe Alwyn, Swift shuts down the misconception that artists have to be “miserable” in order to create “good art.”

“I’m really grateful to have learned this isn’t true,” she writes. “Finding happiness and inspiration at the same time has been really cool.” 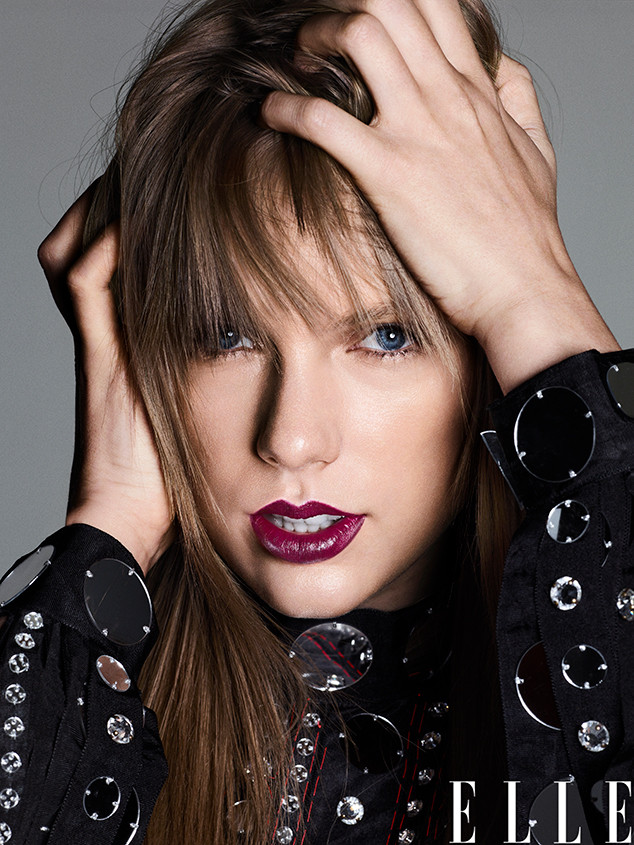 She’s Learned to Laugh at Her Bullies: “I learned that disarming someone’s petty bullying can be as simple as learning to laugh,” Swift writes in lesson 27. “A few years ago, someone started an online hate campaign by calling me a snake on the internet. The fact that so many people jumped on board with it led me to feeling lower than I’ve ever felt in my life, but I can’t tell you how hard I had to keep from laughing every time my 63-foot inflatable cobra named Karyn appeared onstage in front of 60,000 screaming fans. It’s the Stadium Tour equivalent of responding to a troll’s hateful Instagram comment with ‘lol.’ It would be nice if we could get an apology from people who bully us, but maybe all I’ll ever get is the satisfaction of knowing I could survive it, and thrive in spite of it.”

Earlier, Swift notes that she also learned that she has “friends and fans in my life who don’t care if I’m #canceled.” But, she’ll never forget the ones who stuck by her through the worst of times.

To read all of T.Swift’s lessons, head on over to Elle.