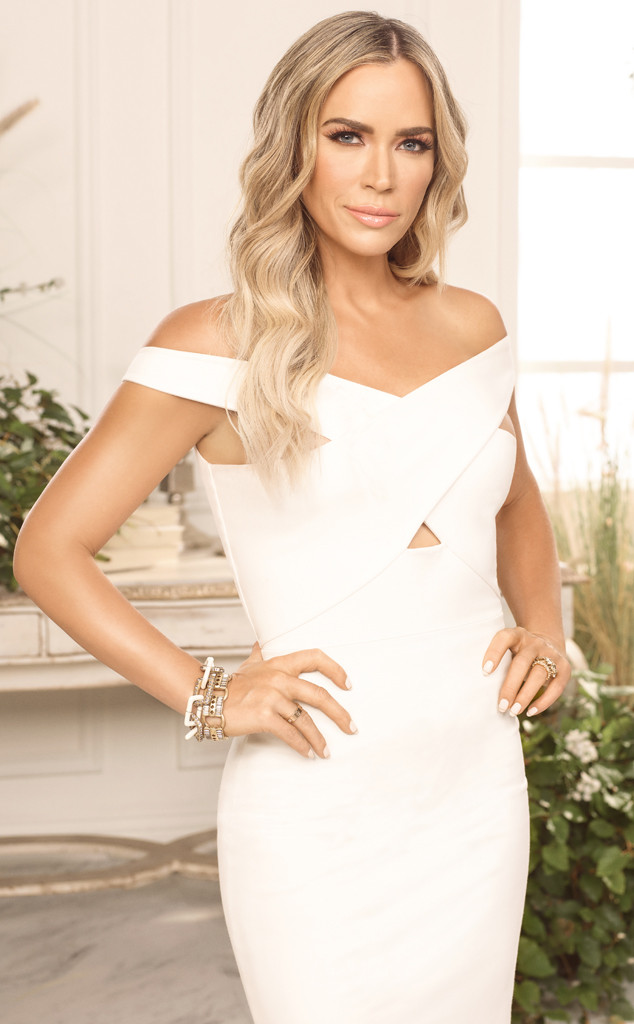 Who would’ve thought a dog named Lucy Lucy Apple Juice and texts with a man named John Blizzard would be the center of The Real Housewives of Beverly Hills drama? Not us, but here we are in season nine and everyone is taking sides regarding the drama between Lisa Vanderpump, Dorit Kemsley and now Teddi Mellencamp.

In the Wednesday, March 5 episode of RHOBH, LVP’s husband Ken Todd broke out the texts between Teddi and Vanderpump Dogs employee John Blizzard. Teddi previously showed LVP a cropped version of the texts, leaving out her part where she agreed bring up the dog while cameras were rolling. Ken got his hands on the text exchange he called Teddi a “f—king liar.”

However, in her blog, Teddi hit back.

“Yes, I originally agreed to be a part of this mess and asked John Blizzard to have the dog there. I wasn’t just going to bring it up out of thin air,” Teddi wrote. “They wanted to make sure I didn’t tell Kyle as they wanted her to find out in person.”

Teddi wrote John Blizzard and John Sessa figured out the “plan” with LVP while she awaited instructions. She even provided more screenshots of her text conversation with John Blizzard on her blog.

“I am now angry at myself for going along with something designed to hurt Dorit, especially when the dog’s well-taken care of. I am also angry that LVP would play against my hard feelings with Dorit. That is why this has become about something other than the dog. Had Vanderpump just admitted she was upset with Dorit and wanted the story out there, this would all be put to rest,” Teddi said. “As I’ve said continuously, I am not innocent in this. I fully accept my fault in everything that has taken place so far. I show a cropped version of one of the texts to the group in tonight’s show; it was the easiest way to show that specific part. Now you can see the full thing.”

The drama about dogs, texts and a man named John Blizzard continues on The Real Housewives of Beverly Hills on Tuesdays, 9 p.m. on Bravo.

(E! and Bravo are both part of the NBCUniversal family.)