Bella Thorne is not impressed with Whoopi Goldberg right about now.

Earlier this week, The View moderator and her co-hosts including Joy Behar, Sunny Hostin and Meghan McCain got into a discussion about the actress.

Over the weekend, Bella decided to release her own nude photos on Twitter after a hacker threatened to extort her with them. “F–k u and the power u think you have over me,” the actress shared on social media. “I’m gonna write about this in my next book.”

When discussing it on her ABC daytime talk-show, however, Whoopi didn’t hold back with her views.

“If you’re famous, I don’t care how old you are. You don’t take nude pictures of yourself,” she proclaimed on Monday’s show. “When they are hacking you, they are hacking all of your stuff. So whether it’s one picture or a million pictures, once you take that picture, it goes into the cloud and it’s available to any hacker who wants it and if you don’t know that in 2019, that is an issue. I’m sorry. Your age does not—you don’t get to do that. You don’t get to do it.”

Fast-forward to today when Bella saw and read Whoopi’s comments.  As it turns out, the 21-year-old decided to sound off in a series of Instagram Stories.

“Dear Whoopi, I have loved you for so long but honestly I’m so displeased and saddened by your response to my leak. Blaming girls for taking the photo in the first place? Is sick and honestly disgusting,” she wrote in a letter. “I’m offended for anyone out there who has ever taken a sexy photo. I am offended for Jennifer Lawrence who feels publicly raped. I am offended for every person who has committed suicide for someone leaking their nudes. Ur view on this matter is honestly awful and I hope u change ur mindset as u are a show talking to young girls.” 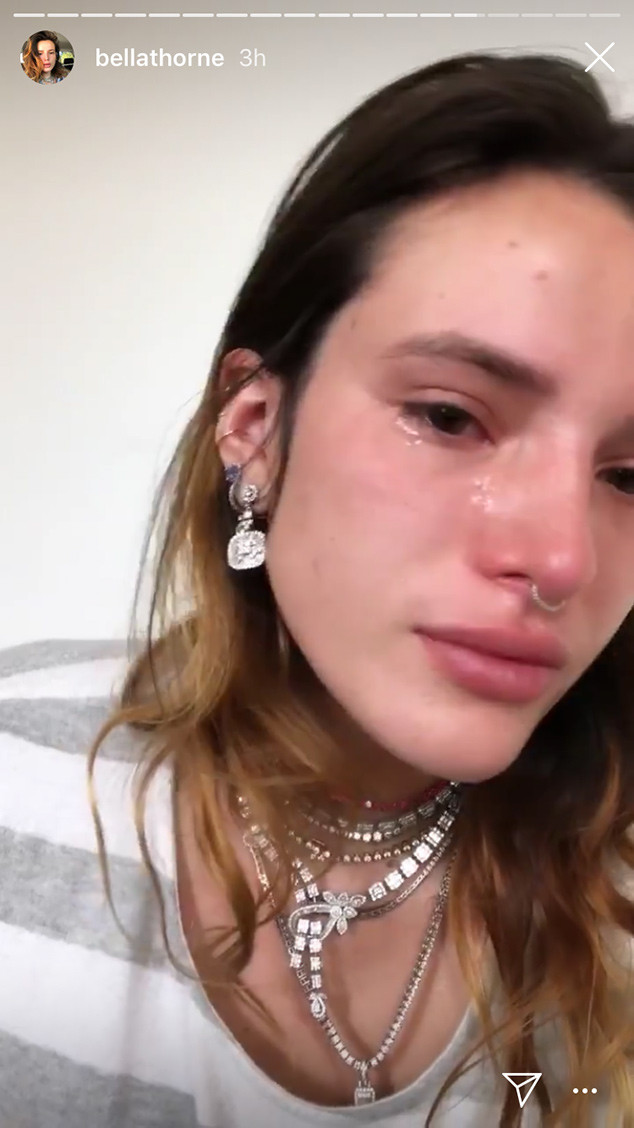 According to Bella, she was supposed to go on The View at a later date. At this time, however, she doesn’t “feel like being beaten down by a bunch of older women.”

“I’m not going to lie, I want to say I feel pretty disgusting, Whoopi, knowing everyone’s seen my s–t. And I just want to say that me watching this interview made me feel really bad about myself and I hope you’re happy. I really do,” Bella shared through tears. “I really hope you’re so f–king happy because I can only imagine all the kids who have their s–t released and then they commit suicide. So, you’re so crazy for thinking such terrible things on such an awful situation.”

The actress continued, “Shame on you, Whoopi. Shame on you and shame on you for putting that public opinion just out there like that for every young girl to think that they’re disgusting for even taking a photo like that.”

E! News has reached out to The View for comment.