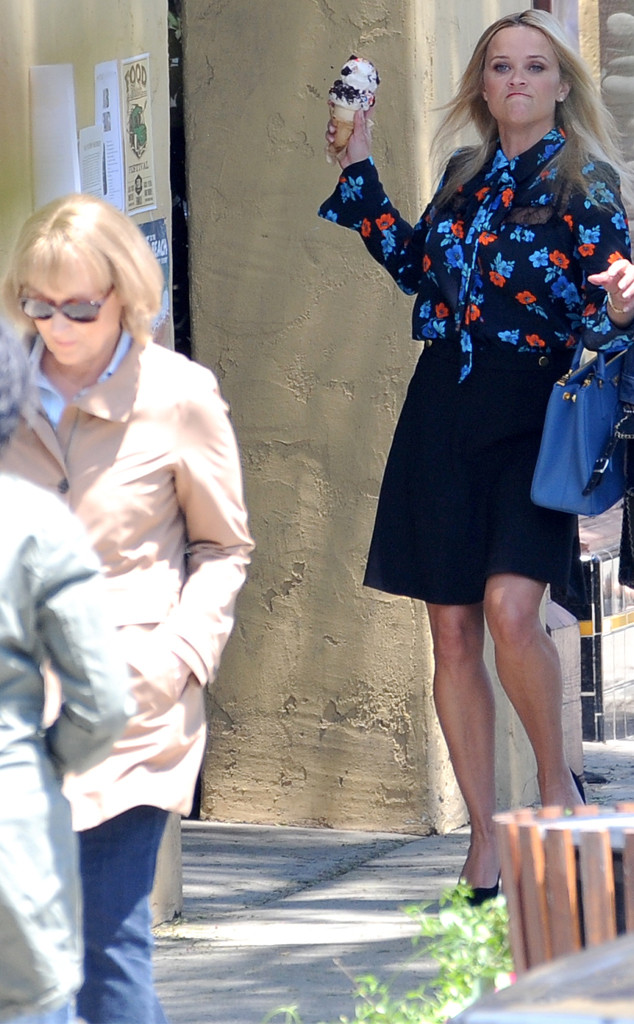 Remember when Reese Witherspoon was photographed throwing an ice cream cone at her Big Little Lies co-star Meryl Streep? Fans couldn’t wait to see the whole thing go down on the HBO hit. Even Witherspoon admitted it was one of the “top five moments” of her career.

Needless to say, viewers were disappointed when the frozen fling never aired. Now, Ellen DeGeneres is here to help.

The talk show host invited the Madeline Martha Mackenzie star to play a little game and hurl sweet treats at photos of Streep’s face during Thursday’s episode of The Ellen DeGeneres Show.

DeGeneres went all out for the game, too. Photos of The Devil Wears Prada star’s face bobbed up and down behind the wall and served as moving targets for the celebs to hit. There was even a photo of Witherspoon’s face that the two contestants had to avoid. The players then took aim.

“I got one! I got one!” the Legally Blonde actress cheered after pelting the A-lister’s mug.

Watch the video to see the stars play the game.