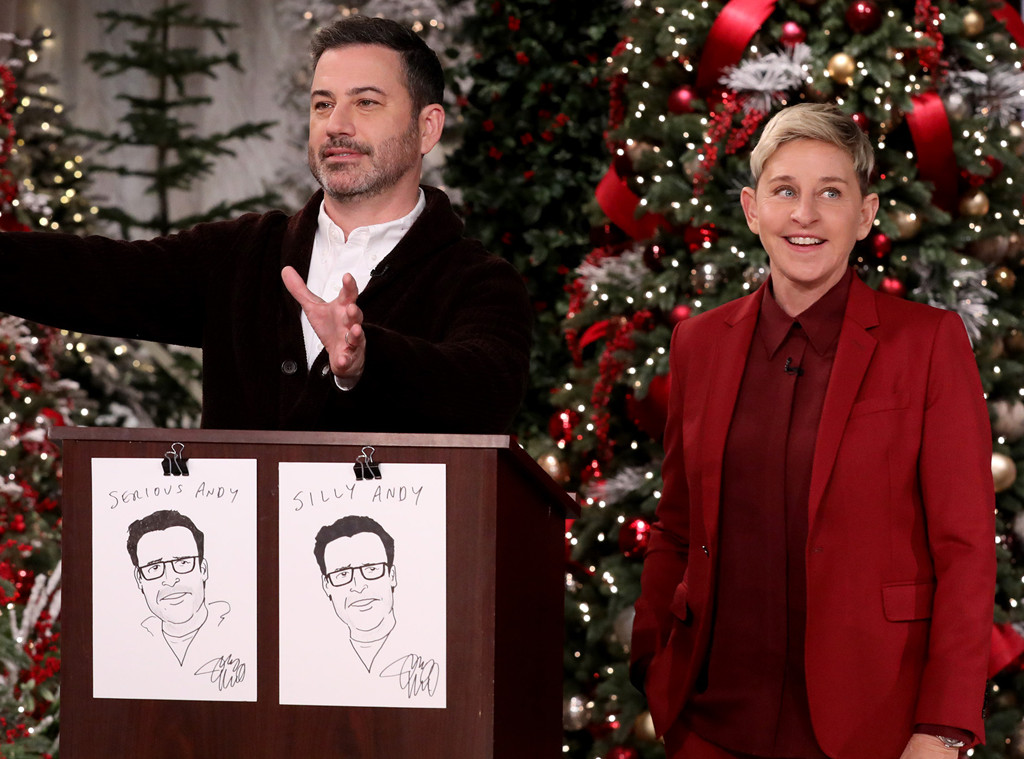 Jimmy Kimmelhas his Christmas shopping down to a science.

During an appearance on Tuesday’s The Ellen DeGeneres Show, the Jimmy Kimmel Live! host shared how he keeps his holiday gift-giving organized via an extremely elaborate system.

When it comes to the shopping, Kimmel told Ellen DeGeneres, “I do it mostly myself. [Molly McNearney] is laregly uninvolved in my lunacy.” Then the late-night host broke down his meticulously detailed organization system for the gifts that’s sure to make any Type-A person burst with joy.

The star remained comically humble as he quipped, “I know it makes most people hate me, but that’s just how I do it. I give out a lot of gifts, I have to.”

One of the names on that 13-page list is probably Jennifer Aniston, with whom Kimmel spent Friendsgiving last week.

The Friends alum shared a cheeky photo of the enchiladas she made at Kimmel’s request for the dinner, and the host explained the Instagram to DeGeneres on Tuesday.

But the problem with Aniston’s meal, he noted, is that it’s the same one he makes for Thanksgiving the next day, so he requested that Aniston make Mexican food instead for her party.

As he revealed, “So, I said in, I thought, a nice way, to Jen, ‘Maybe it would be a good idea if you served—I know you love Mexican food. Maybe Mexican food would be a nice thing for you to serve at Friendsgiving? She didn’t take it that well. The result was Jen made me enchilads. And not just enchiladas, but f*@$ing enchiladas.”

Maybe he can add a Mexican cookbook to his list of gifts to give this year.

E! News returns weekday mornings at the beginning of 2020!