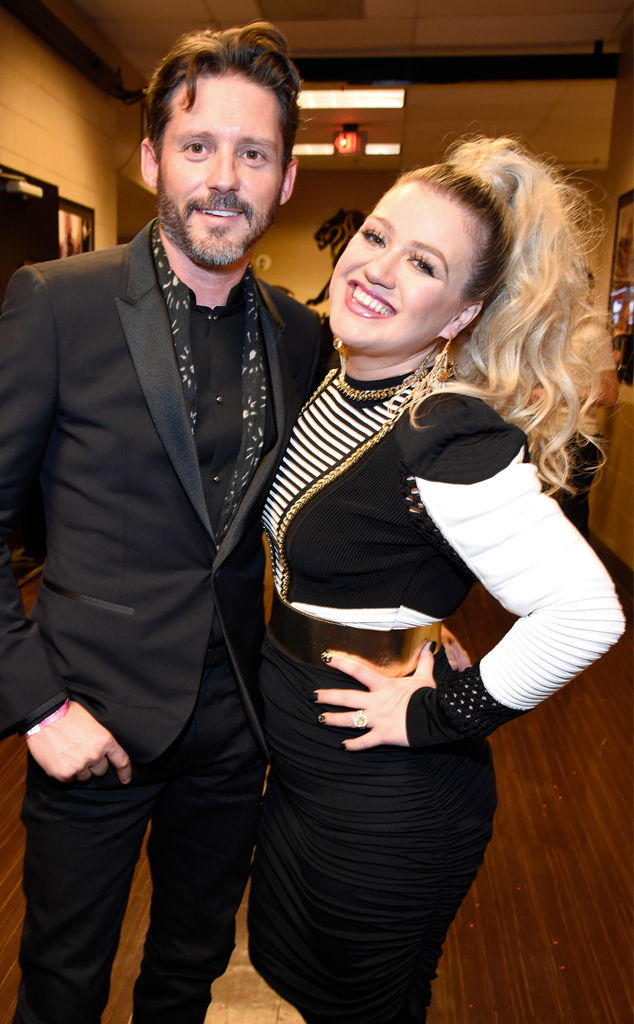 Kelly Clarkson wants to put an end to her marriage.

E! News can confirm The Voice coach has filed for divorce from husband Brandon Blackstock after almost seven years of marriage.

According to court documents obtained by The Blast, the American Idol winner quietly filed in Los Angeles last week.

Many fans know their love story began at the Academy of Country Music Awards in 2006 when Kelly was rehearsing with Rascal Flatts. Lo and behold, Brandon served as the group’s tour manager at the time. The relationship, however, didn’t take off until a meeting six years later.  Within 10 months of dating, Brandon proposed with Kelly announcing her engagement news in December 2012.

“I’M ENGAGED!!!! I wanted y’all to know!!” she wrote. “Happiest night of my life last night! I am so lucky and am with the greatest man ever.”

In October 2013, the couple exchanged vows in Tennessee. “Brandon’s totally the one,” the music superstar shared with Cosmopolitan. “I’ve never been so happy.”

Since then, the couple has supported each other personally and professionally leaving the divorce news shocking to many pop culture fans.

In fact, Kelly’s family appeared on her self-titled talk show back in April to wish her a happy birthday.

“Just now seeing this and I am bawling! They’re all so cute!” Kelly wrote on Twitter with video of the surprise. “I’ve had a bit of a rough week and this just turned it around.”

And throughout the marriage, the “Since U Been Gone” singer hasn’t been able to hide her passion for Brandon.

“I never felt like, honesty, sexually attracted to anybody before him,” the Grammy winner revealed in a 2017 interview. “And I’m not downing my exes. You know, everybody’s different. But there was something about him.”

“I honestly thought I was asexual—I’d never been turned on like that in my whole life,” she added. “I was like, ‘Oh that’s that feeling…OK! That’s what they were talking about in Waiting to Exhale. I just got it. I just didn’t have a clue.”

Kelly has yet to publicly comment on the divorce news.