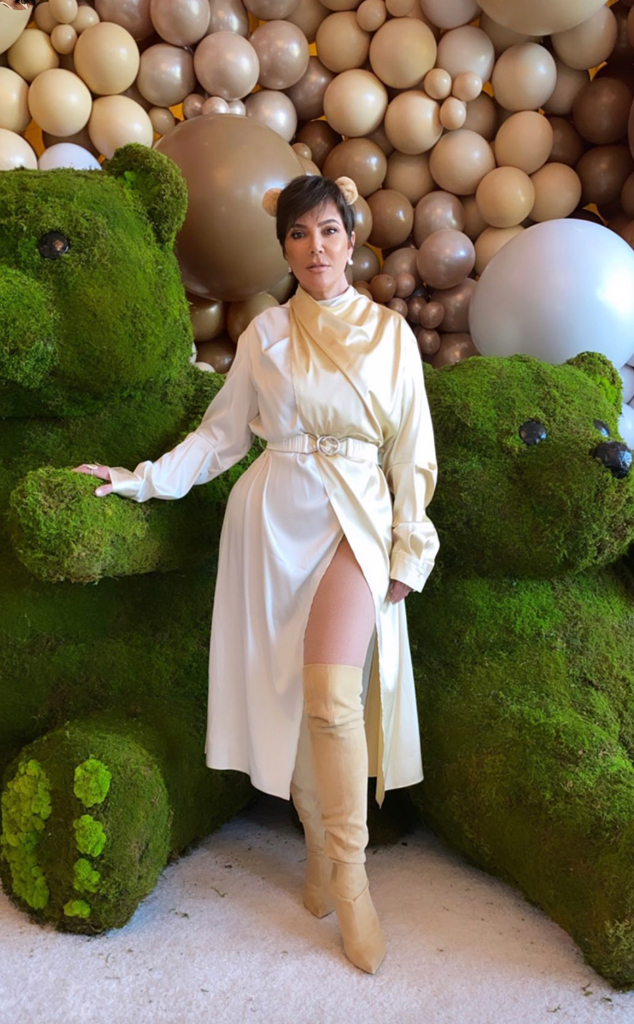 Is another youngster on the way in the Kardashian family?

While none of the famous siblings have made any kind of announcements, Kris Jenner has some ideas for who might expand the family next.

While appearing on Ellen DeGeneres‘ daytime talk show, the famed matriarch got to playing a game with the comedian called “Keeping Up With the Blank.”

The game featured prompts like “When I call ____, they never pick up,” to which she answered, “Kylie [Jenner].” Even juicier questions were in store, notably, “My next grandchild will come from ____.”

Then, she added, “Maybe Kendall [Jenner].” As fans know, Kourtney is currently a mom of three and Kylie has daughter Stormi Webster. Meanwhile, Kendall is the only Kardashian-Jenner child without any kids.

Her “Kylie” response spurred DeGeneres to bring up the makeup mogul’s relationship status with Travis Scott. The two have been on a break since last October.

“I don’t know if they’re back together,” Jenner clarified. “They’re just great co-parenters.”

“They are getting along well and parenting together every day,” a source told E! News of the mom and dad earlier this month. “They are always together and there is so much love between them with Stormi. It’s hard to imagine they won’t get back together officially. You can see they still love each other and want to be close.”

As for her favorite grandchild of the day, Jenner’s response had the audience going “Awww!”

“I saw her right before I came here, so it’s Dream [Kardashian].”