Home Music News Meryl Streep Is 70! Which of Her Characters Is Your Top (Sophie’s)... 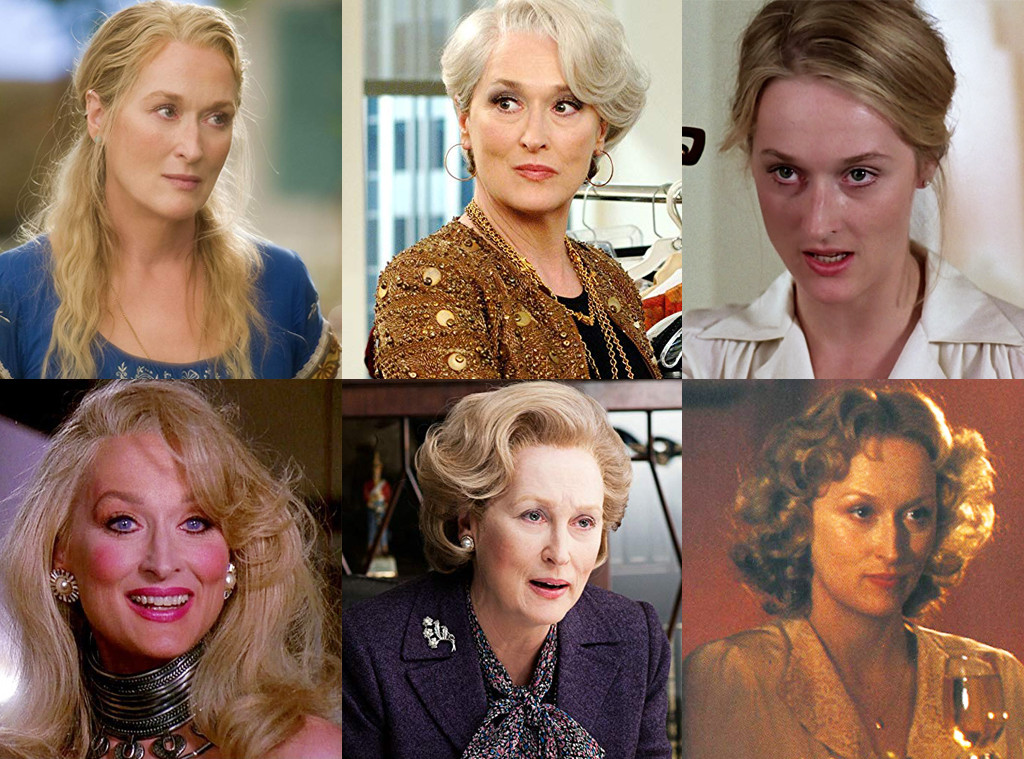 We might not have a queen in America, but if we did, it would most likely be Streep, duh. The iconic actress is a legend in Hollywood for her decades upon decades of success and stunning performances on screen.

Now, the New Jersey native has reached another milestone…she’s turning 70!

Back in 1976, Streep made her movie debut as a voice in an animated film and by 1978 she had her first big hit film on her hands with The Deer Hunter.

41 years later, the actress is a Hollywood staple, has the career others only dream of and what makes us love her even more is that she has sass and is always up for a laugh…even at her own expense.

The blonde beauty is graceful both on and off screen and she continually makes us feel less than, because let’s face it, Meryl is winning at life and we’re all just standing here trying to come close to her brilliance.

In honor of the Kramer vs. Kramer star’s 70th birthday (where did the time go, right?!) we’re taking a look back at her amazing and somewhat unbelievable career.

From Sophie’s Choice, She-Devil and The Bridges of Madison County to Doubt, Mamma Mia! and The Devil Wears Prada, Streep has mastered the art of becoming another person on both television and in film and we’re not worthy of her talent.

She is unlike anyone else in the acting world and that’s proven by all of the roles she’s been able to make her own over the past four decades. Plus, she’s won three Academy Awards and been nominated for 21, so, like it or not, she’s a pretty big deal.

Check out the birthday girl’s most memorable film and TV roles throughout her career below and make sure to vote for the one you love most. It won’t be easy, but it also won’t be as hard as making an actual Sophie’s choice…so get to voting.

In her first hit film, Meryl Streep plays the part of Linda, the wife of an introspective deer hunter. She co-stars with the likes of Robert De Niro and Christopher Walken in this nine-time Academy Award-nominated epic war drama.

This family courtroom drama follows the custody battle of former married couple Ted (Dustin Hoffman) and Joanna Kramer (Streep). This was also the first film in which Streep won an Academy Award and it was for Best Supporting Actress.

Receiving nominations for five Academy Awards, the British romantic drama features Streep as “the French lieutenant’s woman” as well as the actress Anna.

Based on the novel by William Styron, the star actress plays a Polish immigrant in this drama. For her acclaimed performance, Streep was awarded Best Actress at the Oscars, marking her second Academy Award.

In this epic romance drama, the New Jersey native co-stars with Robert Redford as an unmarried wealthy Danish woman who moves to Nairobi for a convenient marriage.

Streep stars as Rachel Samstat, a Manhattan food writer who falls for a political columnist and womanizer, in this comedy-drama.

Acting as a narcissistic romance novelist, Streep’s character develops an affair with an accountant, leading to a series of unfortunate events schemed by the accountant’s vengeful wife.

Playing the part of a recovering drug addict and struggling actress in this comedy-drama, Streep won Funniest Lead Actress in a Motion Picture at the American Comedy Awards.

In 1992, Streep stepped into the role of Madeline Ashton, a narcissistic actress who seeks out a potion for eternal youth.

The adventure crime-thriller features the actress as a water rafting expert who takes her family on a holiday rafting trip in Idaho.

The Bridges of Madison County, 1995

In this romantic drama, the famed actress co-stars with Clint Eastwood as a recently deceased mother of two adult children. Streep won Best Actress in a Leading Role at the 68th Academy Awards and Best Actress in a Motion Picture Drama at the 53rd Golden Globes for her performance.

Streep acts as Roberta Guaspari, a violinist who becomes a substitute teacher in East Harlem in attempt to rebuild her life in this 1999 drama.

As a famed author, Streep’s character must hide secrets from a screenwriter played by Nicolas Cage in this film.

Starring as Clarissa Vaughan, a New York woman prepping an award party for her poet friend with AIDS, Streep acts alongside Julianne Moore, Nicole Kidman and Ed Harris in this British-American drama.

Based on the Pulitzer-prize winning play, Streep plays multiple roles, including Hannah Pitt, Ethel Rosenberg, the Rabbi and the Angel Australia, in this HBO miniseries about playwright Tony Kushner’s political epic focused on the AIDS crisis in the mid-1980s.

Co-starring with Denzel Washington in this political thriller, the actress plays the role of Virginia U.S. Senator Eleanor Prentiss, who is nominated as the Vice-Presidential candidate.

As Miranda Priestly, a revered fashion magazine editor, Streep’s character ceaselessly demands her co-assistant, played by Anne Hathaway, to wait on her hand and foot. She is harsh, intense, a badass at her job and despite the fact that her workers fear her, there is something human and relatable to the character.

Mamma Mia, Streep can sing! In the musical film, Streep’s character Donna struggles financially as a villa owner on a small Greek island as she plans her daughter’s Sophie’s (Amanda Seyfried) wedding, while also unexpectedly reconnecting with past love interests. In 2018, the film got a sequel and Streep resprised her role.

Streep’s performance as Sister Aloysius Beauvier in this drama is scary good. In the film, Sister Aloysius goes on a crusade to unearth the truth when rumors spread that the new charismatic priest, Father Flynn (Philip Seymour Hoffman), could be paying too much attention to a young student.

Contrasting the life of renowned chef Julia Child (played by Streep) with that of one of her culinary followers, Julia (Amy Adams) this comedy-drama takes viewers on a foodie adventure that’s not to be missed.

Ten years after divorcing her husband, a successful bakery owner named Jane (Streep), begins having an affair with her ex, despite the fact that he is re-married and she is falling for a new man.

Playing the part of an oral cancer patient and narcotics addict, Streep was nominated for Best Actress at the Academy Awards for her role in this comedy-drama. The film also stars Julia Roberts, Ewan McGregor and Benedict Cumberbatch.

Based on the Newbery Medal award-winning novel, this social science fiction film features the actress as the Chief Elder. The movie shows what happens when a young boy from a seemingly perfect community without war, pain and suffering is chosen to learn from an elderly man about the “real” world.

As a witch in pursuit of her stolen youth and beauty, Streep’s character weaves together a quest that involves famous fairy tale characters. The musical fantasy film also stars Emily Blunt, James Corden, Anna Kendrick and many more big names.

In this British historical period drama, Streep plays the role of British suffragette leader Emmeline Pankhurst, who helps women in 1912 London to earn the right to vote.

After abandoning her family for the life of a rock star, Ricki (Streep) comes home to try and fix her relationship with her family. This movie also stars Streep’s real-life daughter Mamie Gummer.

Streep portrays Florence Foster Jenkins, a New York heiress who had dreams of becoming an opera singer, even though her voice was terrible, in this biographical film.

In 2018, Streep was again nominated for an Academy Award, this time for her portrayal of Kay Graham, the first U.S. female newspaper publisher (of The Post), who used her platform to start a battle between the press and the government in to order to tell the truth about a cover-up regarding the Pentagon Papers that spanned four U.S. Presidents.

In the highly-anticipated second season of Big Little Lies, Streep joins the cast as Mary Louise Wright, the mother to the late Perry Wright (Alexander Skarsgård) and mother-in-law to Celeste Wright (Nicole Kidman), and she is ready to shake up Monterey.