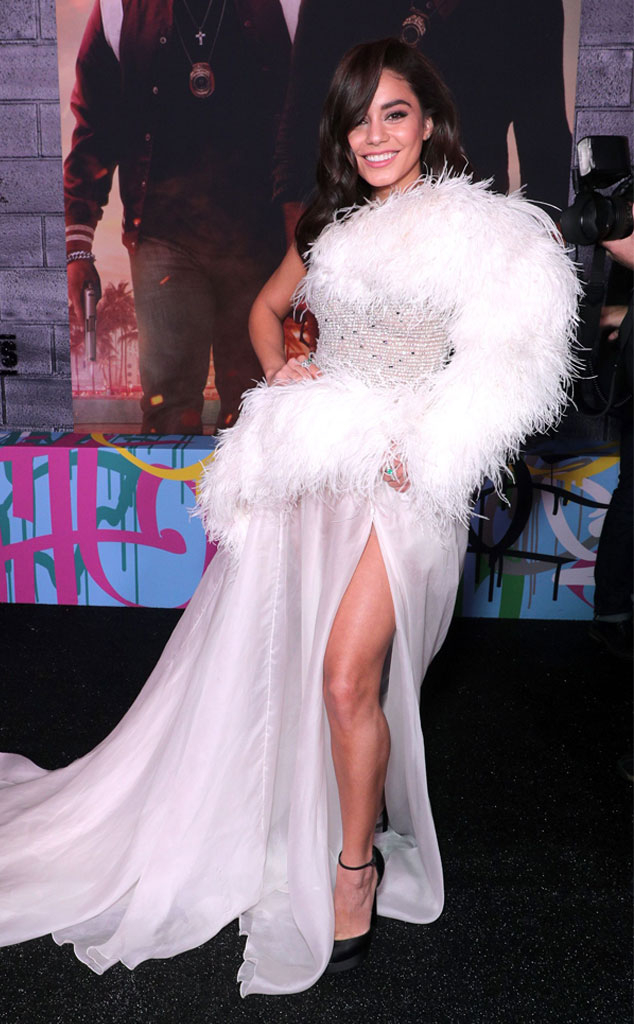 Vanessa Hudgens looked as if she didn’t have a care in the world while walking the red carpet at the Bad Boys for Life premiere, which took place just hours after it was revealed that she and Austin Butler had split. You’d never know V.Hudg felt the least bit heartbroken as she strutted her stuff in an Old Hollywood-inspired ensemble.

Vanessa stars in the blockbuster movie alongside Will Smith, Martin Lawrence, Charles Melton and Alexander Ludwig.

The High School Musical alum and her actor beau were together for nearly nine years leading up to their surprising split. Though they’ve yet to comment publicly on going their separate ways, fans speculated the worst when the typically inseparable couple spent the holidays apart.

Catch Vanessa in Bad Boys for Life when it hits theaters on Jan. 17.