When Dwayne “The Rock” Johnson met Lauren Hashian in 2007, there were immediate sparks.

“Within 30 seconds, I thought, Wow, this girl’s stunning,” the 47-year-old actor told WSJ. Magazine for an interview published Tuesday.

However, both were still protective of their hearts. The Jungle Cruise star was already going through his breakup with Dany Garcia and Hashian, who was an event planner at a party for one of Johnson’s movies, “was just coming off a big breakup, too.” Still, their loved prevailed. They welcomed their first child together, a daughter named Jasmine, in 2015 and a second baby girl, named Tiana, in 2018. Johnson also has a daughter named Simone from his first marriage.

Then, in August 2019, Johnson and Hashian tied the knot. According to the magazine, Johnson had proposed just three days before. The wedding was a top-secret, intimate event in Kauai. Only their “tight, tight circle” of loved ones were invited—nine adults in total—and their daughters served as flower girls.

“We had a full security detail in case there were helicopters,” Johnson told the publication. “But there was no press, no paparazzi. No one knew. I was shocked but so grateful. My life is so loud and noisy; the fact that it was quiet was a big win.”

When asked if the end of his first marriage contributed to his wait to tie the knot again, Johnson seemed to think it did.

“I think so, yeah,” he replied after thinking it over. “My divorce did a number on me. I wasn’t fearful of get- ting married again, there was just some hesitancy. But Lauren was incredibly patient: ‘I love you, you love me, we have this amazing life together—no presh.'” 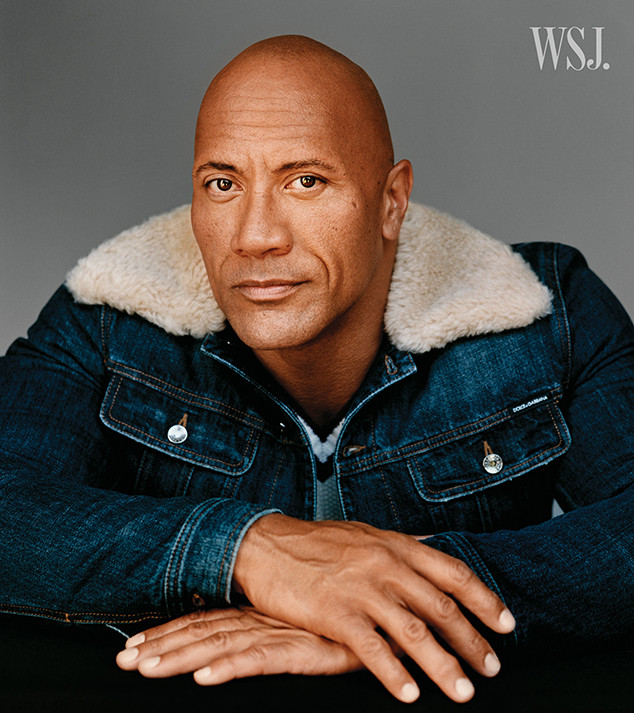 Johnson is certainly busy these days. In addition to starring in the recent Fast & Furious spinoff Hobbs & Shaw, he worked on Jungle Cruise and Jumanji: The Next Level. He’s also running his many entrepreneurial projects and recently purchased an estate in Georgia.

“In the last three years—and this isn’t hyperbole—we’ve had to move 50 times,” Johnson said. “I’m in a nice position now where we can make sure that a big part if not all of our production is in Atlanta. So that’s the goal.”

To read his full interview, check out the December/January issue of WSJ. Magazine.