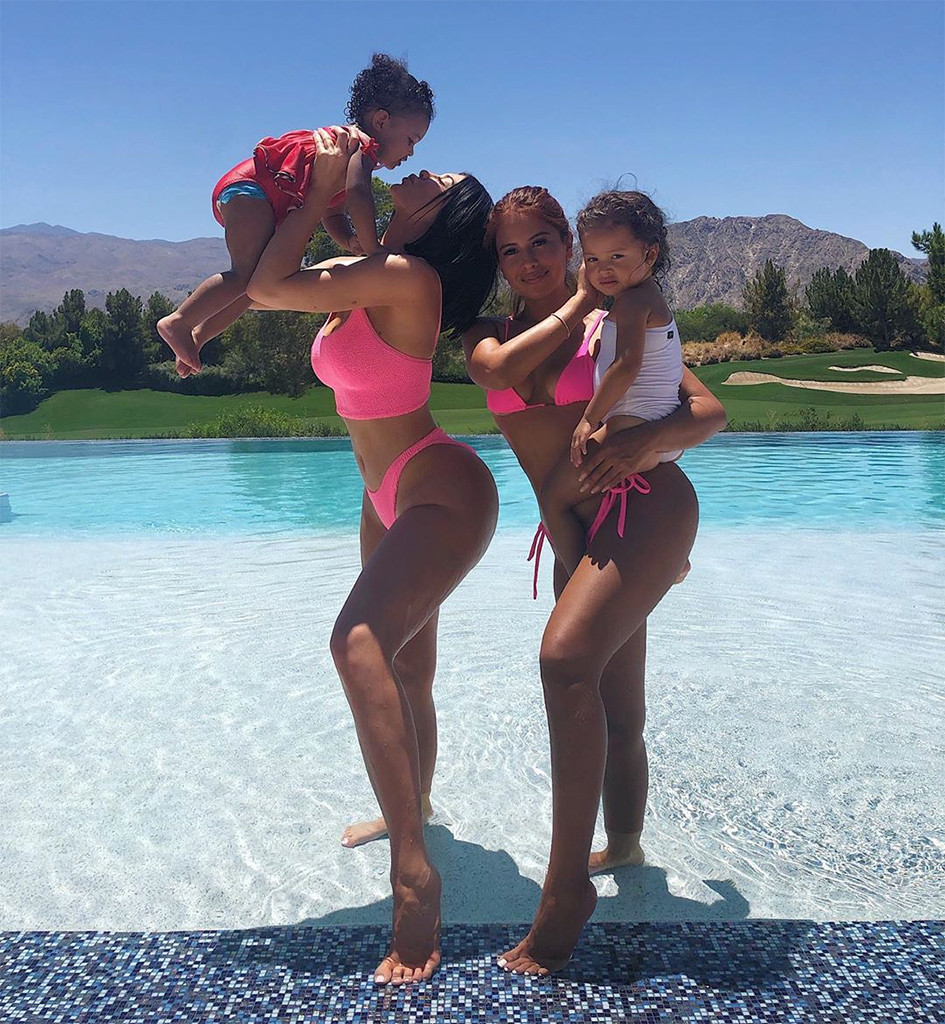 Stassie officially turned 22 on Sunday and Kylie celebrated with her by hosting a small pool party at one of her mother Kris Jenner‘s sprawling California mansions.

Kylie, 21, wore a pink tank-style bikini to the bash. She posted several photos, including pics of her and Stassi, who wore a similar bikini, as well as an image of her holding 1-year-old daughter Stormi Webster by the massive pool alongside friend and Star Lash Extensions CEO Yris Palmer and her daughter Ayla.

Kylie and her friends posed for several photos while sitting together on a large FUNBOY float.

At one point, Stassie lost her balance.

“When the tequila hits,” Kylie joked.

On Saturday, Kylie hosted a Handmaid’s Tale viewing party, complete with complimentary red robes and white bonnets, to celebrate Stassie’s birthday. They and their friends, including Sofia Richie, then donned pink tracksuits and hopped a party bus to continue the celebrations.

“Happy birthday to the baddest @stassiebaby,” Kylie wrote on Instagram. “9 years Iater and you’re still a real one. I love you forever and always.”

Watch Keeping Up With the Kardashians on Sundays at 9/8c only on E!