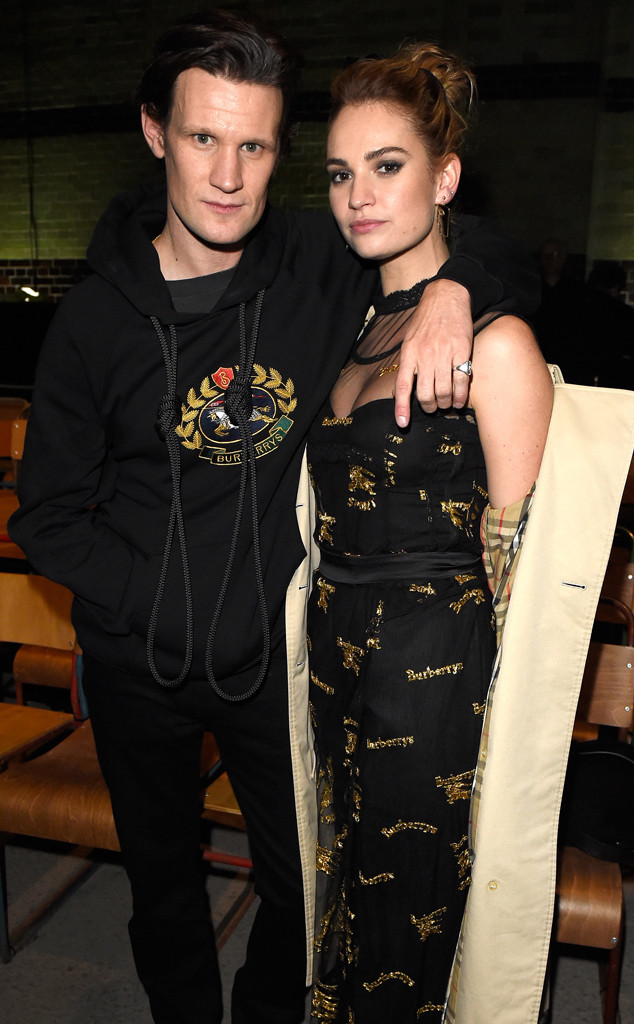 Is it over for Lily James and Matt Smith? That’s the question some fans are asking.

The 30-year-old actress and the 37-year-old actor haven’t been photographed together in about five months. They were last pictured together enjoying a night out in London in June.

“The fact that Matt Smith and [Lily] James possibly broke up has ruined me,” one social media user tweeted. “Let’s have a moment of silence for my favorite celebrity couple.”

“So Matt Smith and Lily James broke up?” added another. “My heart is in pain.”

Others, however, refused to believe the split speculation.

“Until Lily James and Matt Smith don’t marry other people I refuse to even believe they broke up,” one fan tweeted. “Thanks, but no thanks.”

Neither celebrity has commented on the rumors.

As fans will recall, James and Smith sparked romance rumors in 2014. They then made their red carpet debut as a couple in early 2015. Since then, the two have continued to work on multiple projects. In fact, the Downton Abbey celeb recently posted that she was filming in South Africa.

The Mamma Mia! Here We Go Again star opened up about finding work-life balance during a 2018 interview with Marie Claire U.K.

“When you’re an actor, it’s like, ‘You’ve got to keep the momentum up.’ And I’m like, ‘No!'” the Cinderella celeb told the magazine. “You have to trust that things won’t go away if you stop for a bit. I haven’t really stopped, and I don’t think that’s a feasible way to work. For me, eventually, that’s not the lifestyle I want. You never really know where you are. That’s not only with regards to my relationship with Matt, but with my friends and family. There’s so much you miss. That’s why I know I can’t keep working at this intensity. I finish a job; Matt starts one.”

It looks like fans will just have to wait and see what the future holds for these two.