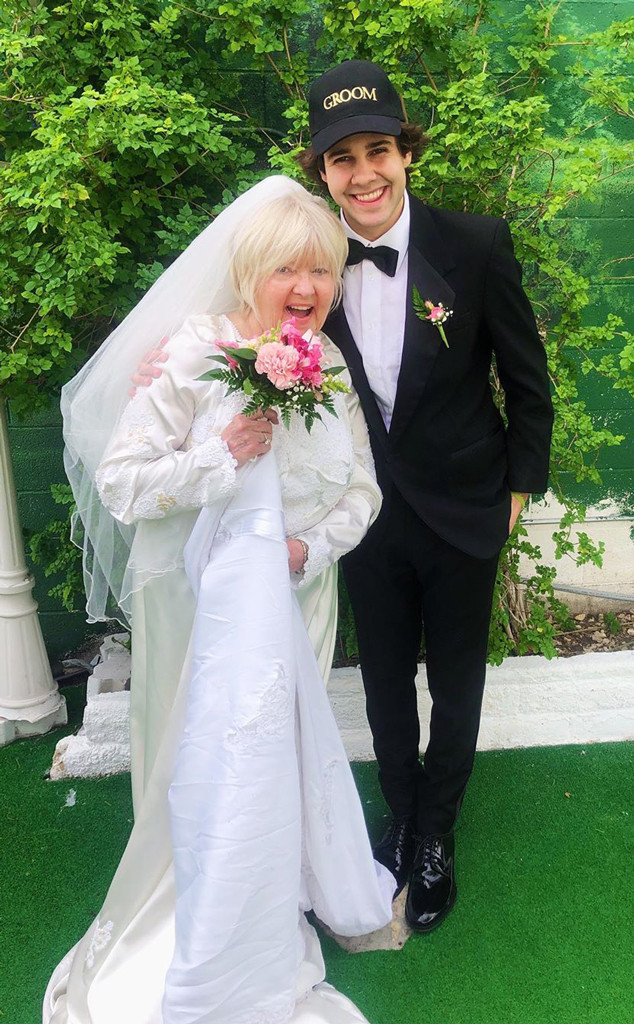 E! News can confirm that YouTube star David Dobrik is legally calling it quits with his wife of one month, Lorraine Nash. In May, David took to social media to announce he’d tied the knot with Lorraine, the mother of his friend and fellow YouTube star Jason Nash.

“Last night I became my best friends stepfather by marrying his mother,” he wrote on Instagram along with a picture of the duo in wedding attire. “So grateful for this opportunity. I’ll treat you as my own. Love you Jason, now go take out the trash it’s stinking up our living room.”

He also explained to his fans on Twitter, “My friend told me I would never find love and get married. So I flew to his moms house and married her on the spot. Now that same friend is my stepson. True love always wins.”

While many fans believed it was a joke, David also posted a video of the proposal and the Las Vegas wedding on YouTube.

My friend told me I would never find love and get married. So I flew to his moms house and married her on the spot. Now that same friend is my stepson. True love always wins pic.twitter.com/OQ3p0ONGkV

In the video, David flew to Boston to propose to Lorraine, explaining he wanted to be Jason’s stepdad.

“That would be hysterical,” Lorraine replied, agreeing to fly to Las Vegas to get married.

But, it appears that things are over between David and Lorraine, because the 22-year-old YouTube star has filed for divorce. E! News has obtained the court documents, filed in Los Angeles Superior Court on Tuesday, June 11, which show David’s petition for the dissolution of marriage.

David has not yet commented on his divorce filing.