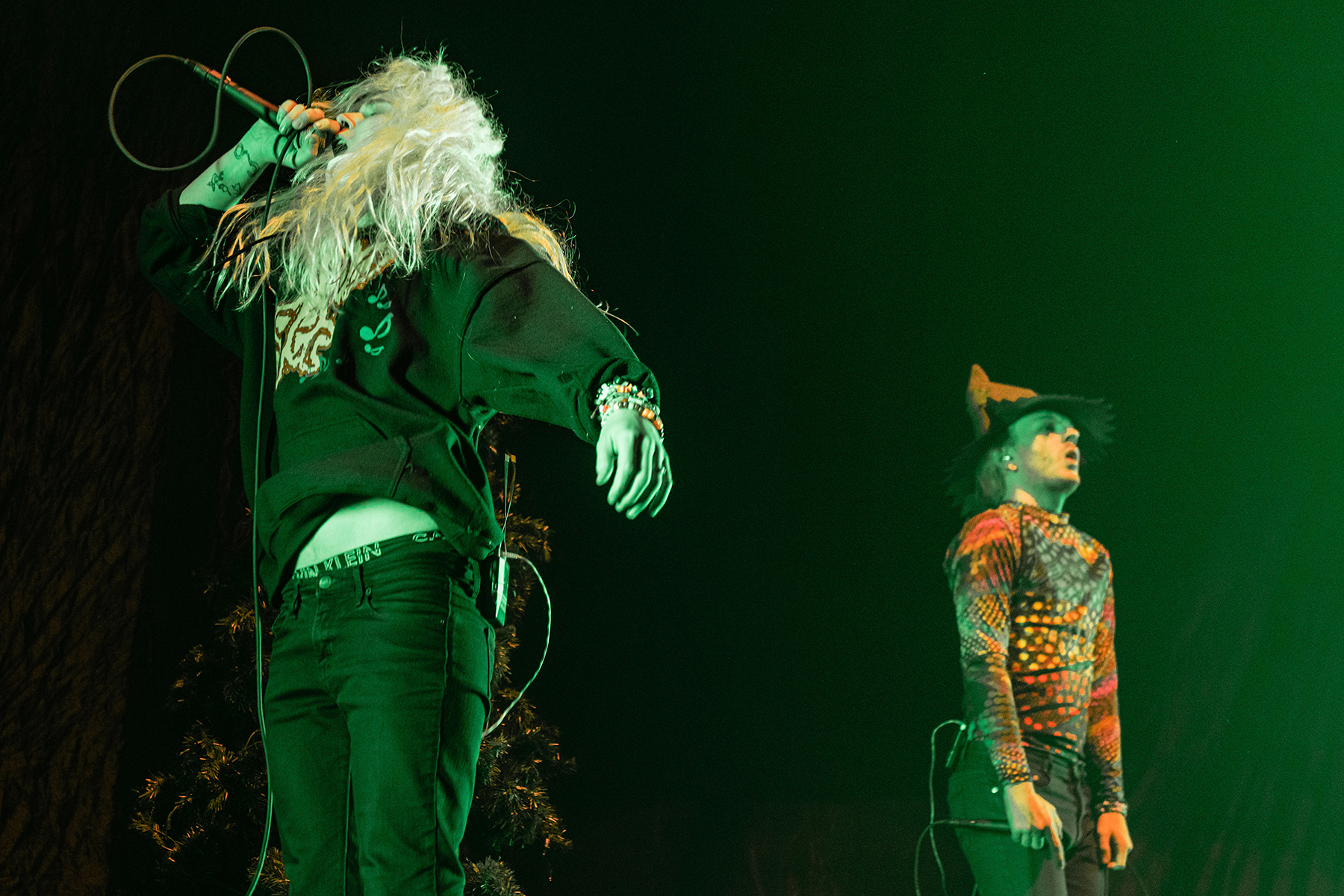 100 Gecs have teamed up with U.K. pop singer GFOTY and DJ Count Baldor for a riotous new remix of “Stupid Horse.” The track will appear on 100 Gecs’ upcoming album, 1000 Gecs and the Tree of Clues.

The “Stupid Horse” remix arrives with a fittingly bonkers video in which GFOTY and Count Baldor seem to play an alternate-universe version of 100 Gecs whose version of “Stupid Horse” so enamors the actual Gecs that they reach out to the pair to remix the track — but alas, the video ends in a brutal text rejection.

1000 Gecs and the Tree of Clues is a remix album based on 100 Gecs’ acclaimed 2019 debut, 1000 Gecs. The “Stupid Horse” remix follows new versions of “Gec 2 Ü” with Dorian Electra, “Ringtone” with Charli XCX, Rico Nasty and Kero Kero Bonito, and “Money Machine” by A.G. Cook. The record will also feature crowd-sourced contributions from fans after 100 Gecs made the stems from 1000 Gecs available online. A release date for Tree of Clues has yet to be announced.