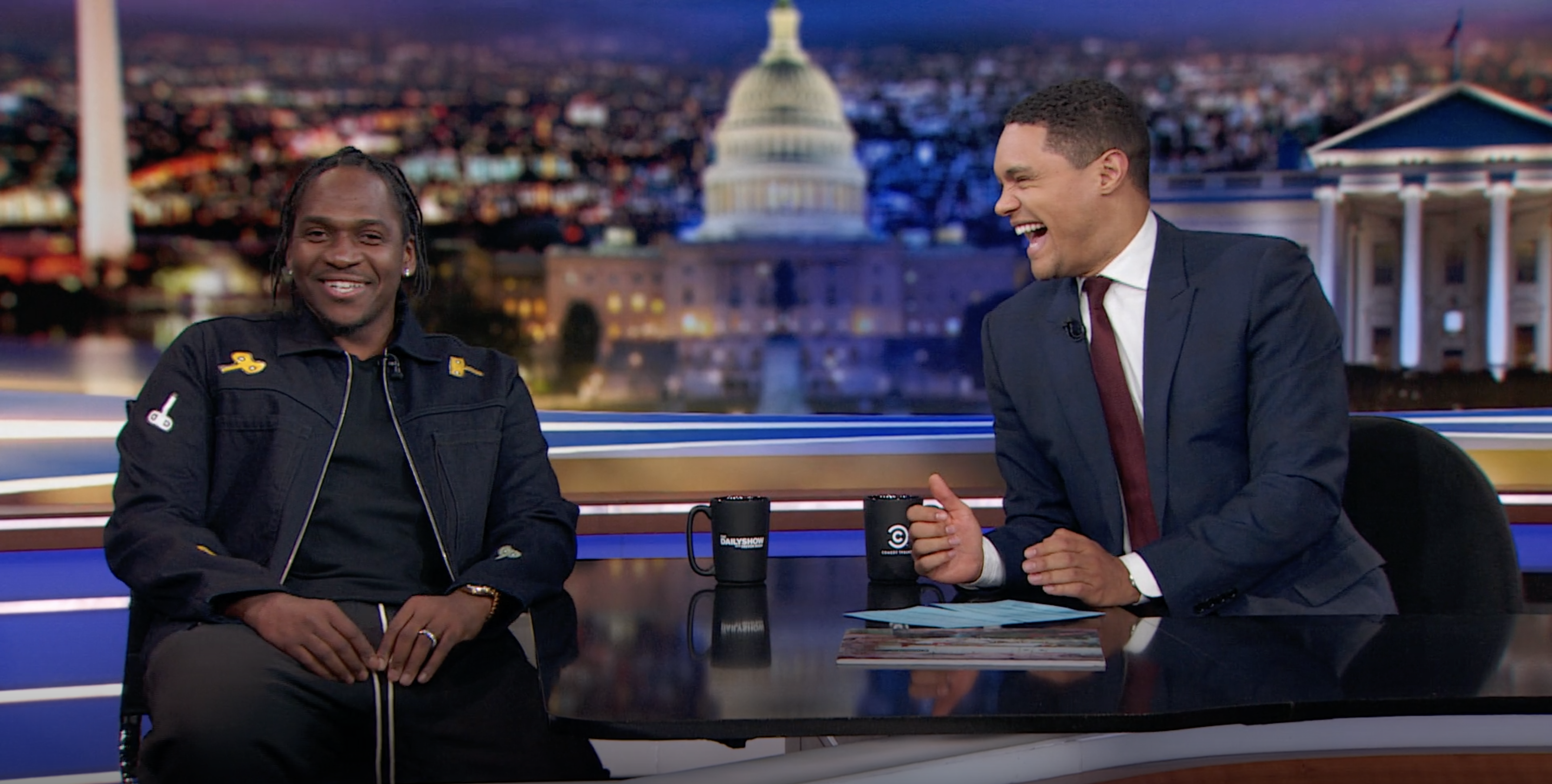 Pusha T has been vocal about his disdain for the Trump presidency. In an interview with Trevor Noah on The Daily Show, the Grammy-nominated artist shared how Kanye West’s support of the President affected the creation of Daytona.

“He doesn’t anymore. He stopped. He stopped, though. He stopped,” Push exclaimed when Trevor brought up West’s love of the MAGA hat. “Can you imagine having those conversations while he’s trying to make my album? He basically has my life in his palm and I have to tell him that I hate something. We always have real conversations, though. Always. I think that’s why me and him connect so well and I think that’s why Daytona came out so well, because it’s a give and take. If I don’t like something, I say it and he tries to correct it, and so on and so forth.”

In a July interview with The Guardian, Pusha T explained how West’s 400 years of slavery “sounds like a choice” hampered the critical reception to Ye and also compared the MAGA hat to another cap worn by racists.

“People are a bit scared to embrace Ye now. Fine, whatever bro. That comes along with saying the controversial shit,” Push shared. “The Make America Great Again hat is this generation’s Ku Klux hood. When was America so great anyways? Name that time period?”