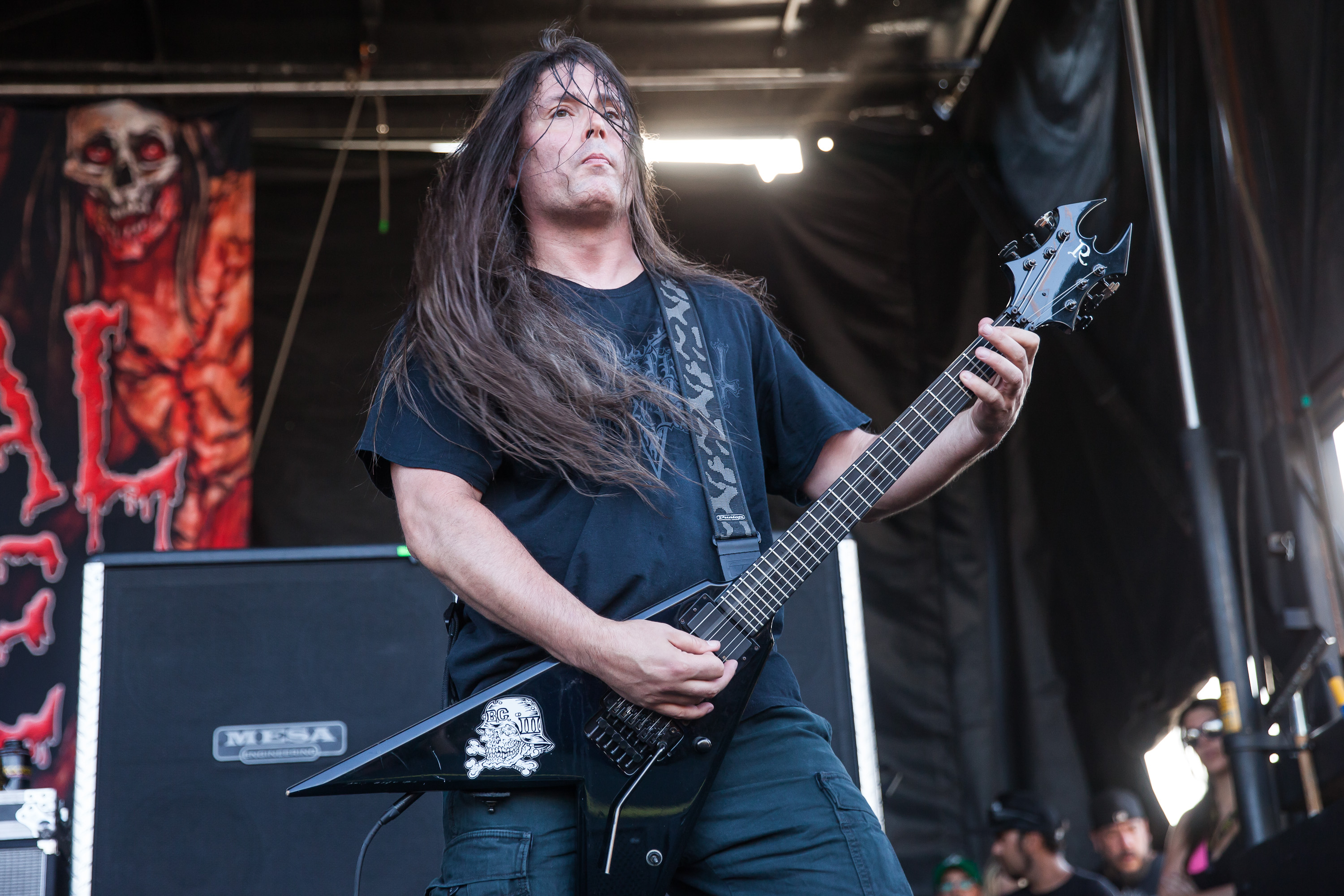 Before Cannibal Corpse guitarist Pat O’Brien suffered an apparent break from reality last week, he warned his relatives of “the rapture” and that “aliens have landed,” according to Tampa Bay Times. The death-metal mainstay, who has played with the band since 1997 and even once played in Slayer for a spell, was arrested last Monday for burglary and assaulting police as his home burnt down in Florida.

After putting out the flames, fire marshals discovered a makeshift armory in his rubble. He had 50 shotguns, including one that was illegally sawed off, 10 semiautomatic rifles, including ones like AK-47s, two Uzi-style firearms, 20 handguns and two flamethrowers. When the house was burning, there were reports of ammunition going off inside, set off by the heat, though no one was hurt. Despite this, authorities still found thousands of rounds, stored in boxes, metal cans and ammo belts, as well as many other weapons and three skulls. Other than the sawed-off shotgun, the Times reports that O’Brien possessed all of these weapons legally.

The guitarist’s arrest report detailed the night’s events. Just before 7 p.m., he broke into his neighbor’s home. When the people inside asked him to leave, he shouted, “The rapture is coming.” He subsequently pushed a woman to the ground and ran to the backyard, with neighbors calling 911 and finding O’Brien hiding behind a fence. After police asked him to surrender, he charged at them with a knife. They subdued him with a Taser and noticed his house was on fire. He was booked under charges of aggravated assault on a police officer and burglary.

A judge ordered O’Brien to undergo testing for drugs and alcohol but later rescinded the demand. He was released on $50,000 bail. Reps for Cannibal Corpse last week declined Rolling Stone’s request for comment.

Cannibal Corpse are set to tour in support of Slayer on the next leg of the latter band’s final tour in North America next year. The group has yet to comment on how O’Brien’s arrest will affect the tour.