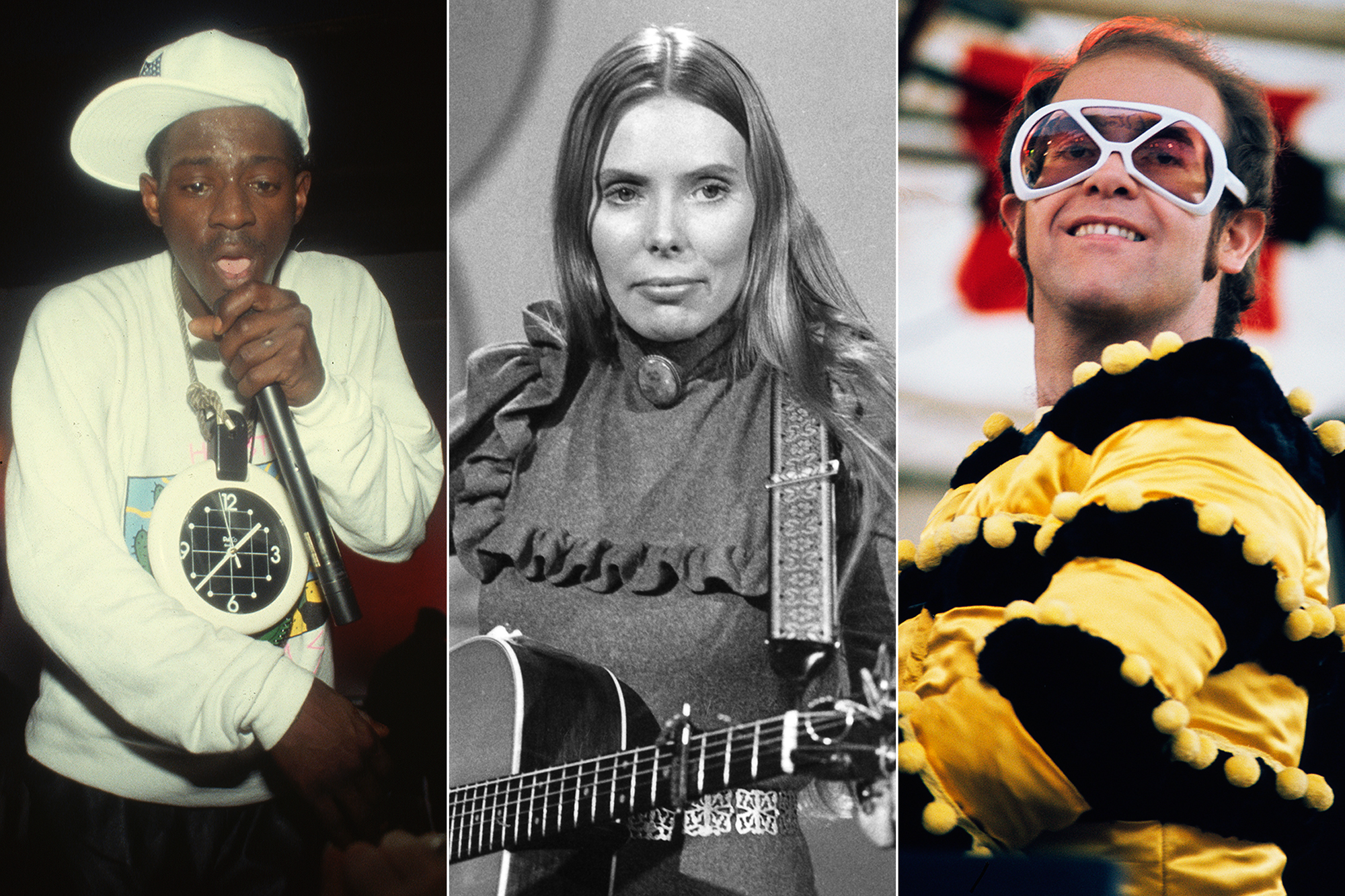 Recordings from Elton John, Public Enemy, Joni Mitchell, the Police and the Allman Brothers Band are among the 26 titles added to the Grammy Hall of Fame this year.

The new inductees include John’s 1972 classic “Tiny Dancer,” Mitchell’s 1969 album Clouds, Public Enemy’s 1988 album It Takes a Nation of Millions to Hold Us Back, The Police’s 1983 hit “Every Breath You Take” and the Allman Brothers’ 1972 record, Eat a Peach.

Each year, the Grammy Hall of Fame inducts a select mix of singles and albums that are at least 25 years old and “exhibit qualitative or historical significance.” Since it started 47 years ago, the Hall has amassed 1,114 recordings, which are on display at the Grammy Museum.

The 2020 Hall of Fame class covers a diverse mix of genres and includes selections that date back as far as the Twenties. Among the earliest recordings are jazz pioneer James P. Johnson’s 1921 song “Carolina Shout,” folk artist Blind Alfred Reed’s 1929 protest song “How Can a Poor Man Stand Such Times and Live?” and Delta blues artist Skip James’ 1931 recording “Devil Got My Woman.”

It Takes a Nation of Millions, released in 1988, is most contemporary addition, while other more recent selections include the Eurythmics’ 1983 song “Sweet Dreams (Are Made of This)” and Willie Nelson and Merle Haggard’s 1982 version of “Pancho and Lefty.”

Other selections include Neil Diamond’s “Sweet Caroline,” Patsy Cline’s “Walkin’ After Midnight,” Dick Dale and the Del-Tones’ “Miserlou,” Devo’s Q: Are We Not Men? A: We Are Devo!, Bo Diddley’s “I’m a Man,” Peter Frampton’s Frampton Comes Alive! and Nancy Sinatra’s “These Boots Are Made for Walkin.”

“We are so honored to welcome these timeless masterpieces to our growing catalog of iconic recordings that serve as a beacon of music excellence and diverse expression that will forever impact and inspire generations of creators,” Recording Academy President CEO, Deborah Dugan said in a statement.