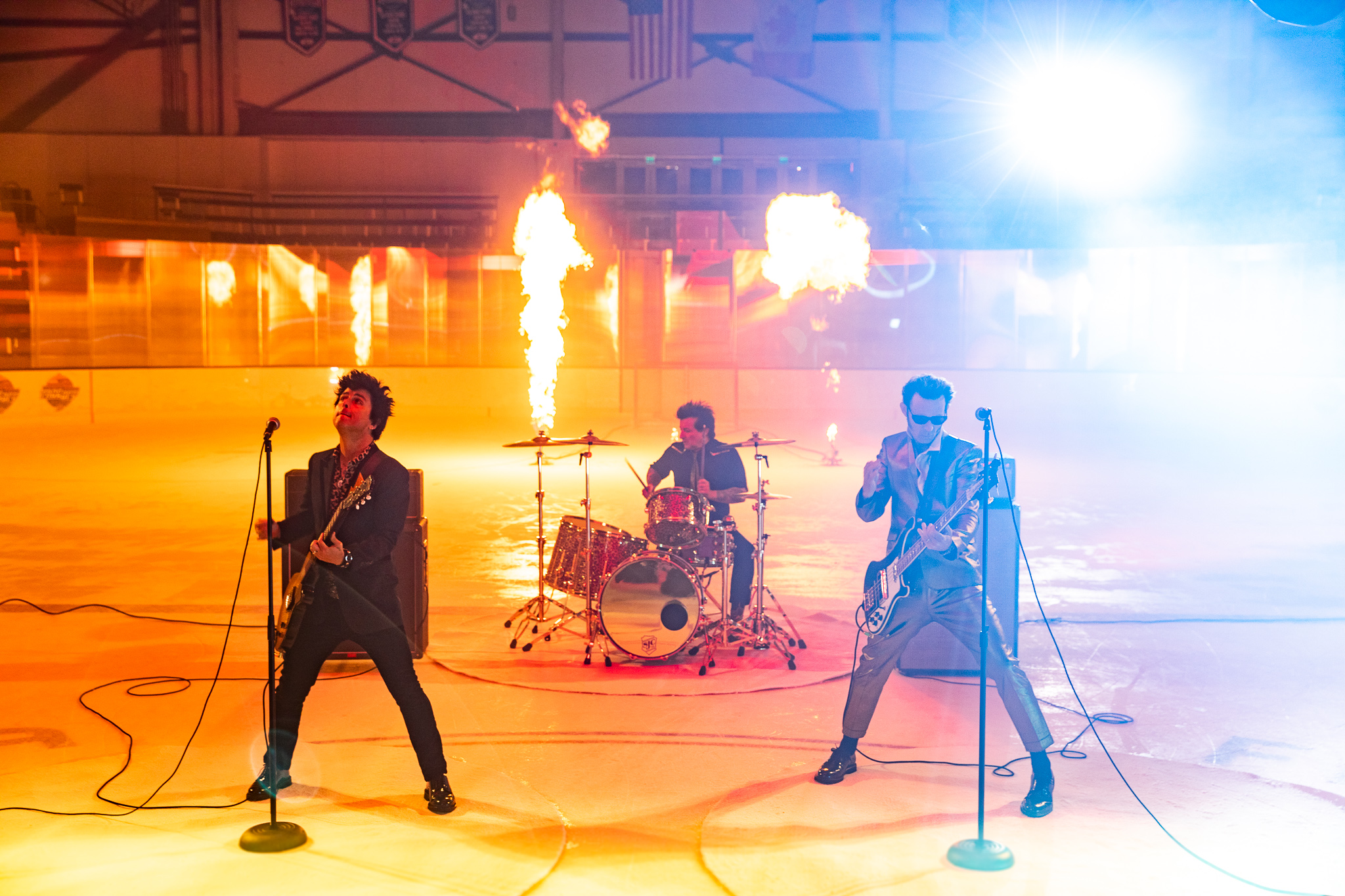 Green Day and the National Hockey League (NHL) teamed up to debut Green Day’s new single, “Fire, Ready, Aim” during Wednesday’s game between New Jersey Devils vs. Philadelphia Flyers. The track, which will appear on the band’s forthcoming album, Father of All…, will serve as the opening song for Wednesday Night Hockey broadcasts throughout the 2019-2020 NHL season.

In the Wednesday Night Hockey open video, shots of Green Day performing on the ice are interspersed with hockey teams hitting the ice, facing off and battling for the puck. The punchy song befits the action-packed play on the ice, with its hand-clapped beats, rollicking piano and guitar melodies, alongside sing-along harmonies.

Green Day and the NHL have inked a two-year cross-platform partnership. In addition to the opening song, Green Day is set to perform at the 2020 Honda NHL All-Star Game in St. Louis, Missouri on January 25th at 8 p.m. ET, which will be broadcast via NBC, Sportsnet, CBC and TVA Sports. Future Father of All… singles will also be released during Wednesday Night Hockey, according to Associated Press.

Green Day’s latest single from their upcoming 13th LP, which is due out February 7th via Reprise/Warner, follows the release of their song and video for the title track. Green Day will embark on their Hella Mega Tour with Weezer and Fall Out Boy in summer 2020, with the first U.S. date taking place on July 17th in Seattle, Washington at T-Mobile Park.

Steamboat Springs
clear sky
47.8 ° F
51.8 °
46 °
70 %
1.4mph
1 %
Fri
81 °
Sat
80 °
Sun
68 °
Mon
66 °
Tue
54 °
ABOUT US
KQZR – The Reel is the Yampa Valley’s classic rock radio station that’s true to its name. Playing classic rock and roll from the 60’s, 70’s, 80’s and 90’s, Colorado KQZR – The Reel is the music you grew up with. Our library of Rocky Mountain classic rock includes all the artists you expect: The Beatles and the Rolling Stones, Fleetwood Mac, Led Zeppelin, The Who, The Eagles and Lynyrd Skynyrd, with some Petty and Clapton thrown in for good measure. All your favorites, plus some deeper cuts and live versions. KQZR – The Reel plays the music you know. Classic then – still classic now.