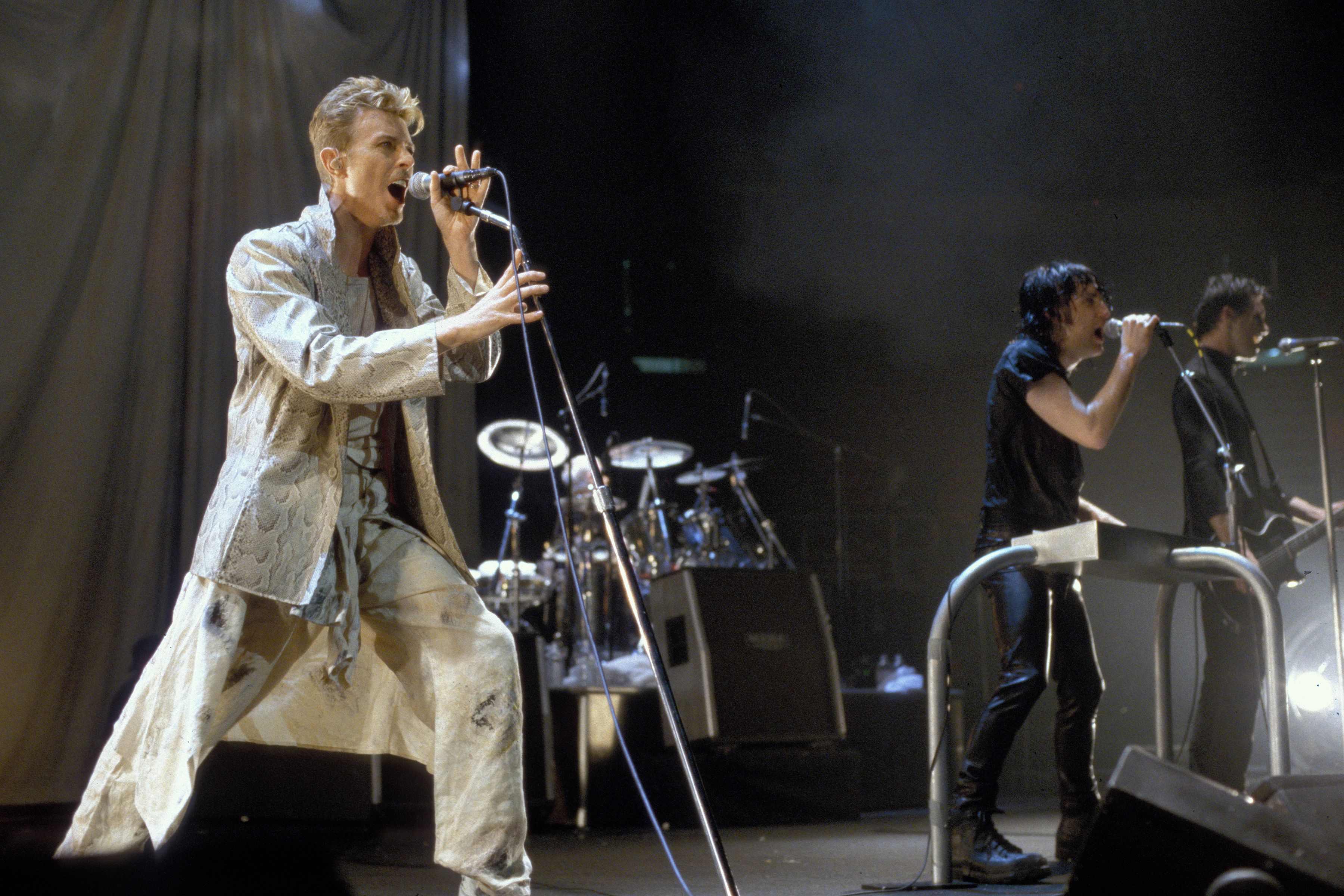 Reznor and Ross are releasing their Watchmen score as a three-volume soundtrack, with each edition issued on vinyl throughout the show’s first season. The first two volumes came out in November, and the third installment follows on December 16th.

Nine Inch Nails have paid tribute to Bowie in the past, having covered the late musician’s Blackstar track “I Can’t Give Everything Away” onstage in 2017. Reznor, who referred to Bowie as a “mentor” and “fatherly figure” in a written memorial, contributed to the singer’s 1997 single “I’m Afraid of Americans” and even appeared in its music video.

Reznor recently spoke to Rolling Stone about his admiration for Watchmen showrunner Damon Lindelof and the strategy behind releasing the soundtrack in three pieces.

“We’re having some fun with the way that it’s released,” he said. “There are a number of reasons behind doing that. One is there is quite a bit of music, and I think when you drop a big chunk — a couple hours’ worth of music — on the public these days, that’s a good way to get 90 percent of it ignored. So breaking it up is good.

“The motivation wasn’t to monetize it three times,” he continued. “That wasn’t what the deciding factor was. And we’re putting it out on vinyl because we’ve been on a physical-object kick. Speaking for myself, that’s for nostalgic reasons. I’m looking at a shelf full of vinyl albums right now, and it that feels a little different than something that’s a cloud-based file, which feels a little disposable. They also tie into Watchmen. Let’s put it this way: We overthought it.”