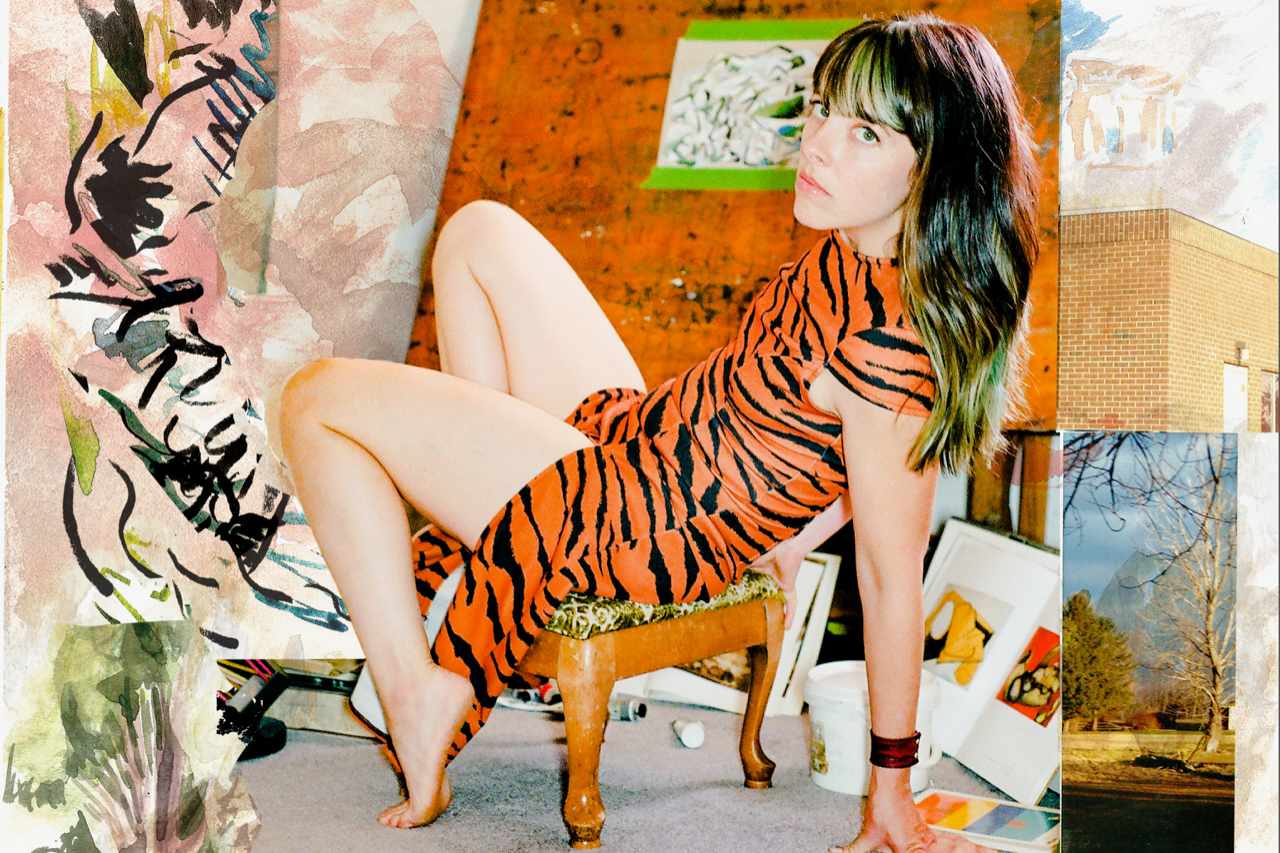 A chaotic rocker featuring ambient percussion and harp, the track is about a dream Quinlan had about her infant niece. “My love, in the dream, you were already speaking,” she sings, concluding in the song’s final seconds: “I have to stop myself and admit you make me happy.”

Likewise was recorded at Philadelphia’s Headroom Studios with Hop Along guitarist Joe Reinhart. “Working with Joe on this made me able to better see that the guitar is just one vehicle,” she said in a statement. “There are so many others to explore.”

The album cover features a self-portrait by Quinlan. Two hundred and fifty limited edition copies of the album will be pressed on white and blue marbled vinyl with two autographed prints of artwork.

Quinlan will play a brief trek in 2020 in support of Likewise, kicking off at Chicago’s Tomorrow Never Knows Festival at Sleeping Village and wrapping up at San Diego’s Casbah on March 14th.