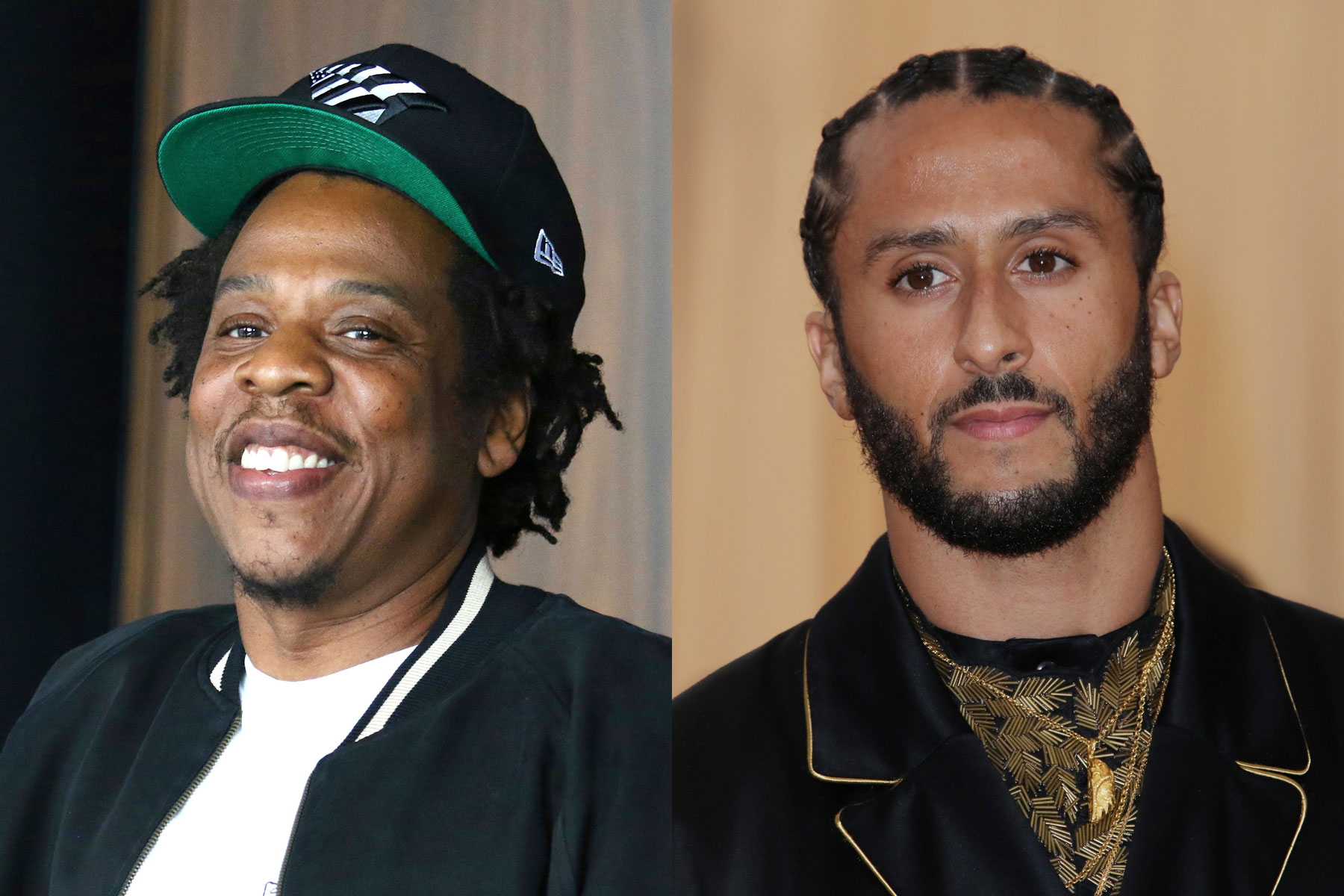 Yesterday, Roc Nation announced that is the new “live music entertainment strategist” for the NFL. At a press conference Wednesday at the Roc Nation offices, Jay-Z answered questions about the deal alongside NFL commissioner Roger Goodell. One of the most controversial aspects surrounding the new partnership is its arrival after Jay years-long criticism the league’s handling of Colin Kaepernick’s peaceful protest against police brutality, which other players also took up.

“I think that we forget that Colin’s whole thing was to bring attention to social injustice, correct?” Jay said during the conference. “So in that case this is a success; this is the next thing. ‘Cause there’s two parts of protesting. You go outside and you protest, and then the company or the individual says, ‘I hear you. What do we do next?’ So for me it was like, action, actionable item, what are we going to do with it? Everyone heard and we hear what you’re saying, and everybody knows I agree with what you’re saying. So what are we going to do? So we should, millions of millions of people, and all we get stuck on [is] Colin not having a job.”

Roc Nation’s deal with the NFL is not connected to Kaepernick. Jay told the room he isn’t the former quarterback’s boss, therefore he cannot ask him to join anything. “I’m not knocking anything he’s doing, and I hope he doesn’t knock what I’m doing,” Jay said. He also confirmed that he had spoken to Kaepernick prior to announcing the deal, but would not divulge any details of their conversaion.

Goodell was later asked if the partnership is “disingenuous,” considering many people believe that Kaepernick was blackballed by the league. “We talked about a variety of issues. I think when we first met we talked about entertainment and how we do that, but the number one thing we went to was impact,” Goodell explained. “We can have an impact together. We can do some really positive things in our community. So to go to Jay’s point, we listen to our players. We understood what our players were saying and we created a platform, in which to help drive change in communities that Colin has raised and that other players have raised. This partnership in addition to the entertainment aspect of branded football and music together is going to help us make even greater change. We call it protest to progress.”