The two surviving members of the Doors gathered an eclectic group of friends and peers Thursday, for a special one-night-only reunion performance at a charity concert in Los Angeles.

John Densmore and Robby Krieger were joined on stage by Nirvana’s Krist Novoselic on bass for the first-ever “Homeward Bound” concert, a fundraising event for PATH (People Assisting the Homeless), a non-profit focused on affordable housing and services for the homeless population in California.

Densmore and Krieger were supported on the bill by Ingrid Michaelson, Fitz and the Tantrums, and Jason Mraz, along with an American Idol reunion of sorts, with sets by Season 11 winner Phillip Phillips, Season 16 winner Maddie Poppe, and Season 17 runner-up Alejandro Aranda (now known as Scarypoolparty). But it was clear who the audience came to see.

Reunited: #TheDoors’ John Densmore and Robby Krieger tear it up with @jacmnelson3 at the #HomewardBound concert in LA benefitting @pathpartners pic.twitter.com/4FQqxBtUaI

Backed by a four-piece band that included Novoselic, and Willie Nelson’s youngest son, Micah Nelson, on guitar, Densmore and Krieger played a tight, 20-minute set before a sold-out crowd at The Wiltern. The two had teased surprise guests filling in for the late Jim Morrison on vocals (“Our singer is in Paris,” Densmore quipped), and they didn’t disappoint, bringing out Eurythmics’ Dave Stewart and his daughter Kaya to open with “Hello, I Love You,” off The Doors’ third studio album, Waiting for the Sun.

Another American Idol alum, Haley Reinhart, took the stage next, showing off her chops on a one-two punch of “Crystal Ship” and “People Are Strange.”

“This next tune is kind of prophetic for what this night is about,” Densmore said, before inviting “the tantrum dude,” Michael Fitzpatrick from Fitz and The Tantrums, on stage to perform “Riders on the Storm.”

The short set ended with Nelson trading licks with Krieger, and former Canned Heat harmonica player Stanley Behrens, on The Doors’ classic 1970s B-side, “Roadhouse Blues,” before the performers gathered center stage for a final bow. Turning the attention back to the evening’s cause, Krieger thanked the crowd for coming and half-joked that the next time he’d be playing, it would be a free show for the homeless. One hundred percent of the proceeds from the concert went to PATH. The event also included a live auction, with two guitars signed by all the performers fetching a total of $17,000.

Thursday’s “Homeward Bound” show was billed as Densmore and Krieger’s first performance in 20 years, though the two appeared together as recently as 2017, when they accepted the Founders Award at the Museum of Pop Culture in Seattle. 2020 marks the 55th anniversary of the band’s founding. 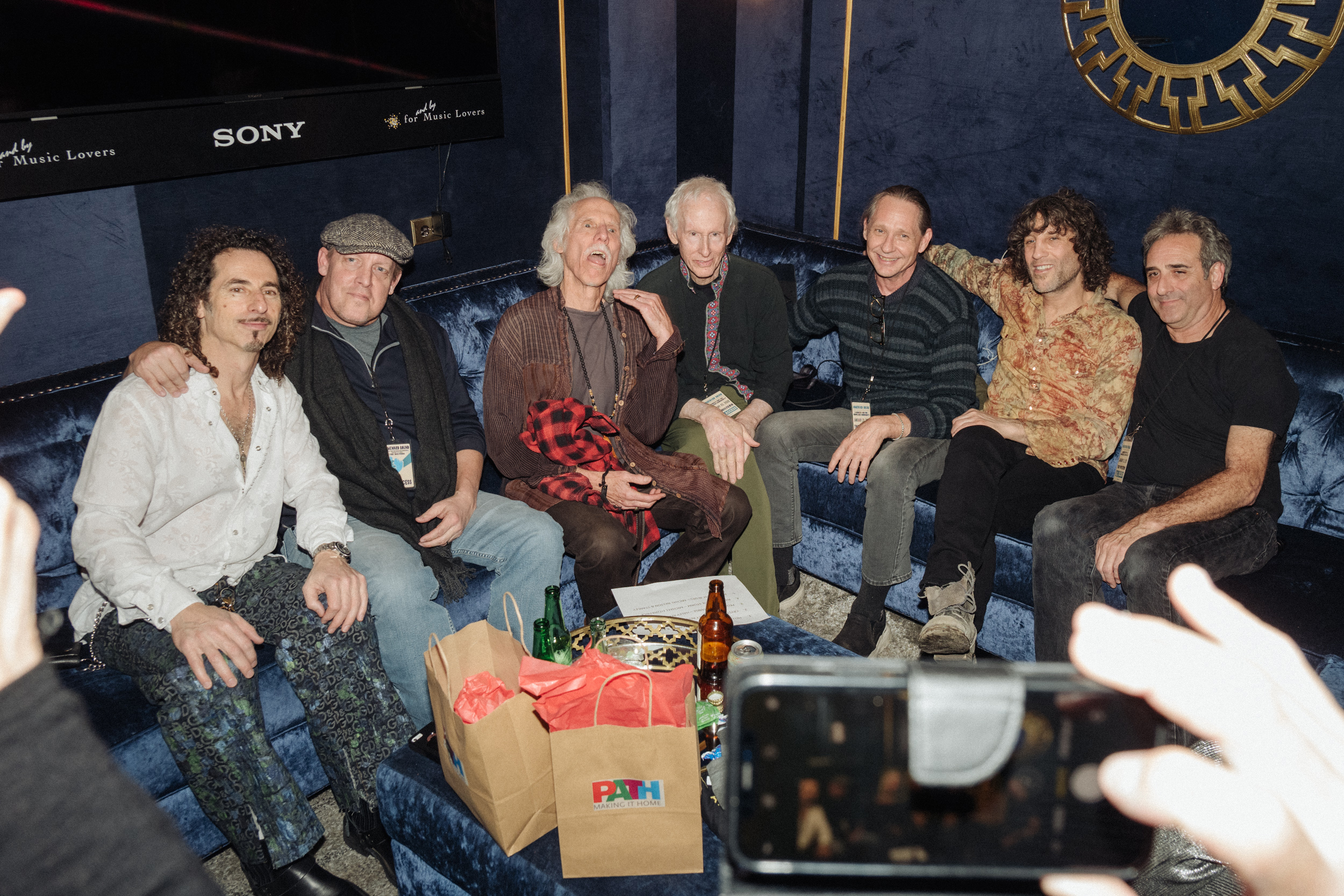