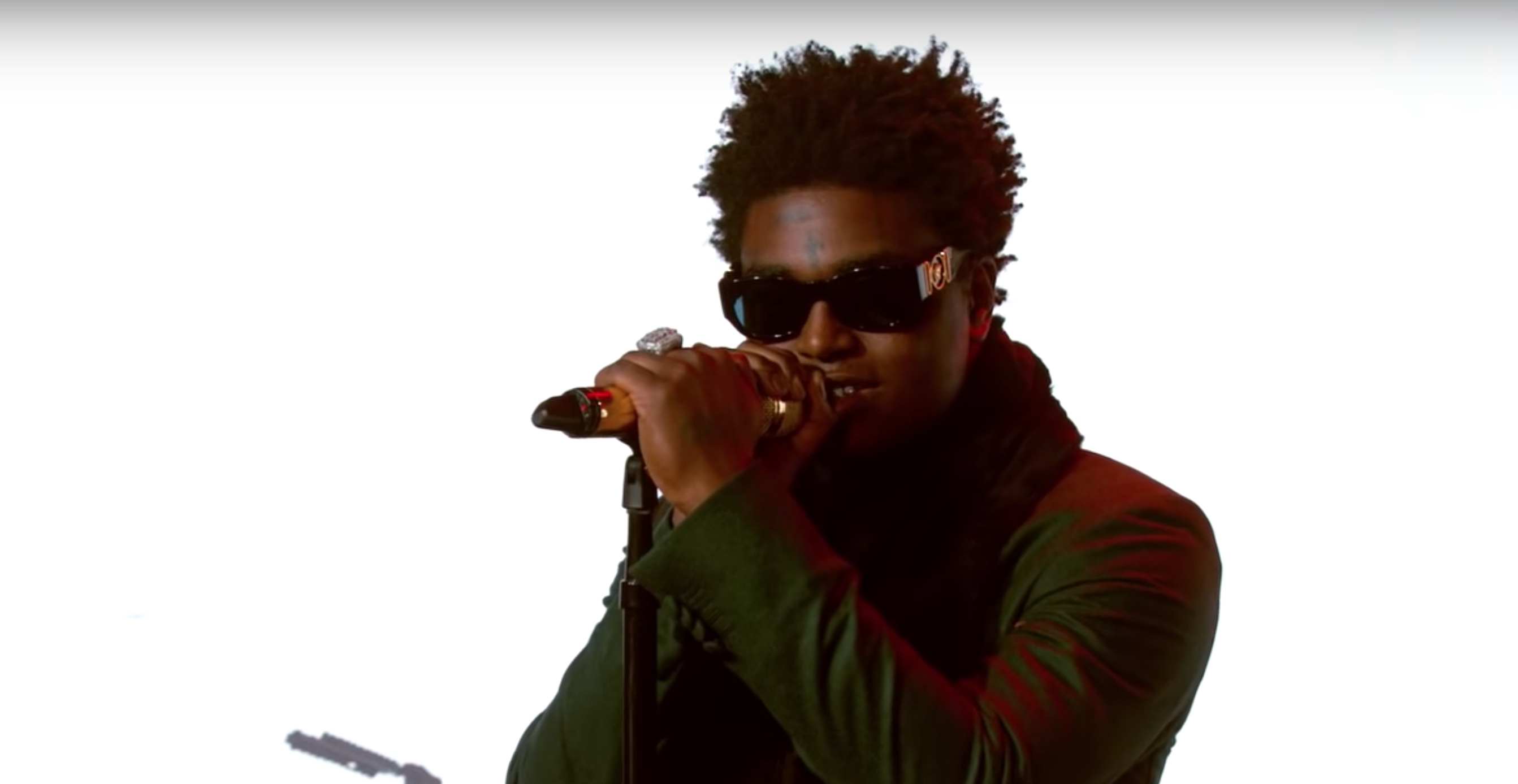 Kodak Black performed his new single, “Testimony,” during Jimmy Kimmel Live on Monday in an intimate setting in front of a live audience. Backed by a three-piece band, the rapper offered an introspective, confessional delivery set to soft white and red lighting, which mirrored the song’s sentiments of salvation and falling to the temptation of the streets.

“Testimony” appears on Kodak Black’s sophomore studio album, Dying to Live, which was released earlier this month. The LP includes his previously released single “Zeze” featuring Travis Scott and Migos’ Offset. In a recent interview with 103.5 The Beat (via Billboard), the rapper detailed the inspiration behind the album’s title. “It’s deep. I be feeling like we dying to live, everybody going through something and suffering,” he said. “There’s a lot of kids who will do anything just because they probably want to get a flatscreen, get some gold and flex. There’s people who would risk their life for $5000. They’re dying to live. We thugging so hard and wondering why the world won’t soften up around us.