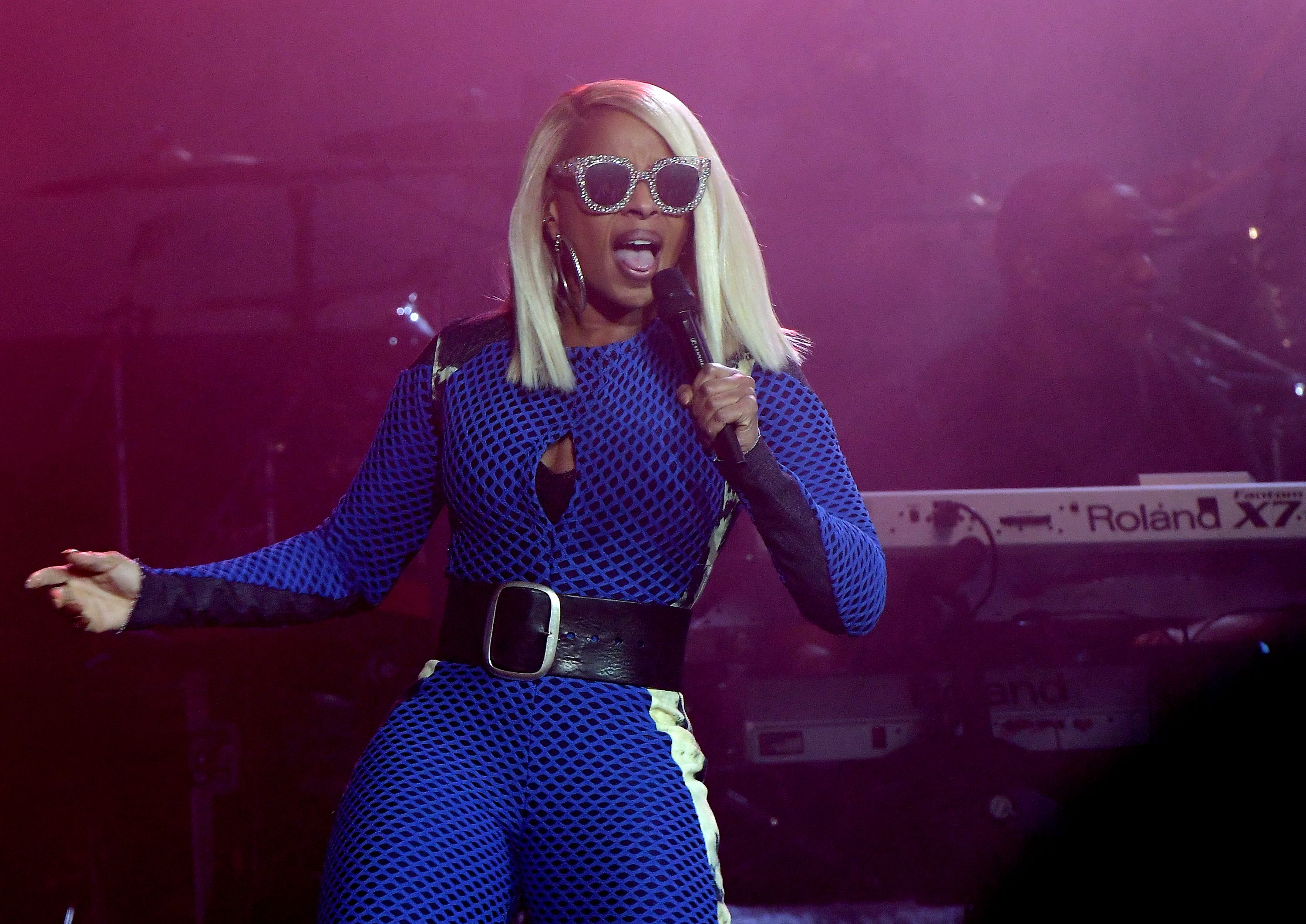 Mary J. Blige will be honored with BET’s Lifetime Achievement Award, the BET Networks announced on Wednesday. The award will be presented during the 19th annual BET Awards ceremony, which will air live from the Microsoft Theater in Los Angeles, California, on June 23rd.

The Queen of Hip-Hop Soul will add the accolade to a long list of career accomplishments, which includes eight multi-platinum albums and nine Grammy Awards. Her film work has garnered two Golden Globe nominations as well as a SAG nod. In 2018, she made history for when she was nominated for two Academy Awards and became the first double nominee in the best supporting actress and best song categories for her contributions to Mudbound.

Following Blige’s appearance at the BET Awards, the singer will hit the road on a co-headlining summer tour with Nas, which kicks off on July 11th in West Palm Beach, Florida at Coral Sky Amphitheater at the S. Florida Fairgrounds. Last month, the pair teamed to release their new single, “Thriving.”

Steamboat Springs
clear sky
69.8 ° F
75.2 °
57.2 °
25 %
0.9mph
1 %
Wed
74 °
Thu
76 °
Fri
80 °
Sat
79 °
Sun
69 °
ABOUT US
KQZR – The Reel is the Yampa Valley’s classic rock radio station that’s true to its name. Playing classic rock and roll from the 60’s, 70’s, 80’s and 90’s, Colorado KQZR – The Reel is the music you grew up with. Our library of Rocky Mountain classic rock includes all the artists you expect: The Beatles and the Rolling Stones, Fleetwood Mac, Led Zeppelin, The Who, The Eagles and Lynyrd Skynyrd, with some Petty and Clapton thrown in for good measure. All your favorites, plus some deeper cuts and live versions. KQZR – The Reel plays the music you know. Classic then – still classic now.