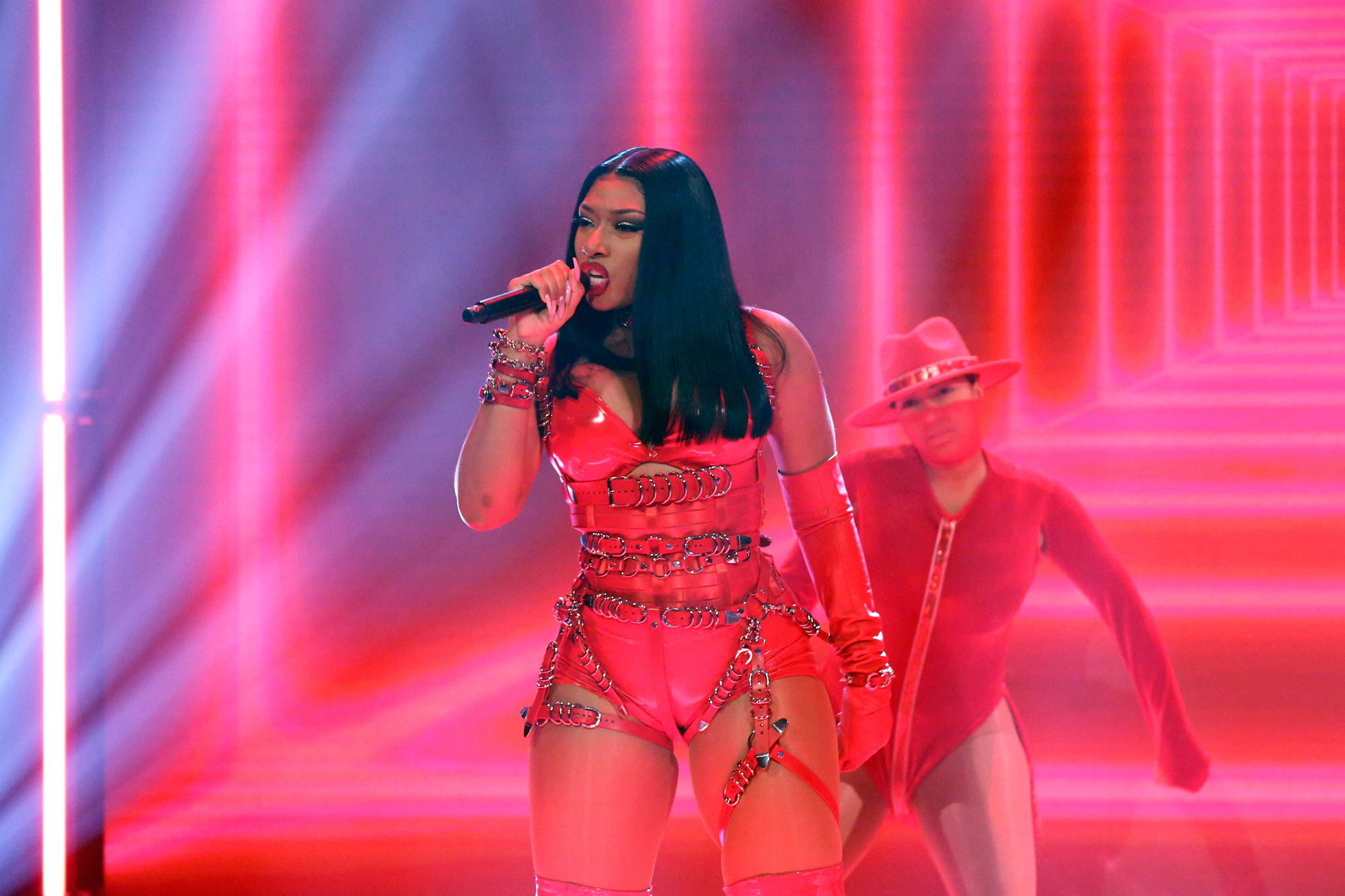 Megan Thee Stallion tore up the Tonight Show stage Thursday night with a rendition of her single “B.I.T.C.H.,” released earlier this year. The track will appear on her upcoming debut album, Suga.

Appearing in a red bodysuit covered in metal-buckle rings, Megan and her two backup dancers made their case for being a “b.i.t.c.h.” rather than losing control of one’s life. “I be quiet, but you out here tellin’ stories, one-sided,” she rapped. “I ain’t perfect and I try to fix the shit that ain’t workin’/But it’s 2020, I ain’t finna argue ’bout twerkin’,” at which point she added a cheeky twerk for the audience.

Earlier this week, Megan Thee Stallion was featured on the new Phony Ppl song, “Fkn Around,” and starred in the music video. She and the band had premiered the song during her NPR Tiny Desk concert last year. She also collaborated with Normani on the track “Diamonds,” featured on the soundtrack to the new Harley Quinn movie, Birds of Prey.

Her upcoming album, Suga, is named after her next persona, whom she described to NPR as being “besties” with her other alter ego, Tina Snow. “It’s a big problem,” she said.