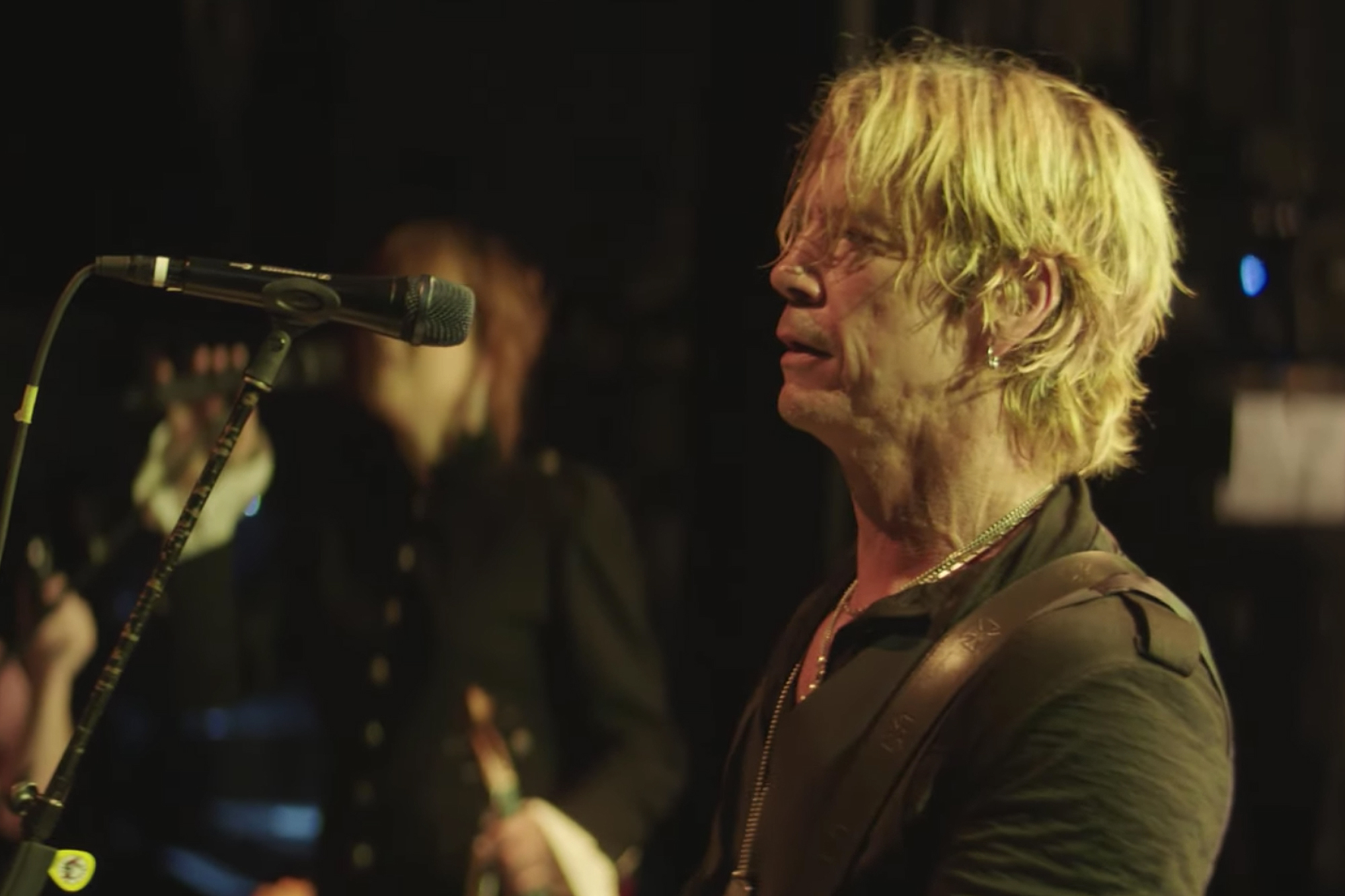 Duff McKagan strums an acoustic guitar and sings about striving for the truth in front of a rapt audience in the new video for “Don’t Look Behind You,” the closing track on the Guns N’ Roses bassist’s recent solo album, Tenderness.

McKagan filmed the clip at a sold-out show at Los Angeles’ El Rey Theater, where he was joined on stage by producer Shooter Jennings’ backing band. As the song goes on, McKagan seems to get lost in the lilting saxophone solo, shaking his head to the music. “Never look back, it will blind you,” he sings. “It’s getting better soon, the light is coming through.” It all builds to a soulful, almost hypnotic ending.

Earlier this year, McKagan explained to Rolling Stone that Tenderness began as a series of essays about social issues and how he saw the state of the world. But he ultimately decided it would make the most sense to turn them into songs. “Do I need to put more noise out there? No,” he said. “I’m playing in a big fucking rock band, the best rock band in the world, right? I didn’t need to make a record at all, but I chose to. I want to do something that’s healing.”

Around the album’s release last May, McKagan mounted a solo tour of North America, playing songs from Tenderness alongside some Guns N’ Roses deep cuts. This fall, he’ll take the tour to Europe, and after that, he and the rest of Guns N’ Roses will kick off a new string of dates on their newly extended Not in This Lifetime tour.