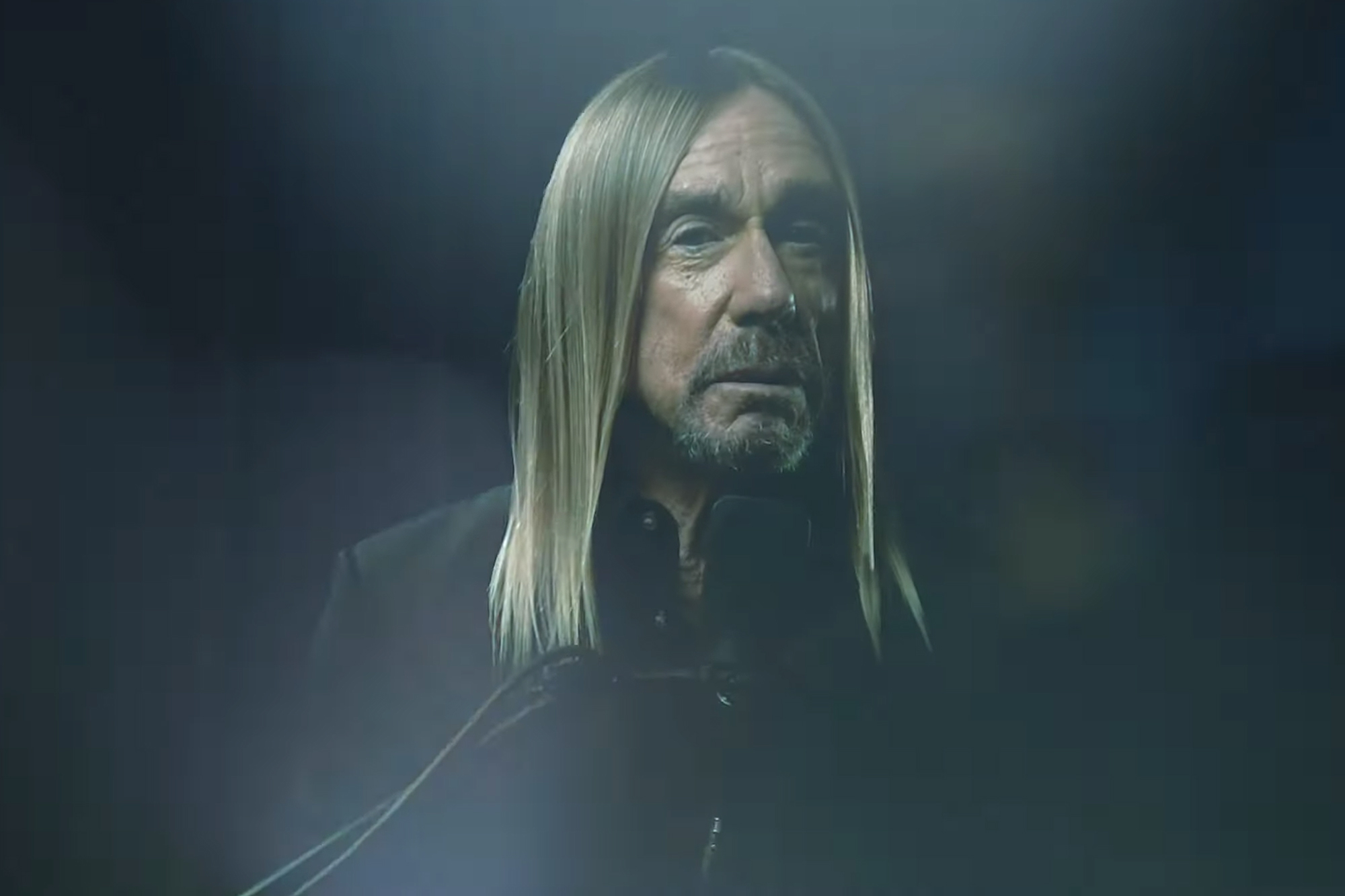 Iggy Pop dresses chic — at least chic for Iggy Pop, as he typically wears a blazer over his nude torso — in the clip for “James Bond,” a track off his forthcoming Free album. “She wants to be your James Bond,” he sings over a lumbering bass line. “Well, it’s not for a price, and it’s not to be nice.”

Singer Faith Vern chimes in “James Bond” at the end of his verses, but as the song goes on, she looks less Bond-like in a blue, faux-fur coat and a flannel shirt, as Pop takes some lewd turns lyrically (“Nuts melt in her mouth, but not in her hand.”) The track gets funkier and jazzier, leading up to Leron Thomas’ stunning trumpet solo.

Pop was coy in a statement when he discussed the meaning behind “James Bond.” “I don’t know what she’s up to exactly, but the tables seem to be turning, and she’s taking over,” he said. “Well, why not? I’ll try anything once. I’ve never had more fun singing a lyric. Faith’s reading is so loaded, and Leron’s production and trumpet along with the band swings like crazy.”

The singer made the video in Miami, where he lives, at Sweat Records. It was directed by Simon Taylor, who previously made a video for Pop’s collaboration with Underworld, “Get Your Shirt.”

Free is due out September 6th. He previously released the track “Free,” when he announced the album.

Steamboat Springs
clear sky
59.9 ° F
64.4 °
57.2 °
19 %
0.7mph
1 %
Wed
82 °
Thu
83 °
Fri
87 °
Sat
89 °
Sun
86 °
ABOUT US
KQZR – The Reel is the Yampa Valley’s classic rock radio station that’s true to its name. Playing classic rock and roll from the 60’s, 70’s, 80’s and 90’s, Colorado KQZR – The Reel is the music you grew up with. Our library of Rocky Mountain classic rock includes all the artists you expect: The Beatles and the Rolling Stones, Fleetwood Mac, Led Zeppelin, The Who, The Eagles and Lynyrd Skynyrd, with some Petty and Clapton thrown in for good measure. All your favorites, plus some deeper cuts and live versions. KQZR – The Reel plays the music you know. Classic then – still classic now.