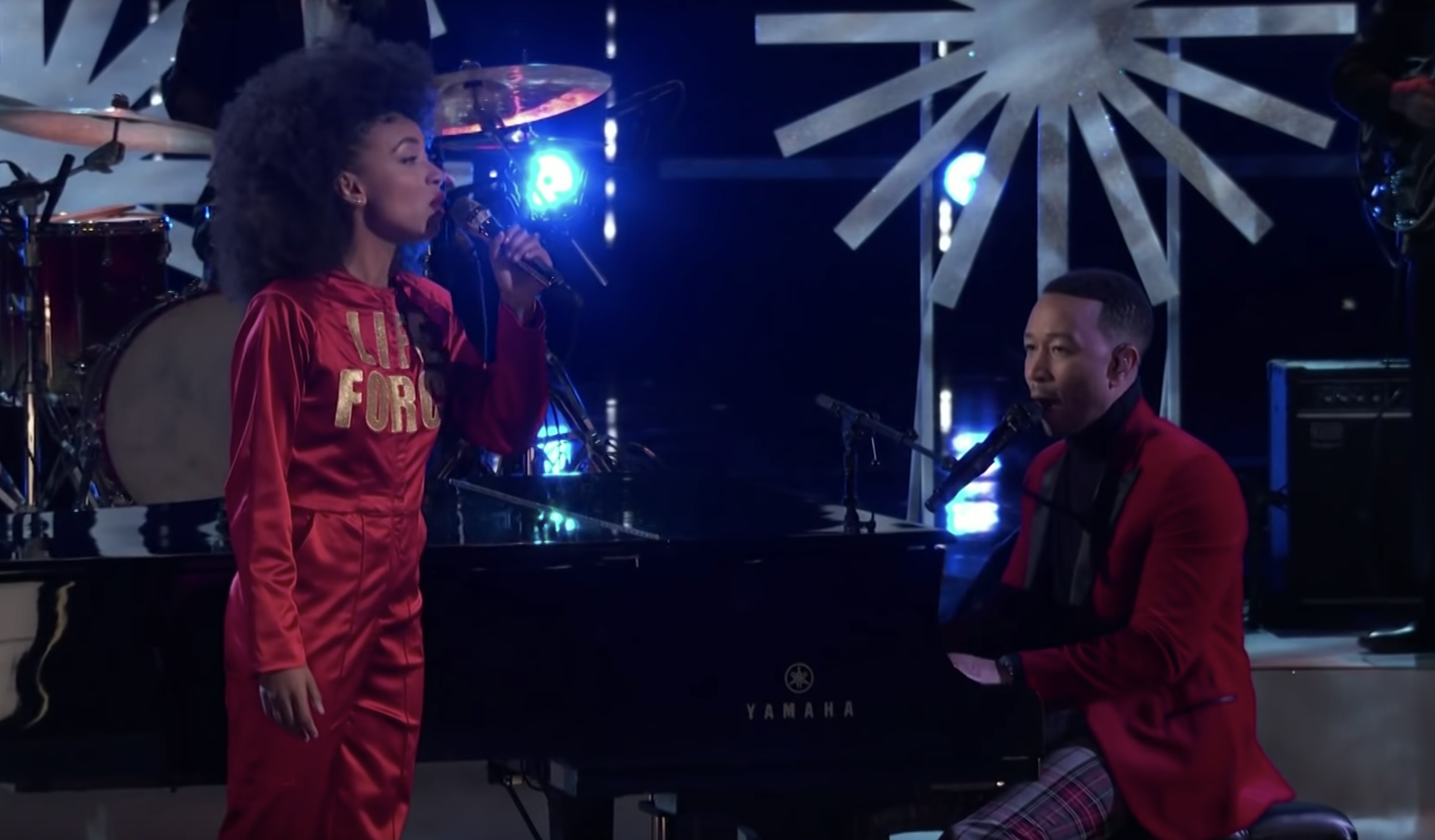 John Legend and Esperanza Spalding performed their rendition of the yuletide classic “Have Yourself a Merry Little Christmas” on the live season finale of The Voice Tuesday.

While Spalding provided backing vocals on the studio version of the duet, the jazz singer played a more prominent role in the song’s live performance of the song, with Spalding and Legend in lockstep harmony throughout the jolly take.

The rendition appears on Legend’s first holiday record A Legendary Christmas, released October 26th. The Raphael Saadiq-produced LP featured Legend’s take on Christmas classics like “Silver Bells” and “The Christmas Song (Chestnuts Roasting on an Open Fire)” alongside original Xmas-inspired tracks like “Bring Me Love” and “Wrap Me in Your Love.”

In addition to Spalding’s guest duet on “Have Yourself a Merry Little Christmas,” Legend also recruited Stevie Wonder and his harmonica skills for A Legendary Christmas‘ “What Christmas Means to Me.”

Legend and his wife Chrissy Teigen also co-starred together in the NBC special A Legendary Christmas With John and Chrissy that aired in late-November.