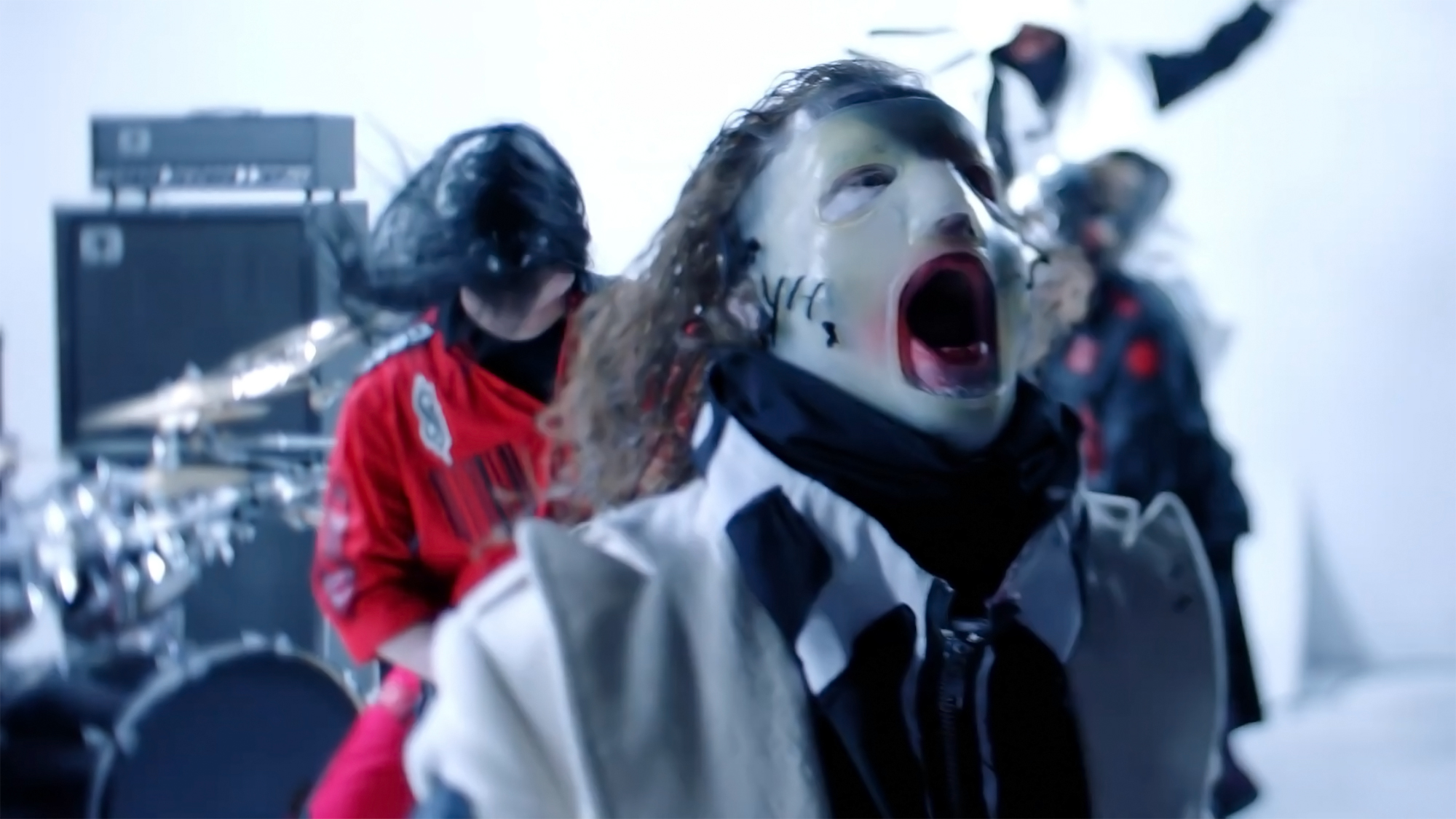 Rather than make a traditional video for their five-minute song “Nero Forte,” Slipknot have made a 20-minute surrealistic short film to give you the heebie-jeebies.

You can fill your time watching bugs gestate and creep around, office insulation blow from open vents, and the band members themselves perform as a nine-man drum line. If you’re looking for a more straightforward clip for the We Are Not Your Kind single, “Nero Forte,” skip to 8:27 (or visit YouTube) to see Corey Taylor and his masked compatriots bellow about “animosity” and how “nobody does it better than the enemy” while pounding the crap out of their instruments and each other.

The longer clip starts with “The End” and ends with a person appearing to crawl out of their own skin (and a title card that says “The Beginning”). Overall, it’s an exercise in the avant-garde with clear debts owed to filmmakers Stan Brakhage, Godfrey Reggio and Luis Buñuel, but it’s still rooted in the primalism of We Are Not Your Kind, which, incidentally, was Rolling Stone’s metal album of the year.

“I set out to make a short film that makes you question your own existence, here in this reality,” percussionist Clown, who directed it, said in a statement. “When you lay down in your bed, next to the one you love, do you ever ask yourself, ‘Is it possible that this person could slit my throat while I’m sleeping?’ Enjoy. Pollution is everywhere.”

Slipknot will be spending most of the year touring internationally. They’ll return to the U.S. in the spring for an appearance at Columbus, Ohio’s Sonic Temple Festival.