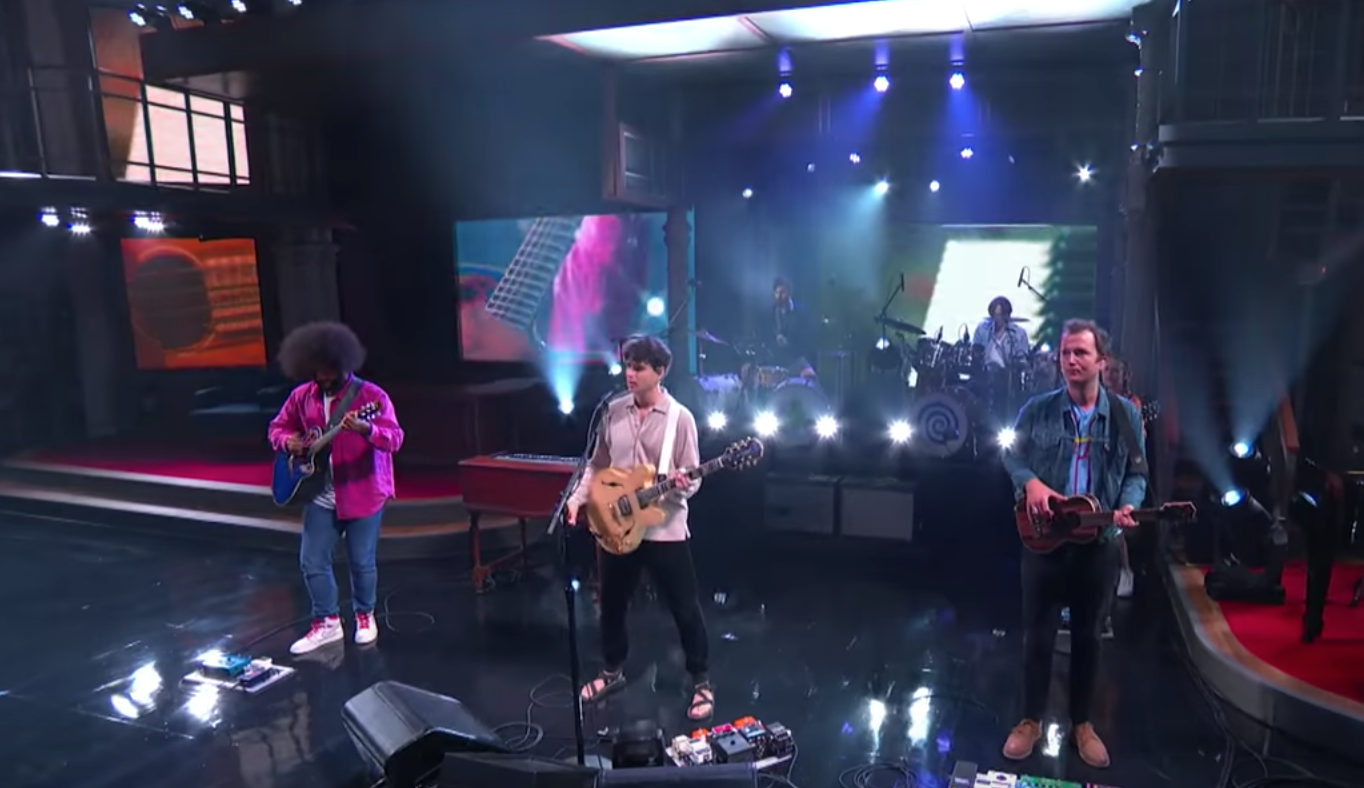 Vampire Weekend are currently on the road as part of their “Father of the Bride Tour” and the band stopped by The Late Show to perform one of their new songs for Stephen Colbert’s audience. The band selected “Sympathy,” a propulsive and eclectic number off their recent album Father of the Bride.

In the clip, the band members infuse the song with a funk-laden feel, using dual drummers to create the infectious beat and bringing in layers of acoustic and electric guitar. Frontman Ezra Koenig keeps the vocals light as he sings, “Now we’ve got that sympathy/ What I’m to you/ You are to me/ Let’s go.”

Vampire Weekend is set to continue their tour later this month on the West Coast, with stops in Seattle, Portland, San Francisco and Denver. The band will also perform at the Hollywood Bowl in Los Angeles on October 2nd and will finish off the trek with two nights at Red Rocks Amphitheatre October 8th and 9th. Tickets are on sale now (although several shows are already sold out). The band released Father of the Bride back in April, their first new album in six years, which followed 2013’s acclaimed album Modern Vampires of the City.