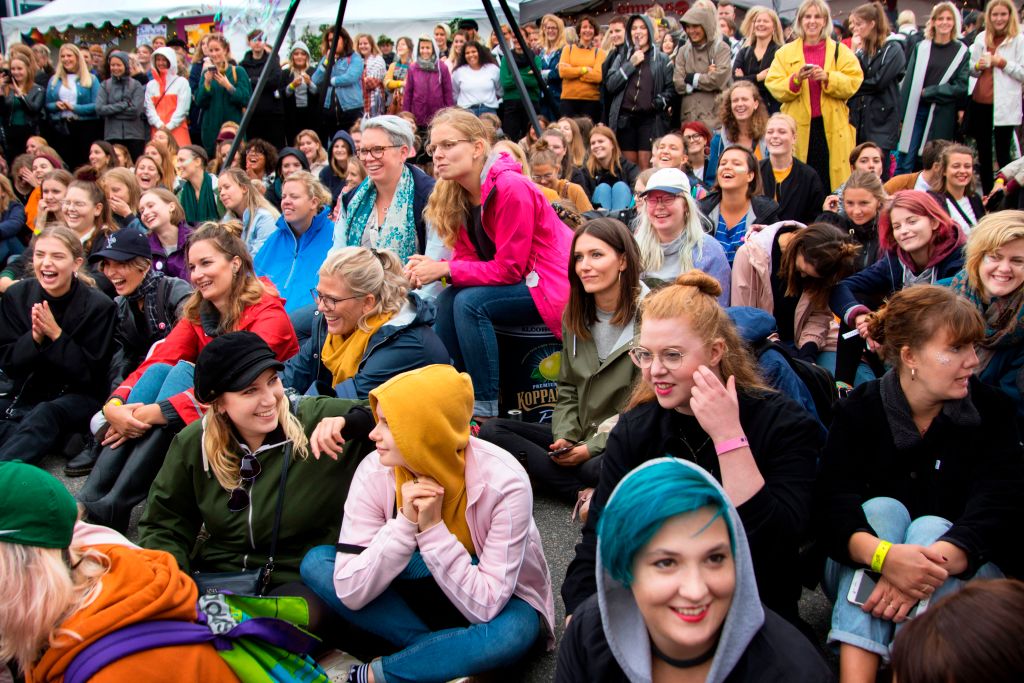 Sweden’s Statement festival, billed as “the world’s first major music festival for women, non-binary and transgender only” people has been excoriated for breaching the country’s ban on gender discrimination.

The Statement festival was held in Gothenburg, Sweden in August following a crowdfunding campaign. Comedian Emma Knyckare founded the event as “a safe space for the people who want to attend a festival without feeling scared for their personal safety.”

Sweden’s Equality Ombudsman ruled that while Statement did not enforce the “man-free event” – festivalgoers were admitted regardless of gender – organizers still infringed the law since the fest “discouraged a certain group from attending the event,” the Guardian reports.

Knyckare launched Statement after four rapes and 23 sexual assaults occurred at the 2017 Bravalla Festival, one of Sweden’s biggest music festivals. The 2018 Bravalla fest was subsequently canceled due to the assaults.

“It is important to point out what an infringement is. These [infringements relate to] statements made before the festival, that they wrote on their website,” the discrimination ombudsman’s press officer said. “Still, we haven’t been able to prove that someone would have been discriminated against in connection with the implementation or that someone would have been rejected.” Since Statement’s alleged discrimination came in the form of words and not actions, no penalties were levied against the festival.

Statement said of the discrimination ombudsman’s ruling on Facebook, “It’s sad that what 5,000 women, non-binaries and transgender experienced as a life-changing festival made a few cis men lose it completely. The success of the Statement festival shows that is exactly what we need and the DO’s verdict doesn’t change this fact. Otherwise, we have no comments. We are busy changing the world.”