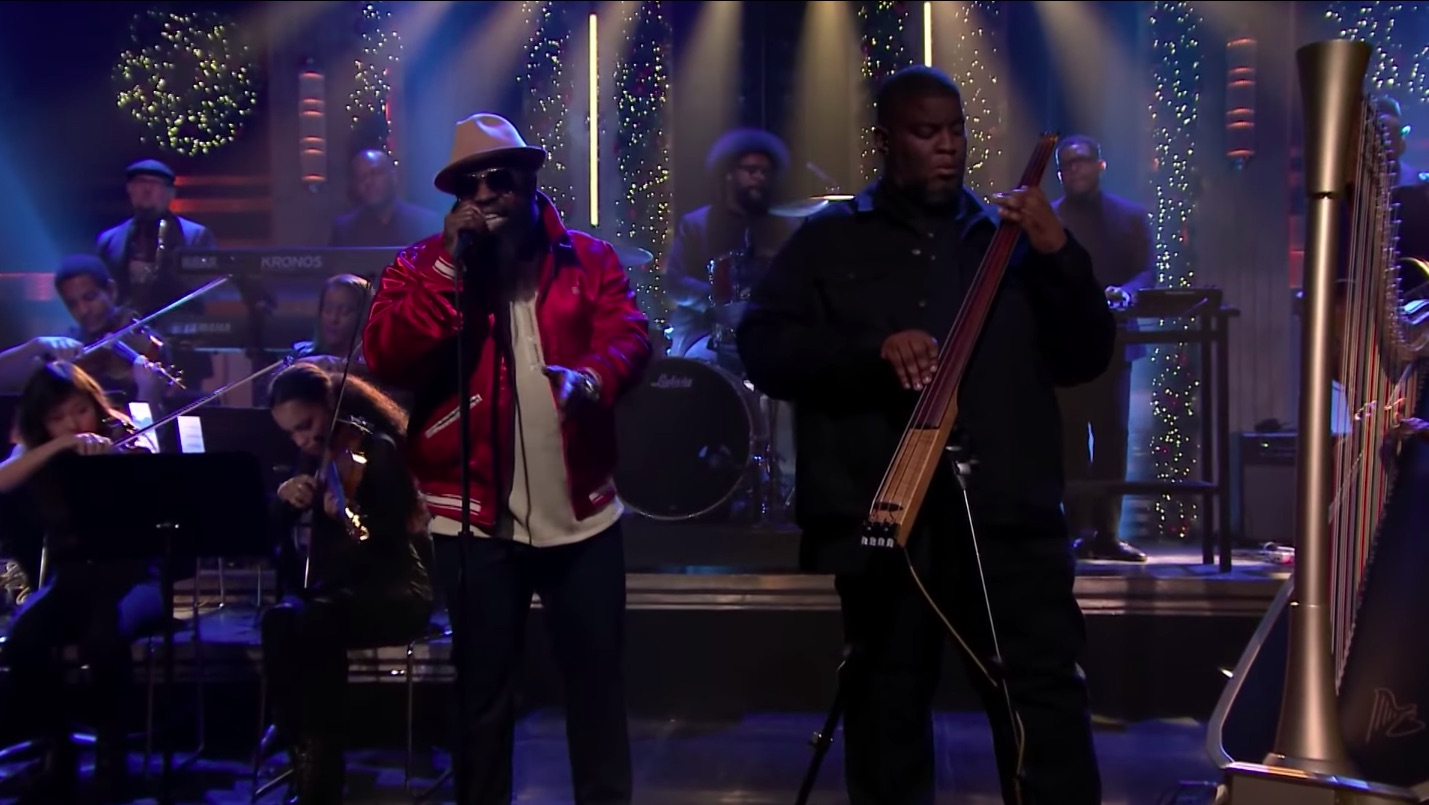 Roots MC Black Thought moved from the bandstand to the main stage to perform his new song with producer Salaam Remi, “Conception,” on The Tonight Show Monday.

The performance also featured members of the Roots and a small string section, who combined to create a lush orchestral sound anchored by Remi’s bass and another unassailable Questlove drum groove. Black Thought opened the song with a soulful belt before falling easily into his stream of consciousness flow as he peeled off pensive bars like, “Once again to the well, I went/ While the soul man screamed bloody hell out there/ I’m tryna decode the meaning of the spell I’m in/ And I don’t even know what hotel I’m in.”