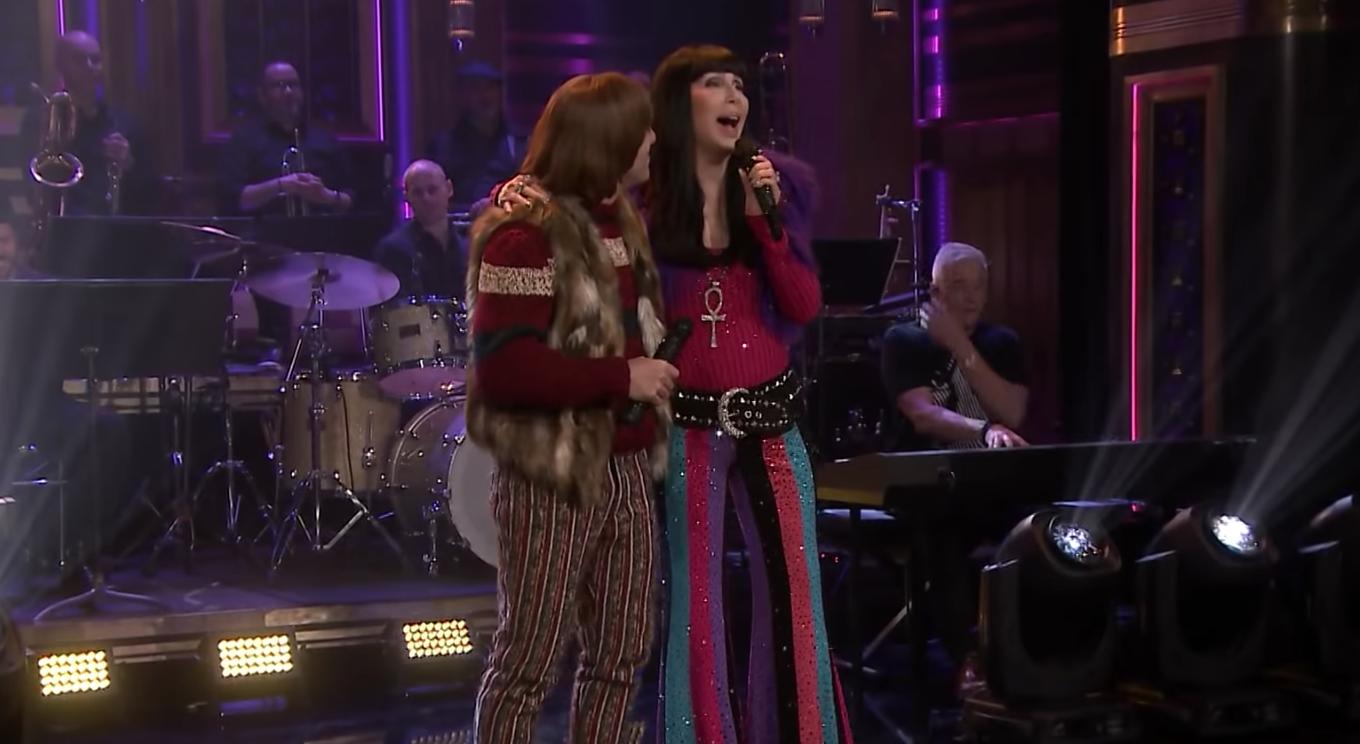 Cher made a surprise appearance on The Tonight Show to perform her single “I Got You Babe” with the cast of “The Cher Show,” a Broadway musical about her life and career. Host Jimmy Fallon dedicated his entire episode to the singer to celebrate the musical.

In the performance, Cher joins actress Micaela Diamond, who plays her onstage, as well as actor Jarrod Spector, who plays Sonny Bono. Midway through the two actors’ duet of “I Got You Babe” the real Cher, clad in sparkling pants and a purple fur vest, appears and replaces Diamond to finish the duet. The singer also joined the cast for a performance of “If I Could Turn Back Time” while Fallon and Cher took on a version of “Believe.”

The Cher Show opened on Broadway in December and is currently playing at the Neil Simon Theatre. It features three actresses in the role of Cher and follows her over the course of her career. The official Broadway cast recording will be out May 10.