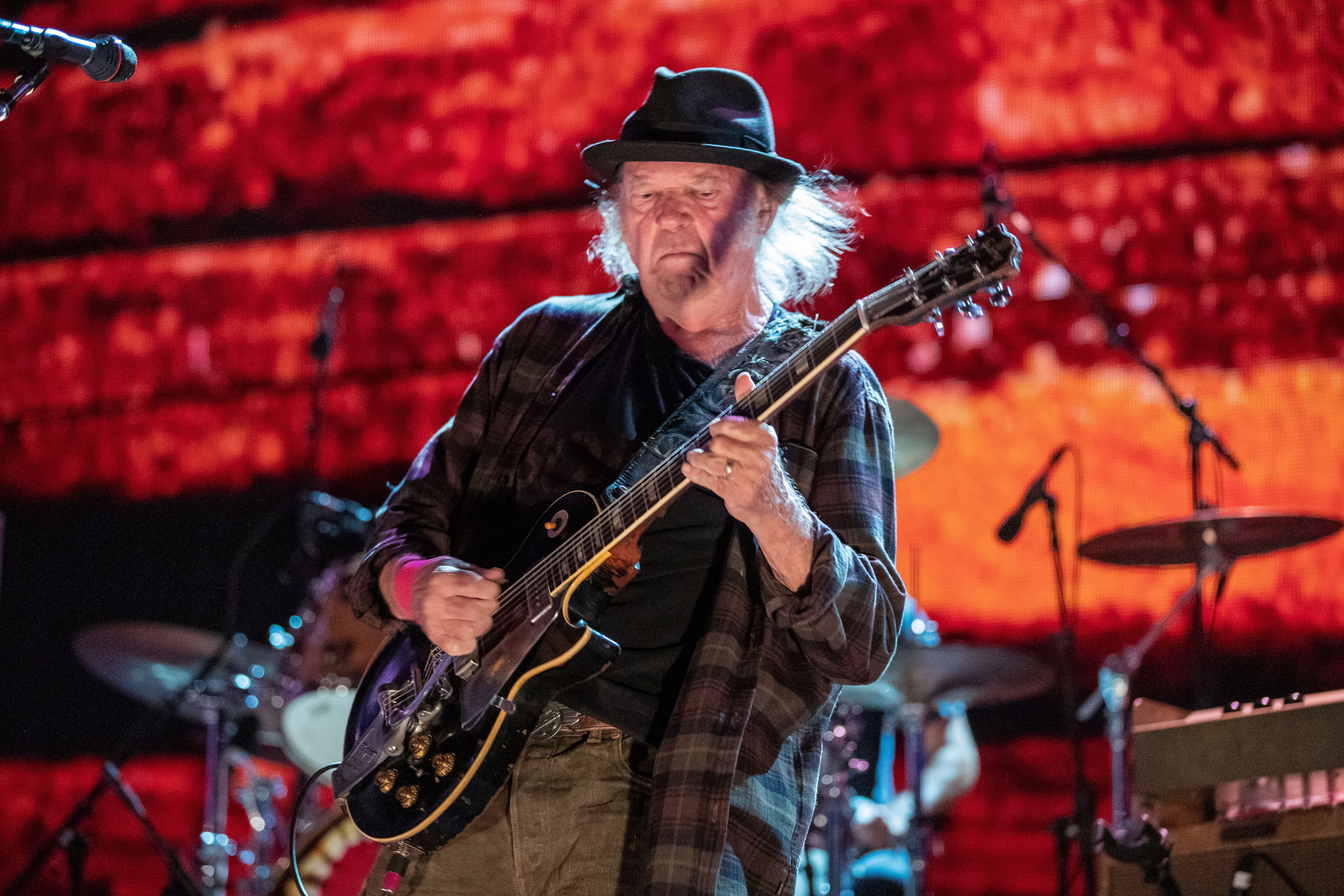 Earlier this year, Neil Young and Crazy Horse gathered at Studio in the Clouds near Telluride, Colorado, to record their first album since 2012’s Psychedelic Pill. The new lineup of the group had played a handful of theater shows since guitarist Frank “Poncho” Sampedro stepped aside and was replaced by long-time Young collaborator Nils Lofgren, but this was their first time attempting to record anything new.

Cameras were rolling the entire time and fans will get a chance to check it out Tuesday evening when the film Mountaintop hits theaters for a one-night-only event. “Witness the laughter, tensions, crusty attitudes and love of a rock & roll band that’s been together for 50 years as they share their passion, first and foremost… for the music,” reads an official description of the film.

Check out this exclusive peek at the movie, via the Abramorama media company, in which Young and Crazy Horse are working their way through the new song “Truth Kills,” which doesn’t appear on the album but is on a bonus 7″ single as a B-Side to “Rainbow of Colors.” Young played a solo acoustic rendition of the song on January 31st, 2019 at the Northrop Auditorium in Minneapolis, Minnesota, but this version was fleshed out in the studio with Crazy Horse.

Young originally told fans that Neil Young and Crazy Horse were going to tour America later this year, but he decided to put the shows on hold to focus on an upcoming slate of archival movies. “We will be in the editing suites for the duration of 2019,” he wrote in a post on the Neil Young Archives website titled “Archives Films Projects Takes Precedent.” “Thanks for coming to our shows! We plan to be back in 2020!”

In recent years, Young has eschewed traditional tours in favor of brief bursts of activity in select markets. Tickets are offered first to members of his Neil Young Archives website and there is minimal advance warning. Most recently, he performed at Farm Aid in East Troy, Wisconsin, and the Murat Theater in Indianapolis, Indiana. Those shows were both with Promise of the Real, but over the past year he’s also played solo acoustic and with Crazy Horse.