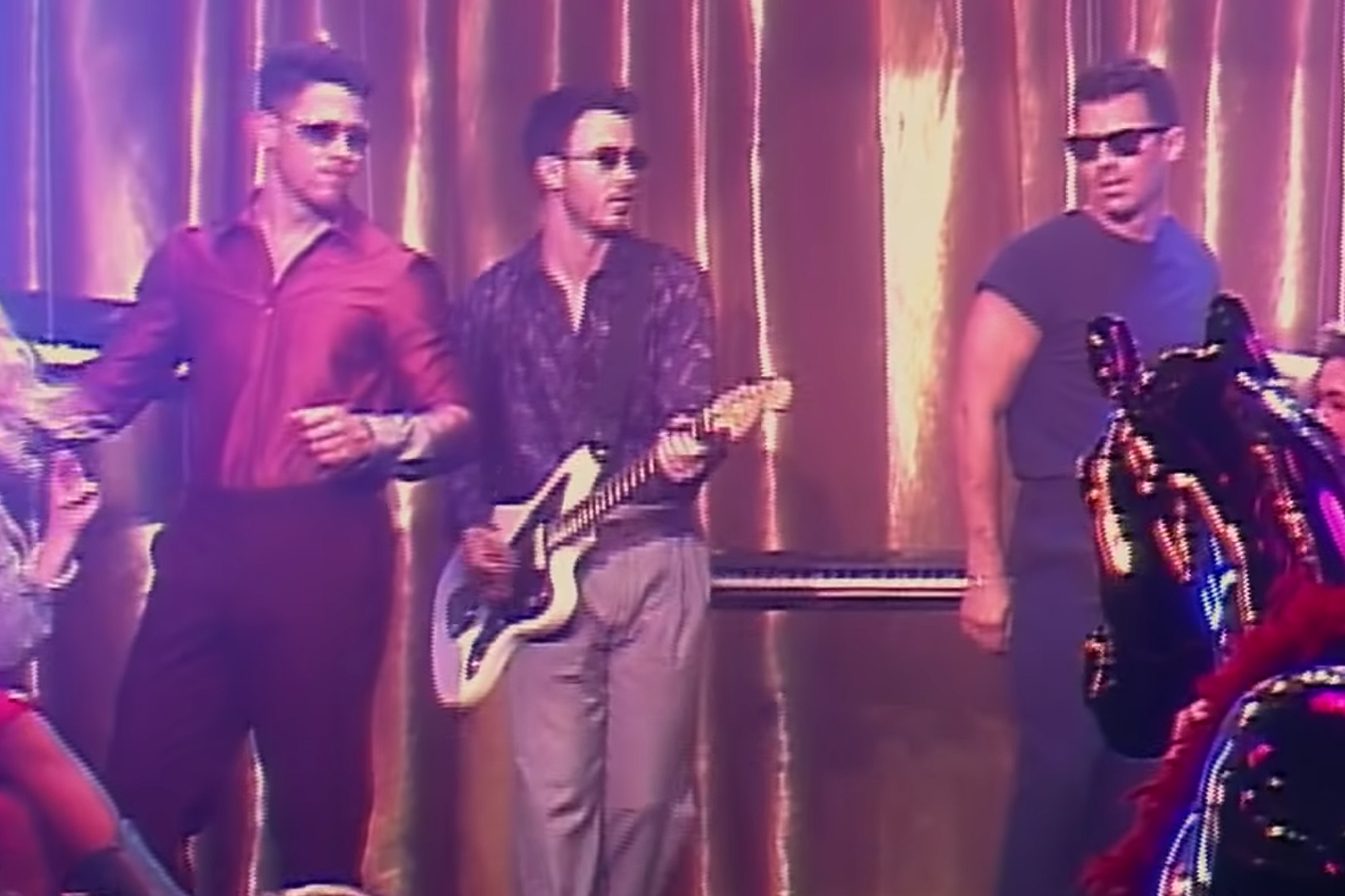 The Jonas Brothers unveiled an Eighties-washed video for “Only Human,” the latest single off their June album Happiness Begins.

In a small club adorned with ceramic horses and a giant disco ball, the trio perform for a packed audience who sing along and crowd around them on stage. They play with prop phones, get surrounded by bubbles and show off a slew of dorky dance moves all while wearing opaque sunglasses and throwback outfits. They even find themselves outside, with Joe Jonas standing atop an old school NYC taxi. The video ends with the driver of said taxi yelling at them for blocking his route.

The Jonas Brothers announced their comeback in late February and released their single “Sucker” soon after. Happiness Begins marked the band’s first album since 2009’s Lines, Vines & Trying Times, and the LP was accompanied by a documentary about their career and reunion called Chasing Happiness.

The Jonas Brothers are touring North America in support of the album through October 20th, though they’ve got another leg scheduled to kick off November 12th in New Orleans.