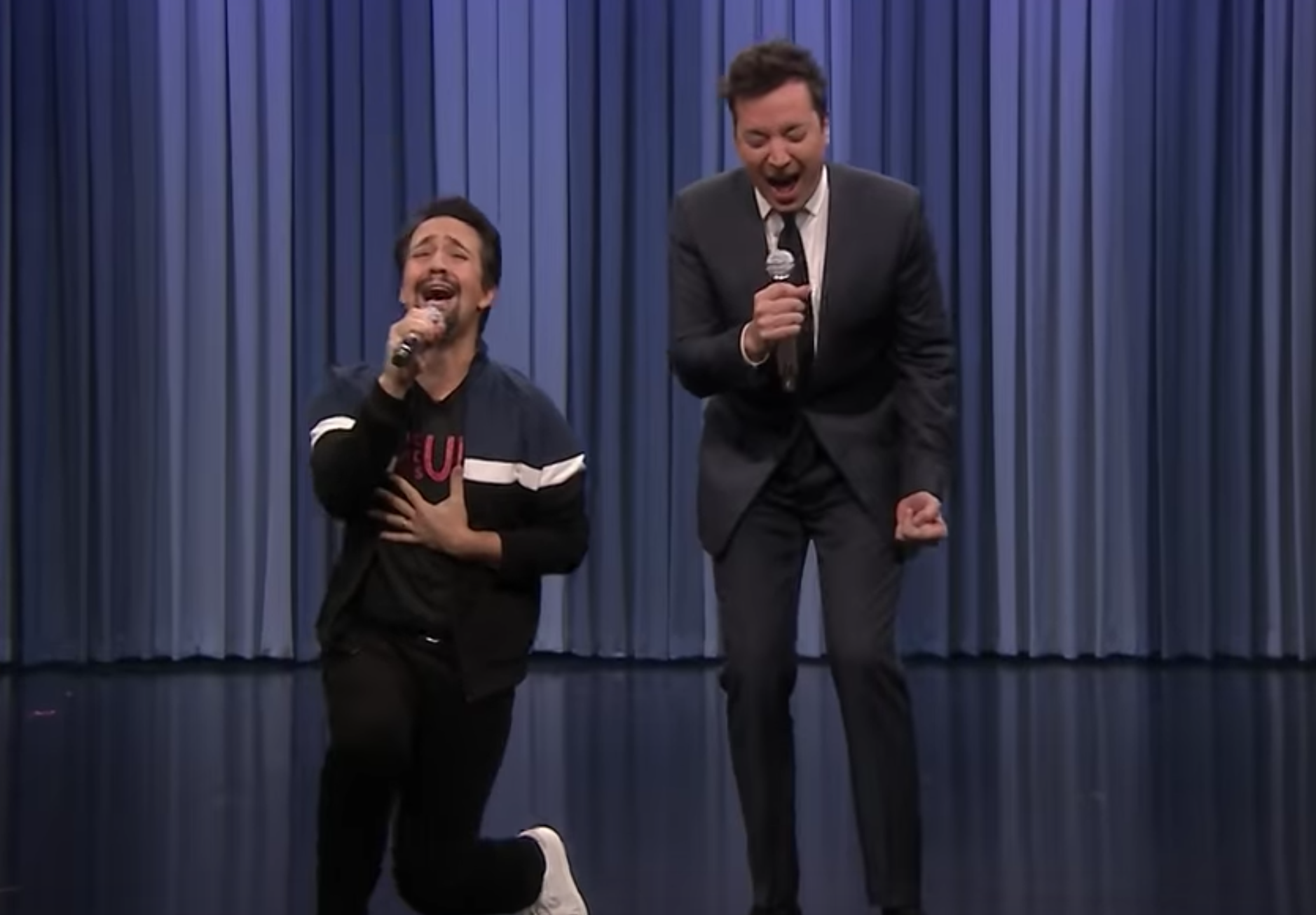 Lin-Manuel Miranda joined Jimmy Fallon for some holiday cheer as the duo parodied tracks from artists like Migos, Ed Sheeran, Ariana Grande and Cardi B with Christmas-themed lyrics. After Miranda appeared onstage and mentioned he had an idea, Fallon asked, “Are you saying that we should sing a medley of popular songs from 2018 but change the lyrics to make them about the holiday season?”

Fallon and Miranda took to the stage with a few sultry dance moves, switching up the words to Camila Cabello’s “Havana” to be about a drunken mall Santa. They also took on Shawn Mendes’ “My Blood,” transforming the lyrics to say “my Secret Santa sucks,” and gave Zedd, Grey and Maren Morris’ “The Middle” a Hanukkah spin. Ed Sheeran’s “Perfect,” Post Malone’s “Better Now” and Cardi B’s “I Like It” also became your new holiday classics. Miranda even added a few raps to the latter, spitting, ““Now I like giving/I like shopping/I like stuffing all my stockings.”

But the best new lyrics came in the form of Ariana Grande’s “No Tears Left To Cry.” “Right now I’m getting drunk on wine,” the duo sang. “I’m Christmas shopping on Amazon. Oh, what the hell did I buy? I’m sobering up, I’m sobering up.” Been there.

Miranda also sat down with Fallon for a traditional interview during the show. The Mary Poppins Returns star announced that The Tonight Show will air a special episode in Puerto Rico on January 15th, during which Miranda will reprise his role in Hamilton alongside the play’s touring cast.