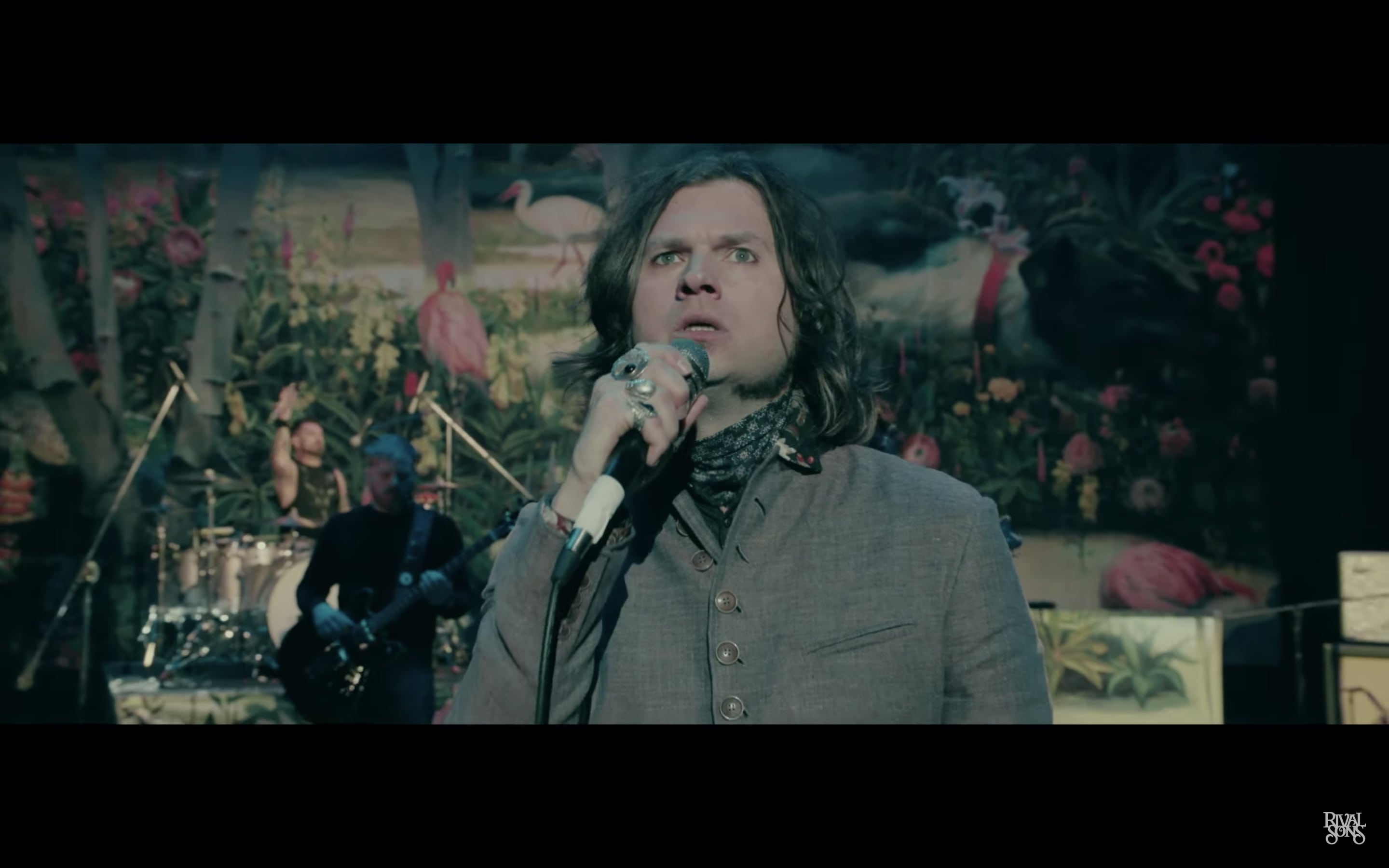 Rival Sons play a feverish version of “Too Bad” to an empty theater in the song’s new video. The clip cuts between polished shots and grainy, VHS-quality footage, adding an eerie touch to the hard rock band’s performance.

“You miss me so much/And now you’re burning with that old flame, yearning for my old game,” howls frontman Jay Buchanan over bluesy, detuned riffs and deft triplet drum fills. “You tremble when you hear my name/You miss me so much/Well, that’s too bad.”

“Too Bad” highlights the California band’s recently issued sixth LP, Feral Roots, which also features the previously issued “Do Your Worst,” “Back in the Woods,” “Look Away” and the title-track.

Rival Sons are currently touring behind the album on a headlining North American run that continues April 17th in Philadelphia and runs through May. Their summer itinerary also includes festival spots at Bonnaroo and Woodstock 50.

Steamboat Springs
clear sky
58.3 ° F
64.4 °
51.8 °
42 %
1.3mph
1 %
Wed
74 °
Thu
75 °
Fri
80 °
Sat
78 °
Sun
68 °
ABOUT US
KQZR – The Reel is the Yampa Valley’s classic rock radio station that’s true to its name. Playing classic rock and roll from the 60’s, 70’s, 80’s and 90’s, Colorado KQZR – The Reel is the music you grew up with. Our library of Rocky Mountain classic rock includes all the artists you expect: The Beatles and the Rolling Stones, Fleetwood Mac, Led Zeppelin, The Who, The Eagles and Lynyrd Skynyrd, with some Petty and Clapton thrown in for good measure. All your favorites, plus some deeper cuts and live versions. KQZR – The Reel plays the music you know. Classic then – still classic now.