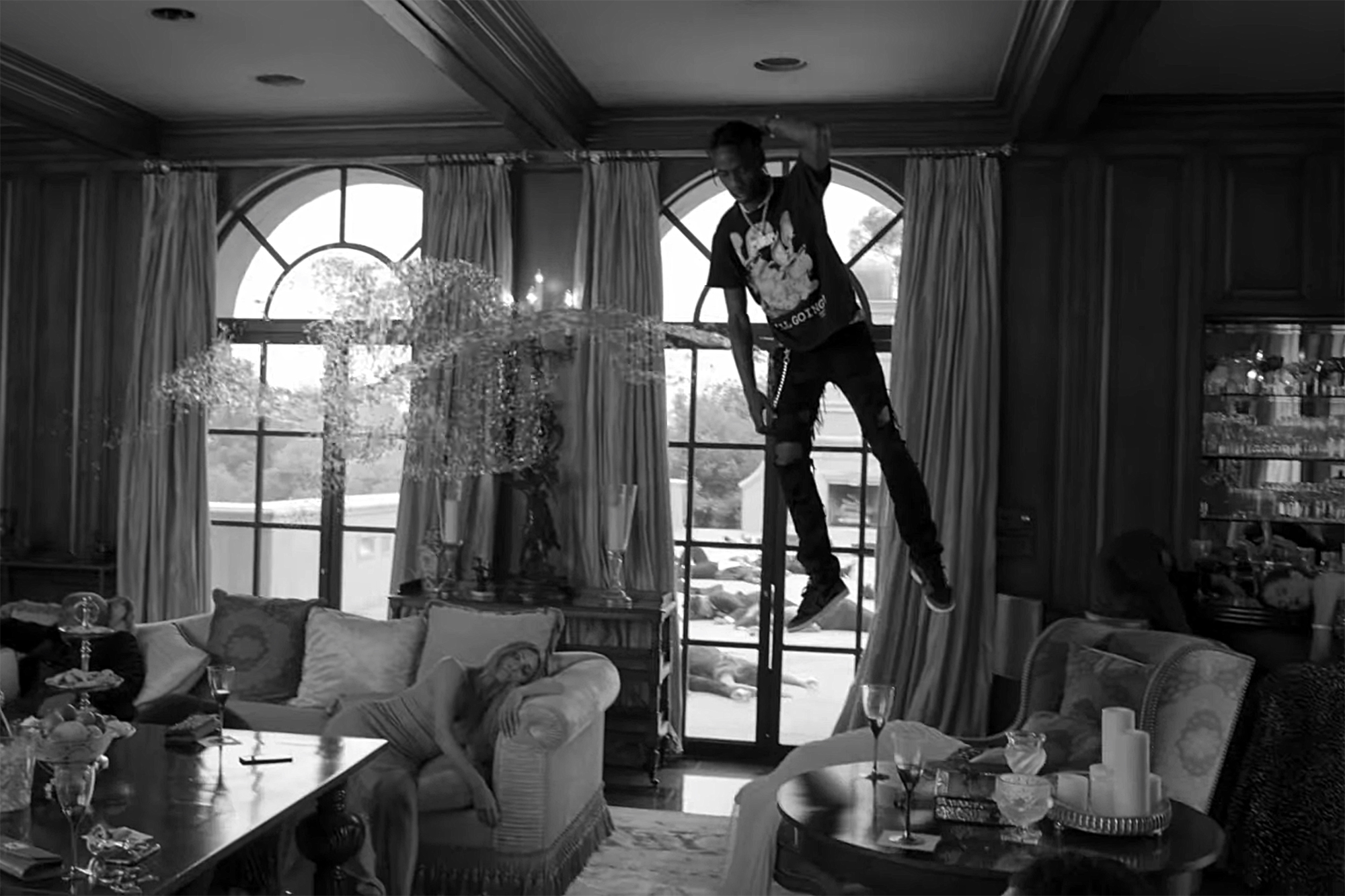 Travis Scott wanders through the eerie aftermath of a ritzy party in the new video for his Astroworld track “Wake Up,” directed by Jonah Hill.

The black-and-white clip finds Scott wandering through a massive mansion littered with lifeless bodies dressed in suits and gowns. The already-confounding scene gets a healthy dose of the supernatural when various items – and Scott himself – begin to float through the air, the walls catch on fire and the bodies themselves begin disappearing into dust. The clip ends with the haunting images of a completely slack Scott being held up by a floating web of water above the pool.

Scott released Astroworld last August, notably notching his first Number One hit with “Sicko Mode,” featuring Drake, Swae Lee and Big Hawk. While the rapper has yet to release any new solo material in 2019, he’s appeared on collaborations with The Weekend and SZA (“Power Is Power”), ScHoolboy Q (“CHopstix”) and, most recently, Ed Sheeran (“Antisocial”). Hill also recently helmed the video for Vampire Weekend’s “Sunflower.”