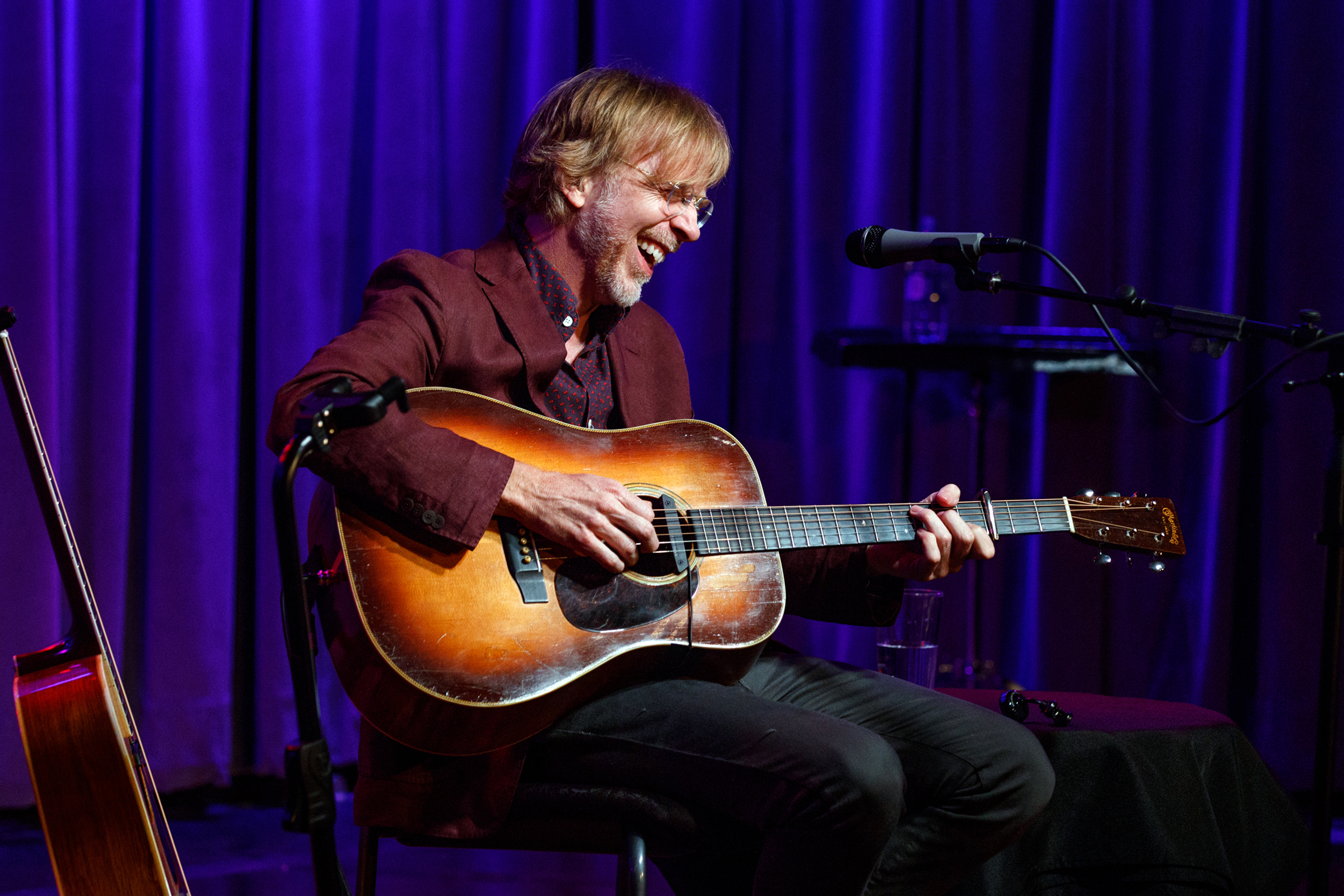 JamBase shared a fan-shot video of the performance in which Anastasio turns the lush tune into acoustic ballad. “Oh, the sermons are the first to rest/ Smoke on Sundays when youʼre drunk and dressed/ Out the hollows where the swallow nests,” Anastasio sang over nimble finger picking, giving a sense of what “Towers” might’ve sounded like had Bon Iver recorded it during the For Emma, Forever Ago era.

Following the cover, Anastasio joked to the audience that it was “kind of embarrassing coming to someone’s town and playing their song… but I love that song and I love that album.”

Vernon, in turn, is an avowed Phish fan, and recently discussed the band’s role in shaping his ideas about music and improvisation during an interview on Ezra Koenig’s Beats 1 show, Time Crisis. “My community of friends in high school, that was our music,” Vernon said. “The sense of improvisation — very alive.”

Coincidentally, Koenig also came up during Anastasio’s Eau Claire concert, as JamBase notes. Anastasio reportedly told the crowd about a dream he had in which he and Koenig went to see a Tool concert where, for some reason, Tool was dressed as an Eighties hair metal band.

Anastasio has a handful of dates left on his fall solo tour. His next show is tomorrow, October 23rd, in Canton, Ohio, while the run wraps October 30th in New York City.