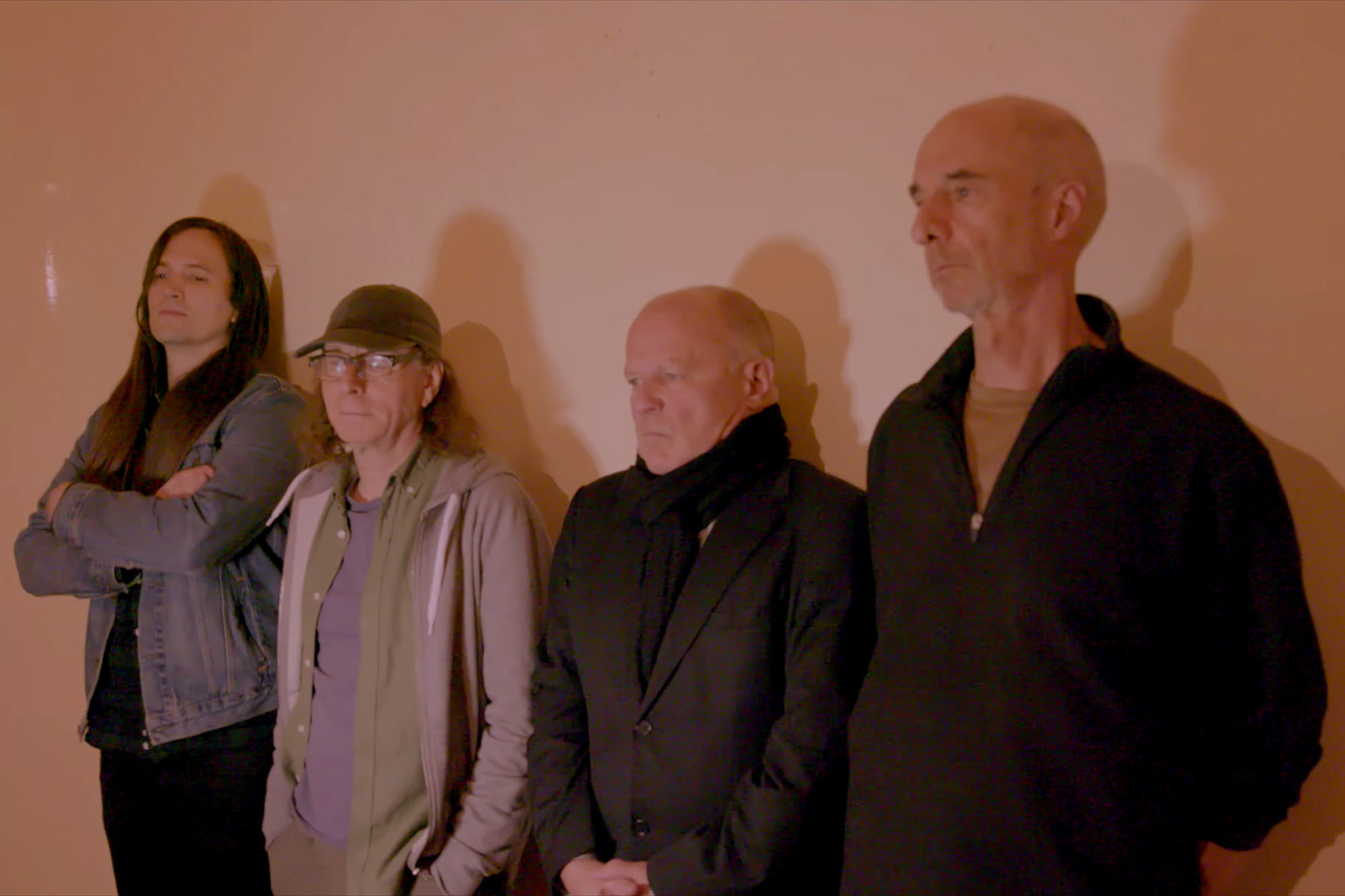 “You better watch your step, you shouldn’t place your bet,” singer-bassist Graham Lewis sings serenely on the chorus of Wire’s new single “Cactused,” which will appear on their upcoming album, Mind Hive.

Lewis’ lines are like the polar opposite of singer-guitarist Colin Newman, who sings upbeat, Dada-like verses about “the collective … algorithmically scanning.” They play propulsive, driving riffs, but there’s still something gentle about it. The record, which is the band’s 17th studio album, is due out January 24th.

The imagery in the video for the song comes from an upcoming documentary about the group, People in a Film, which will come out in late 2020; the film’s producers met their crowdfunding goal last summer. The group is collaborating with the filmmakers on the picture, which, they say, “aims to express the very essence of the band — the personalities, their music, their worldview, their history and their future.”

The band will embark on a short U.S. tour this spring after the album comes out.

In a 2017 Rolling Stone interview about the band’s 40-year history as the preeminent cult post-punk band, Lewis looked back on how the band started out and why the songs on their influential debut, Pink Flag, were so short.

“We became rather fascinated with the beginnings and endings of songs and putting shocking stops in — like the one in ’12XU,’” he said. “The shorter songs developed naturally. When the words ran out, Colin said, ‘That’s it.’ We went, ‘Yes, why not?’ It used to drive the punks nuts. They’d sort of get pogoing, and then it would stop. We always thought it was really funny.”