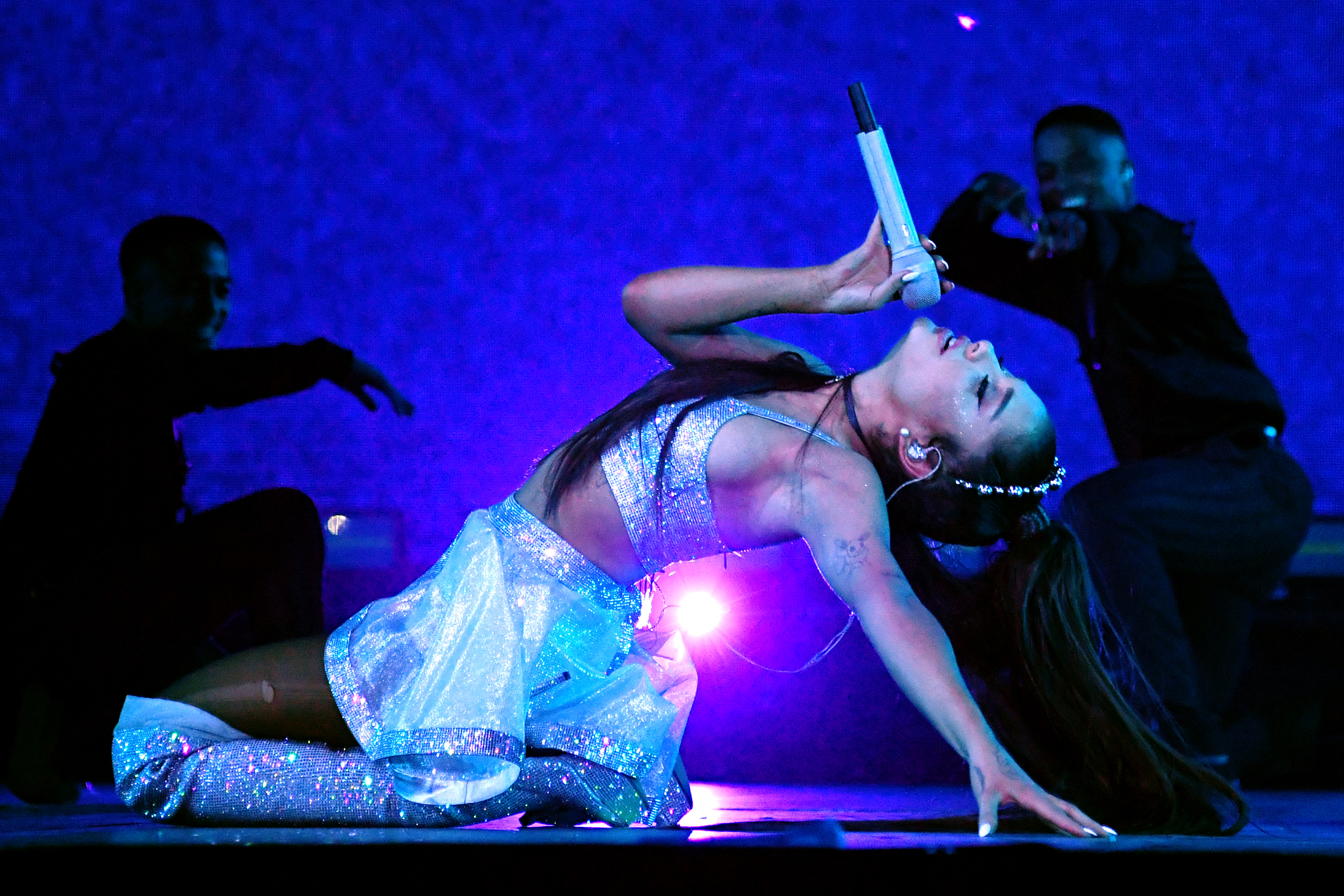 Ariana Grande gave a star-studded headlining performance at Coachella on Sunday – the first of two headlining sets for the festival. The 25-year-old pop princess appeared in a Queen Victoria meets Sailor Moon getup, launching straight into “God Is a Woman.” Then we were off to the races. Within three songs, Grande proclaimed: “I’ve been practicing my whole life for this moment! I could die now.”

Of course, she was talking about using her big moment bringing onstage her childhood idols, ‘NSYNC, who were definitely surprised to be part of a headlining Coachella set in 2019. So they pulled out all the choreographed stops and angled fist-pumps for “Tearin’ Up My Heart” after the scintillating mashup of her song “Break Up With Your Girlfriend, I’m Bored,” which interpolates their No Strings Attached cut, “It Makes Me Ill.”

Grande continued with a few more songs off of Sweetener and an interlude featuring audio from Goldie Hawn in The First Wives Club (“You think just because I’m a movie star, I don’t have feelings. Well you’re wrong…I have feelings!”), when Nicki Minaj appeared onstage to perform “Side to Side” and “Bang Bang” with Grande. Despite technical difficulties with Minaj’s mic, the two worked up the crowd with the help of a small brigade of backup dancers that paraded around the stage’s runway.

Grande next performed “7 Rings,” featuring a car with an “Arichella” tag, as well as a heartfelt rendition of “Breathin’” accompanied by a live orchestra. After changing into a pale blue chiffon outfit, she performed her Childish Gambino collaboration “Break Your Heart Right Back,” including all of Childish Gambino’s vocal parts (despite headlining the festival on Friday, the rapper did not make an appearance during Ari’s set).

#ARICHELLA: @ArianaGrande brings out @Diddy and Mase at #Coachella to perform ‘Mo Money Mo Problems’ as a tribute to Biggie, 2 Pac, and Mac Miller ❤️ pic.twitter.com/EIqnT878hx

She was then joined by Mase and P. Diddy for a rousing rendition of “Mo Money Mo Problems,” paying homage to deceased rappers Notorious B.I.G., Tupac and Nipsey Hussle, with an aside to Grande’s former partner Mac Miller. “My sister has been through a lot, but she’s still standing!” exclaimed Diddy.

Wrapping up the show were a few more surprises in store: during the Imogen Heap cover “Goodnight N Go,” WALL-E and EVE from the Pixar film WALL-E appeared, romantically floating in space behind Grande. And Grande’s performance of “The Light Is Coming” exchanged Pharrell’s pulsating, minimalist beats for a guitar-heavy, punk rock sound. She closed the show with three of her biggest hits: “Break Free,” “No Tears Left to Cry,” and “Thank U, Next.”