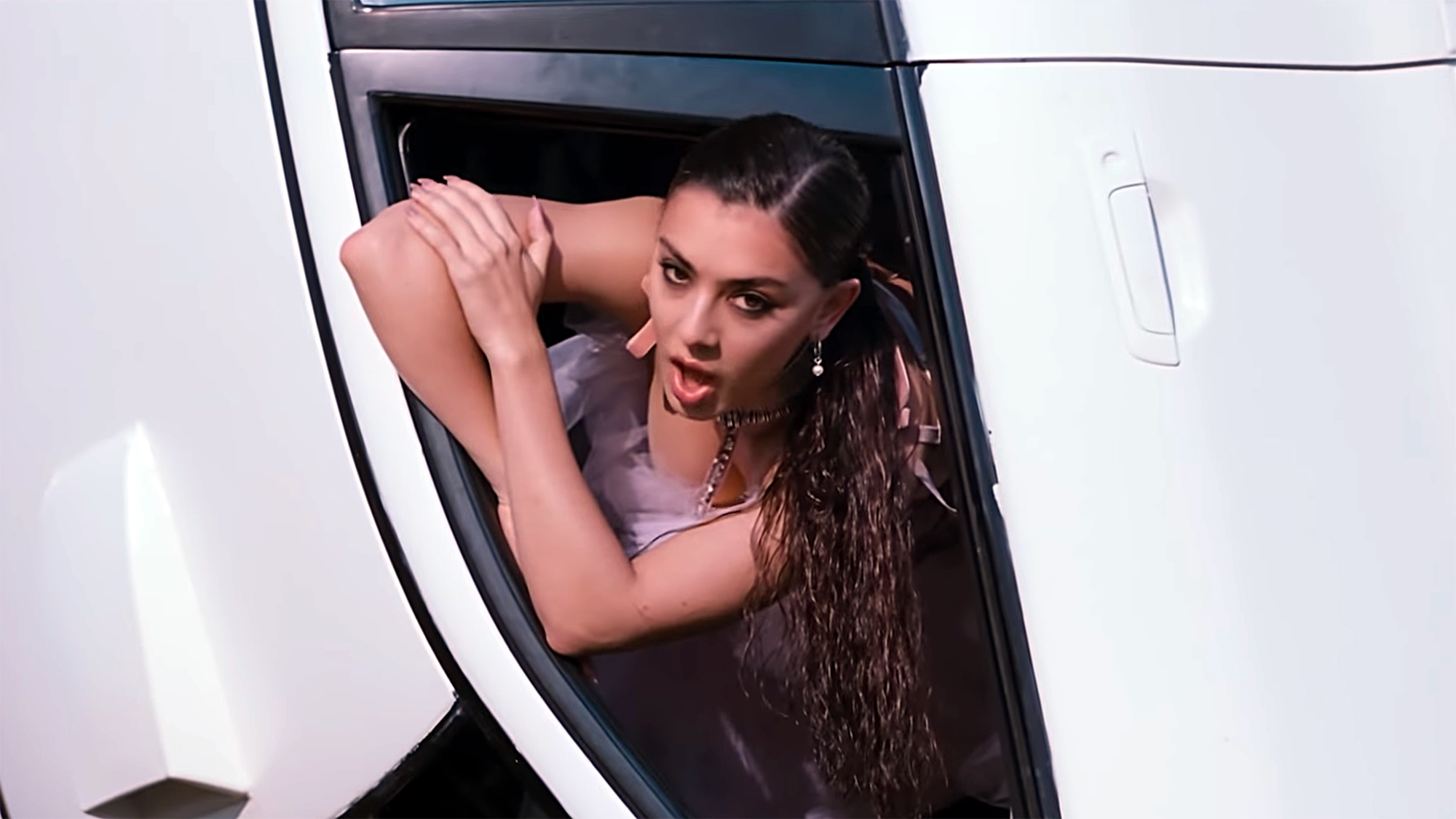 Charli XCX has unveiled her video for “White Mercedes,”  and it’s an action movie wrapped in pink tulle.

In the clip, directed by Colin Solal Cardo (who also directed the video for “Gone,” featuring Christine and the Queens), the pop star performs while inside of a white sports car — which is hanging upside down. The song comes off her latest album, Charli.

Later, the car goes up in flames, but thankfully not with Charli inside.

The singer also hangs out with a galloping white horse, rides in the back of a white monster truck and watches some more cars get smashed to pieces by that same monster truck.

Charli XCX previously released the video for “2099” with Troye Sivan (who also collaborated with her on the track “1999”). She also  appeared on The Tonight Show to perform a mash-up of Icona Pop’s “I Love It” (which she featured on, and was one of her earliest hits) and Depeche Mode’s “Just Can’t Get Enough” with Jimmy Fallon.