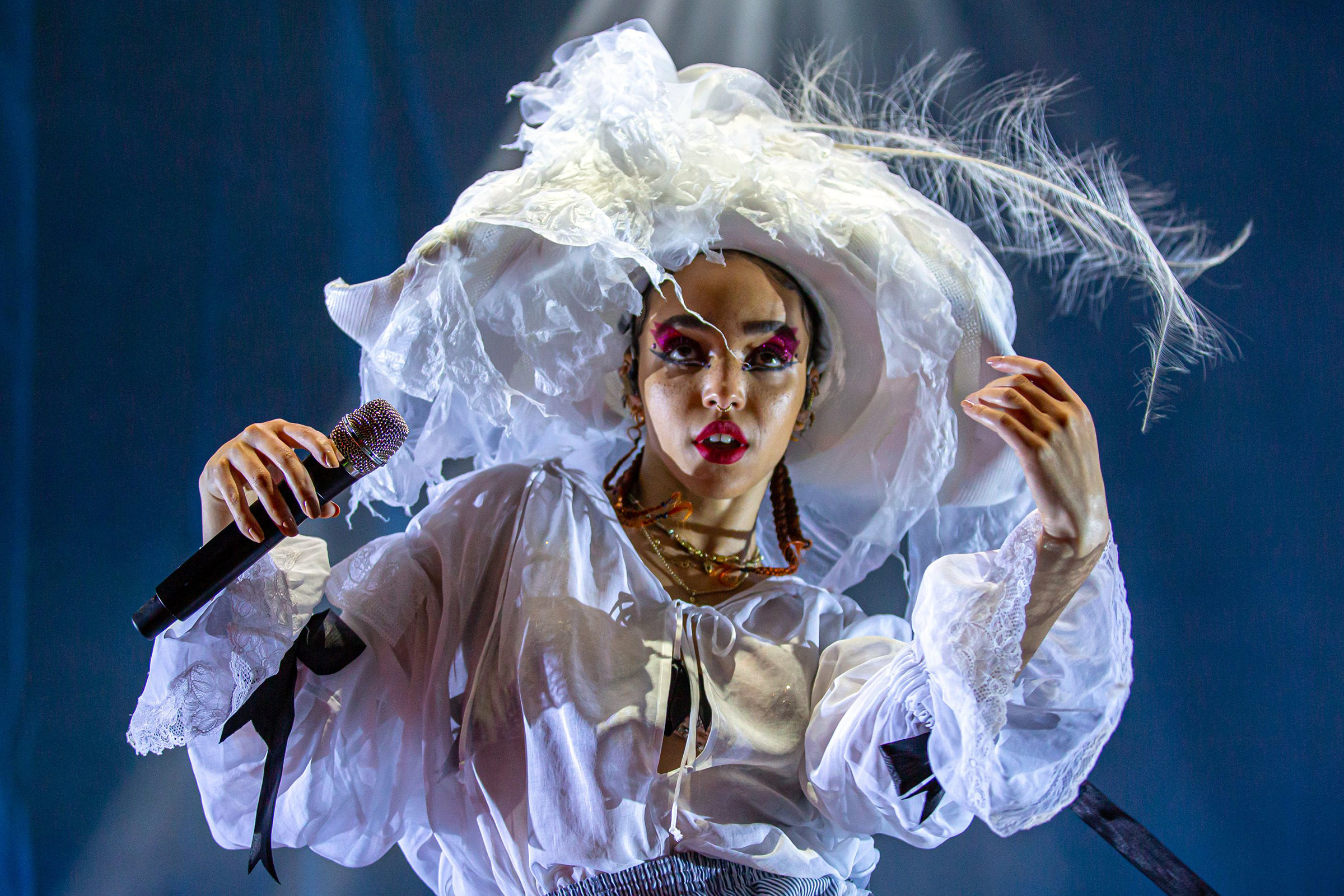 FKA Twigs‘ album Magdalene, her followup to 2014’s LP1, is out now. To coincide with its release, the U.K. performer sat down for an interview with Zane Lowe on Apple’s Beats 1 Radio in which she discussed her maturity on her new record

“I’ve always written from a really honest place, but an honest place at 22 or 23 with your life experience is different to an honest place [now],” she said. “It’s one thing showing people your heart when you’re feeling sexy and sassy and you’re 22, 23 running around New York like miss thing — I’m discovering my sexuality, that’s hot. Know what I mean? But then it’s another thing where like, ‘Oh, I’m broken now.’”

She revealed that she considers the bridge on “Sad Day” to be the most emotional part of the album for her, and discussed all the media attention she got surrounding her very public relationship and breakup with actor Robert Pattinson.

Now that FKA Twigs has healed from the laparoscopic surgery she underwent in December 2017, she’s practicing a new talent that she’s added to her roster of music, dance and swordfighting: Wushu martial arts, which she discovered through the director Chloe Zhao (The Rider).

“We kind of had quite a fun but lonely and disastrous Cannes Film Festival together a few years ago,” Twigs recalled. “Chloe was a relatively new director then; she’s now going on and is directing an incredible Marvel movie. We just ended up hanging out together for the whole of Cannes, sort of like two misfits. And she’s Chinese and she said to me like, ‘Oh, you should have a look at Wushu, with your movement and stuff, I think you’d really love it.’ And I was like, OK.”

After flying back to L.A., she Googled “Wushu LA” and was able to find a teacher, Master Hu, who choreographed for the Chinese Olympics. He also trained her in sword dance, which she uses in her Magdalene live show.

“I named my sword Lilith [Adam’s first wife], who said she didn’t want to be subservient to men. So she got banished to hell,” FKA Twigs said. Of the sword dance, she admitted, “You can hurt yourself. Yeah, [Lilith] sends me warnings every now and again, but only when I’m not concentrating. It’s the same with pole as well; I think that’s why I like it. It’s like that kind of present mind.”