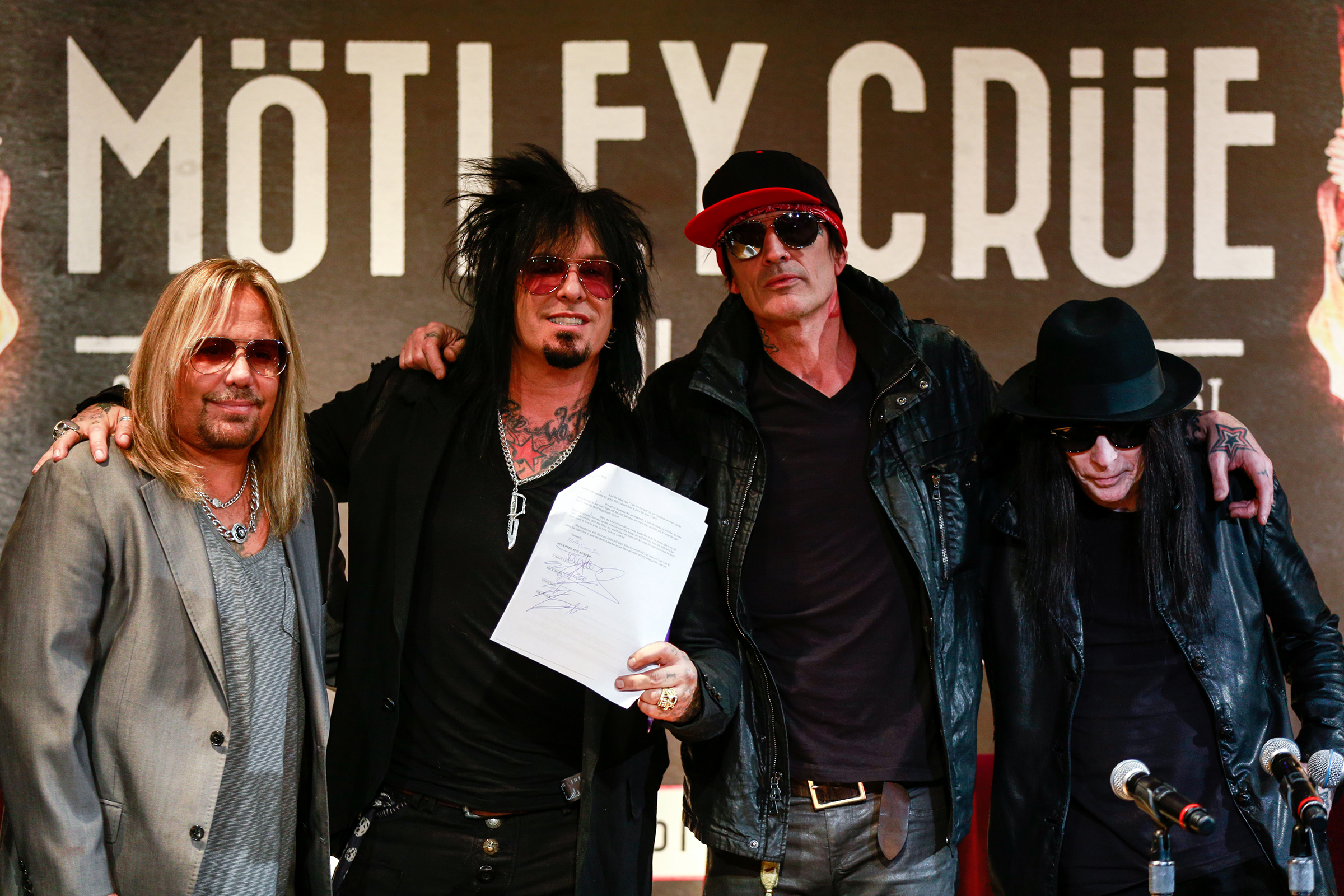 On January 28th, 2014, Mötley Crüe invited the press to the Hotel Roosevelt in Los Angeles to announce their “Final Tour.” Sitting in front of tombstones with their names on them, the four members explained why they were serious about wrapping up the band forever. “We started talking about it a few years ago,” Vince Neil said. “You know, we didn’t want to be one of those bands that maybe have one guy left in it or somebody’s brother or something like that. We want to go out with the four founding members of Mötley Crüe and go out on top, and leave a legacy of a band called Mötley Crüe.”

Nikki Sixx echoed the sentiment. “We want to leave a legacy,” he said. “We want to have some dignity. We feel there’s a lot of bands out there that don’t have dignity. We started this band as something we believed in and we want to call it a day and be proud.”

The band’s attorney, Doug Mark, then spoke about their “cessation of touring” document. “That’s not a phrase that anyone has used before,” he said. “There has never been such a thing as far as I know. It’s an agreement that binds the four of them to not utilize the trademark for touring in the future.”

The band then signed it one at a time and held it up for the cameras, though they refused repeated requests to actually show the thing to the press in the following weeks and months as they toured all over the globe. They did talk about their pledge to never tour again on several occasions. “If we did agree [to another tour], the way we’ve set it up — including this conversation right now — we’d have so much egg on our face,” Sixx told Rolling Stone. “We have so much pride that that alone would stop it.”