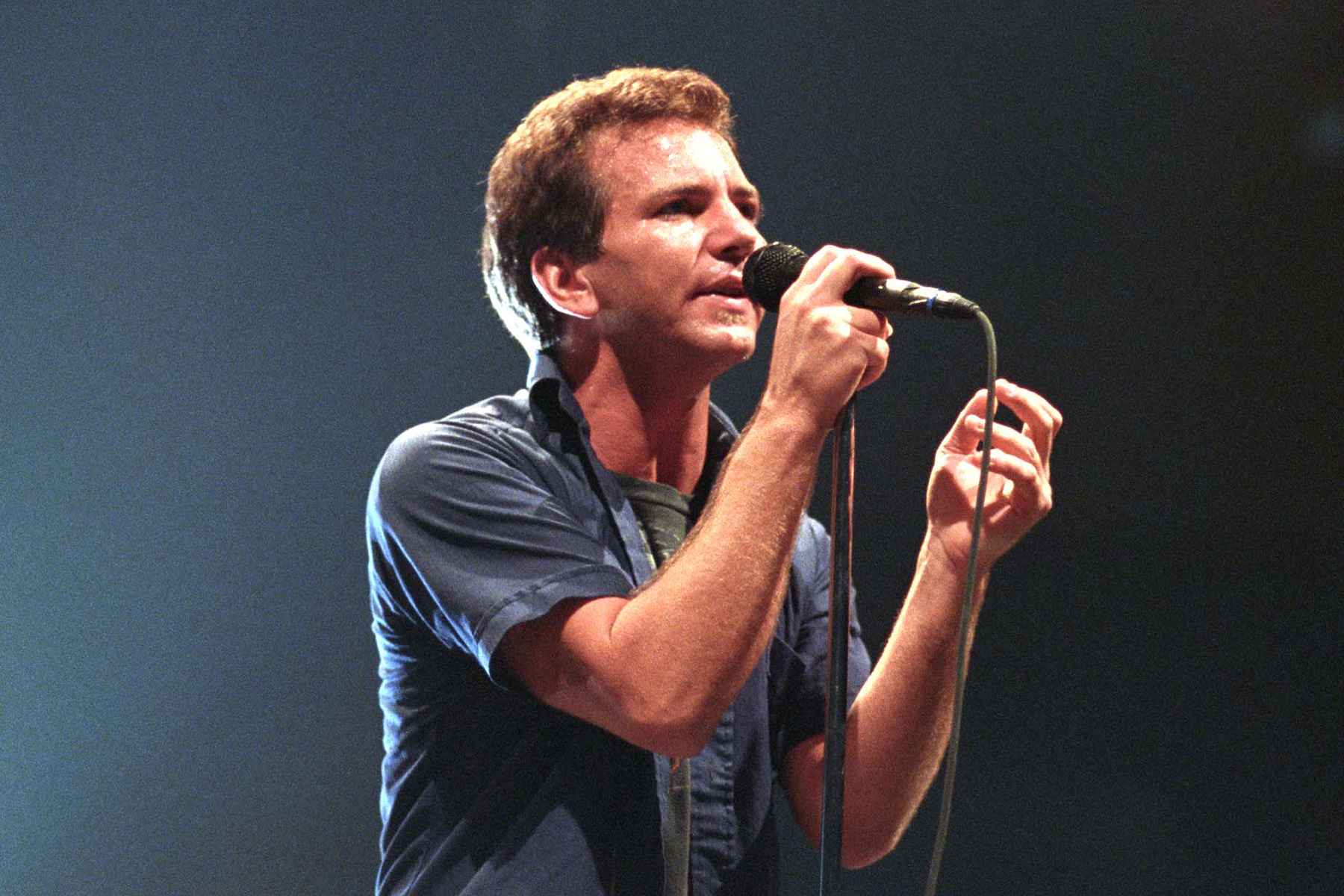 Pearl Jam are releasing their new album Gigaton tomorrow, but this isn’t exactly how they envisioned release week when they plotted it out late last year. They were supposed to be four shows into a North American arena tour by now with a special gig tonight at New York’s Apollo Theater that would be broadcast live on SiriusXM. They were one of the first major acts to postpone their tour when the coronavirus started spreading across America, but the Gigaton release date wasn’t affected.

One of the new songs from Gigaton, “Quick Escape,” is about a desperate desire to flee Donald Trump’s America and find peace elsewhere. “Crossed the border to Morocco,” Eddie Vedder sings. “Kashmir to Marrakech/The lengths we had to go to then/To find a place Trump hadn’t fucked up yet.” By the end of the song, the narrator winds up on Mars, dreaming about the old days of “green grass, sky, and red wine” before the world started spinning out of control.

This isn’t the first time that Pearl Jam took on an unpopular Republican president by name in a song. That happened back in 2002 with the release of “Bu$hleaguer” on Riot Act. “A confidence man, but why so beleaguered?” Vedder sings. “He’s not a leader, he’s a Texas leaguer/Swinging for the fence, got lucky with a strike/Drilling for fear, makes the job simple/Born on third, thinks he got a triple.”

This was just a year after 9/11 and George W. Bush was wildly popular. And when Pearl Jam played the song at Long Island’s Nassau Coliseum on April 30th, 2003, the Iraq War was weeks old and support for it, along with the president, was quite high. Check out video from that night where Vedder sings the song while holding a Bush mask in his hand that he eventually impales on a mic stand.

Long Island may be extremely close to New York City, but it’s significantly more conservative and Vedder faced a torrent of boos during the bit. “I don’t understand,” he said afterwards. “Maybe you like him because he’s going to give you a tax cut. Maybe you like him because he’s a real guy that relates to you because he’s so down home.” The crowd then begins chanting “U.S.A.!” over and over. “I’m with you,” Vedder says. “U.S.A. I just think that all of us in this room should have a voice in how the U.S.A. is represented and he didn’t allow us our voice. That’s all I’m saying.”

“We love America,” he continued. “I’m standing in front of a stage in front of a big crowd. I worked at a goddamn drug store. I love America, right? This is good. This is open, honest debate. That’s what it should be. If we keep this back and forth, good things will happen. If you don’t say anything, you don’t know what’ll happen. Because we are on the brink of forever. If we don’t participate with where this thing is going when we’re the number-one superpower in the world … you want to have a part in it and make sure it’s the right thing. Plus or minus, be active. This is a good thing.”

They followed up the song with covers of the Clash’s “Know Your Rights” and Neil Young’s “Rockin’ in the Free World” before wrapping up the show. The incident made the news and caused a brief fan backlash, but it was nothing like the Dixie Chicks were facing at the time. The previous month, they told an audience in London that they were “embarrassed” that Bush was from Texas. It was a very brief statement, but it went viral and did enormous damage to their careers. Albums were bulldozed, country radio stopped playing their songs and they were called vicious names by right-wing pundits.

The incident was just a very minor speed bump for Pearl Jam, but they haven’t played “Bu$hleaguer” a single time in the past 13 years. (Message aside, it’s just not that great a song. Also, playing it in the post-Bush era doesn’t make a lot of sense.)

Pearl Jam are still supposed to begin a European tour in late June, but that seems like an iffy proposition at this point. Whenever they play again, we’ll see if Vedder has a Trump mask in hand when they break into “Quick Escape.” The boos probably won’t be quite as loud this time.